Echoes of Valhalla podcast series is divided into five episodes of 15 minutes each and offers the first immersive audio historical documentary series in audio for Assassin's Creed. Comedians, well-known experts and reconstructed scenes, will bring to life the glorious eras of the Vikings, as you have never heard before.[3] 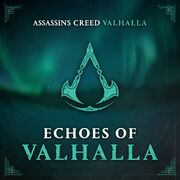