The Sons of Ragnar was a faction within the Great Heathen Army that invaded England during the 9th century. They were led by the sons of the late Swedish king and Viking leader Ragnar Lodbrok. Originally also including Sigurd Snake-in-the-Eye and Björn Ironside, only Halfdan Ragnarsson and his brothers Ubba Ragnarsson and Ivarr the Boneless remained active in England by the 870s. They flew the Raven banner as their heraldic symbol.

Arriving in England around 865 after the death of Ragnar Lodbrok at the hands of King Ælla of Northumbria,[1] the Sons of Ragnar quickly conquered Northumbria and East Anglia, executing their kings, Ælla[2] and Edmund, respectively.[3] Halfdan and his forces allied with Hemming Jarl[4] and stayed in Northumbria to fight the Picts while leaving Finnr in charge of finding a candidate for East Anglia's throne as a puppet king.[5] The arrival of the Great Summer Army in 871 allowed the Sons of Ragnar to focus their efforts in controlling Northumbria and the eastern part of England.[6]

Expansion to the west[]

In the 870s, the Sons of Ragnar went on to focus on the Kingdom of Mercia and the Britons in the west, coming into conflict with King Burgred of Mercia[7] and King Rhodri the Great, respectively.[8] Halfdan, however, soon left Ubba and Ivarr in charge of pacifying the region and installing a new king, while he returned north. After allying with the Raven Clan and causing Burgred to flee to Rome in 874, they put Ceolwulf II on the throne.[9] A year or so later, Ivarr led forces in Sciropscire, finally killing his long time enemy King Rhodri before dying to Eivor Varinsdottir in a holmgang for the death of Ceolwulf's son, Ceolbert.[10] The Sons of Ragnar however remained allied with Eivor and the Raven Clan with Ubba responding to Eivor's call for allies to support Guthrum as he lead the Great Summer Army across Suthsexe and besieged Portcestre.[11]

Up north, Halfdan's forces faced resistance from the Picts who by 876 had secretly allied with the Halfdan's northern puppet king, Ricsige of Northumbria. With the help of Eivor, Ricsige and his Pictish allies were defeated with Halfdan officially taking the throne in Jorvik. [来源请求]

By 878, Ubba was the last leader of the Sons of Ragnar. While responding to a call for reinforcement from Guthrom, he was ambushed and killed by forces under Odda, Ealdorman of Devon near the blockade on the Afon River. [来源请求] 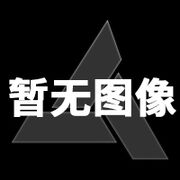