Assassin's Creed, also known as Assassin's Creed: Assassins, is a comic series published by Titan Comics.[1] While it was an ongoing series it had a planned duration of at least three years,[2] the first issue was released in October 2015.[3][4]

However, in 2016, Titan announced that after its fourteenth issue, Assassins along with its companion series, Templars, would be relaunched with a different creative team as a new title: Assassin's Creed: Uprising.

The second story arc takes place during the Inca Empire in the past, running parallel with the modern day story featuring Erudito.[6]

Titan Comics is thrilled to announce it has secured the license to publish Ubisoft's Assassin's Creed comics!

Assassin's Creed is one of the most popular franchises in the video game industry, with more than 93 million units sold since its inception in 2007. Over time, Assassin's Creed has broadened its reach into numerous media beyond games, enriching the Assassin's Creed lore for the joy of many fans.

Titan comics will soon expand the realm of Assassin’s Creed visual storytelling with the creation of a brand new comic series.

"We're so excited to be working with Ubisoft on this fantastic new adventure, said Lizzie Kaye, editor, Titan Comics. "Assassin's Creed is one of the most notoriously beautiful games on the market, and the team at Ubisoft have created a world that is perfect for us to explore, expand and inhabit with a raft of new characters in new settings. We're really hoping to surprise readers with the direction for this new series."

The first 5-part arc will be illustrated by the artist of Doctor Who: Four Doctors – Neil Edwards![7] 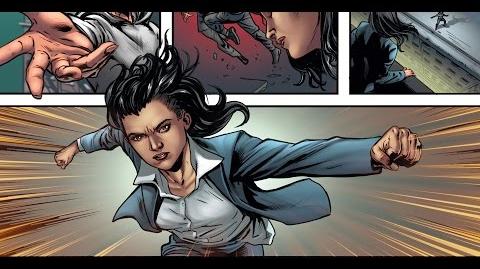