Assassin's Creed Wiki
Register
Don't have an account?
Sign In
Advertisement
in: Organizations, Order of the Ancients ranks, Mercenaries

The Zealots were powerful mercenaries and warriors who operated in Anglo-Saxon England during the 9th century and served as the secretive enforcers for the Order of the Ancients, helping them enforce their decrees throughout the country. The Zealots were devoted to the Order for most of their lives, and spent their time wandering the land in search of anyone who attempted to defy the Order.[1]

Each of the Zealots underwent unique training regimens from various ancient warrior schools within the Anglian, Saxon, and Brittonic warrior codes. Most of the Zealots upheld the pagan beliefs of the Order of Ancients, such as practicing seidr or druidic mysticism, which were also common amongst the local tribes of England. Despite strictly being the fanatical foot soldiers of the Order, some Zealots had developed unusual complicated friendships with some members of the Order.[1]

With the assistance of the Hidden Ones Hytham and Basim Ibn Ishaq, the Viking shieldmaiden Eivor Varinsdottir of the Raven Clan worked to hunt down the Zealots in order to obtain clues on the identity of the Order's members.[2] 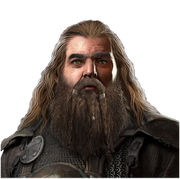