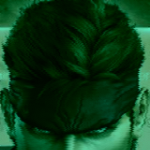 Cut it with all the aggressive capitalization crap. I have no problem with you discussing the subject, but I'm not okay with the "WE ARE A WIKIPEDIA RIPPOF YAY" stuff. Just face it. We're not "ripping off" Wikipedia anyways, I just said that it isn't done there either. -- Master Sima Yi 10:55, December 19, 2010 (UTC)

I know how headers work and how the feed works too. The header categorized the topic as a part of the help desk, whoever asked the question might not have seen the reply posted there. Vatsa 03:03, March 26, 2011 (UTC)

Help desk is what we have here to get their problems/questions related to Assassin's Creed Series answered. This one might be small but, it matters to some who do not read the manual or search on this wiki for the related topic. Vatsa 03:24, March 26, 2011 (UTC)

The feed on the main page is automated to show recent new articles. So we cannot remove it from the feed by deleting the topic itself. Vatsa 03:48, March 26, 2011 (UTC)

Please note that you need to source any and all images you upload to the wiki in accordance to our image policy. For more information on how to source images, check this page. Also check the information about naming images appropriately. Badly named or unsourced images will be deleted. Feel free to reupload your deleted image with proper sourcing. Thank you. Stormbeast ♉ The Helpful Place 01:35, August 4, 2014 (UTC)

Hey Zero, I'm not sure if you know this, but your Media super-template isn't working right; it doesn't open up. The problem is your "if" arguments. It worked fine when you just listed the templates. Stormbeast ♉ The Helpful Place 23:51, October 4, 2014 (UTC)

My bad. I didn't realize its purpose was connected to another sandbox. I was just looking at the one. Stormbeast ♉ The Helpful Place 00:45, October 5, 2014 (UTC)

In future, can you not add images to articles that I've been uploading? I don't find it very courteous. If I upload an image and I haven't added it to any article after 24 hours, then you get my unofficial permission to add the image to whatever article you wish. Usually though, I do have an intention to add the images I upload to an article on the wiki as soon as I'm done uploading, so you don't need to do that for me.

Just in case I sound pissed, I assure you, I'm not. I'd just prefer it if you wouldn't do that again. Alright thanks for reading this slightly petty message :P Crook The Constantine District 18:11, May 13, 2015 (UTC)

Seria mi placer hacerlos, aunque no se que abreviación usar para esos... (mejor cambio a Ingles por si alguien lo ve y quiere comentar:) Which abbreviations should I use for each? "AE" for Abestergo Entertainment, "EH" for Employee Handbook or "HB" for Handbook? "BB" for Blackbeard or "LJ" for Lost Journal? Actually give me a bit and I'll make a mock up and you can tell me which is better. -- Zero-ELEC (talk) 01:46, July 24, 2015 (UTC)

Not to be too much of a bother, but do you think you could redo the LJ one, Zero-ELEC? The L's a bit dodgy and it looks misplaced compared to the other era icons. And, of course, thanks for the fast work you delivered! -- Master Sima Yi Clogs 18:11, July 24, 2015 (UTC)

Well I think this icon is very needed. The Sages are appearing more and more since ACIV and nowadays they are a major feature of the franchise. I made an icon based on the ones we have here on the wikia and I would like to know what you and the others editors think (it is the statue of the sages from ACIV) . --Blaublau94 (talk) 19:42, September 8, 2015 (UTC)

We've five confirmed Sages, the Sages page and the five more speculated ones. That does not warrant an icon, in my opinion. Crook The Constantine District 16:50, September 9, 2015 (UTC)

I know it's been a while, but I was hoping you could make the wiki some era icons for Assassin's Creed: Heresy and Assassin's Creed: Uprising. Let me know if this is possible, alright? If not, I could probably whip something up myself. Thanks for reading :) Crook The Constantine District 17:46, December 14, 2016 (UTC)

Seems Maxattac already made some, they just didn't implement them correctly, so I fixed that. I could replace the icons if the font is wrong or illegible, but it seems mostly alright to me. — Zero-ELEC (talk) 18:38, December 14, 2016 (UTC)

Oh okay - I figured he was adding the eraicon thing to articles prematurely because they weren't showing up for me. Thanks for the help anyways, Zero. Personally, I feel the lettering Max used for the Uprising icon is a tad small, so if you're up to fixing that, that would be neat. If not, well, I'm sure we'll survive :p Crook The Constantine District 18:42, December 14, 2016 (UTC)

It's fine, I think a lot of editors have become a bit dormant lately (so I'm here to shake them all awake lol). Thanks for the offer - I don't have specifics in mind, but there's a lot of stubs that could do with expansion, so if you ever feel like doing one of those, feel free :p Crook The Constantine District 18:56, December 14, 2016 (UTC)

The problem was that you used capital letters for the abbreviation in the Template:Eraicon page. You have to use lowercase to make it work. You can later use uppercase in the pages, but it must be lowercase in the template itself. — Zero-ELEC (talk) 02:18, December 15, 2016 (UTC)

It's me again, with another eraicon request: could you whip up one for the official novelization of the AC movie by Christie Golden? There is another novelization of the movie, but I have my doubts about whether or not it's legit, so you can ignore that one for now. Thanks in advance! Crook The Constantine District 13:39, December 26, 2016 (UTC)

Me and Sima figured the best way around this would be to create a new icon for comics and visual novels, while keeping the current book icon for actual novels (and praying Ubisoft doesn't come up with more novels that can only be shortened as AC). Do you think you could whip up something like that? I've been trying to make a comicbook icon myself but I'm not very pleased with the results :/ (it doesn't quite fit in with the rest of the media icons like the console and the book) Let me know if it's feasible. Thanks for reading! Crook The Constantine District 21:58, January 10, 2017 (UTC)

Hmm, I might have another go myself - where did you get the original comic book image you used for your icon? Crook The Constantine District 11:12, January 12, 2017 (UTC)

I think it is a little more in line with how our other eraicons look, at least. It's just an image I snatched off the internet and edited slightly. I wish it was slightly more clear that it said "comics" on the top, but oh well. What do you think? Crook The Constantine District 21:24, January 12, 2017 (UTC)

Sorry for the late reply, school started back up and I got distracted a bit. Yeah, that looks fine. I can do the migration of the eraicons to the new ones, but it will take a while since I'm a bit busy these days. — Zero-ELEC (talk) 21:48, January 25, 2017 (UTC)

Sima nixed it, saying it wouldn't be clear enough what kind of medium it represents. While this 55x55 size just about works imo, it might not when it's resized and appears on actual articles. So back to the drawing board for now. I will let you know if I find something new. Crook The Constantine District 21:50, January 25, 2017 (UTC)

Hey Zero-ELEC, I came across this line in the introduction of the Crows article:

"Despite consisting mainly of former Assassins who felt let down by the Creed and believed that the Assassins were no better than the Templars, no secrets from the Assassin Order were revealed as the members of the Crows kept their past identities concealed."

I checked the history, and it shows that you wrote it upon creating the page. I can find no mention of the organization consisting mainly of disillusioned Assassins in Identity. In fact, the game's lore directly contradicts this, as it explains that the Crows were formed by Cesare from orphans he personally took under his wing. I wanted to ask where you got the information in these lines from. Thank you! Sol Pacificus(Cyfiero) 15:32, January 24, 2017 (UTC)

Hey Zero,
In the article Marcello Auditore, it is written:
"Before his father's death, Ezio told Sofia to give their son the key to a chest hidden in the catacombs of the Villa Auditore, once he had reached the age of 22. However, as Ezio never told his wife what the chest contained, she suspected Ezio intended to give Marcello an opportunity to become an Assassin, and discarded the key into a river, keeping Marcello ignorant of his heritage."

This line is sourced to Assassin's Creed: Identity. However, after playing the game, I can confirm that there is absolutely no mention of this. Ezio himself only appears in one non-canonical scene, and the entire game is set years before even Revelations. There is absolutely no mention of Sofia or Ezio's children at all, particularly since the game's events after Brotherhood deviate from canon (with the Battle of Forlì happening after 1506 apparently...).

Anyways, since I know you played the Beta version which had different pieces of information such as the origins of the Crows, I was wondering if you can confirm if this line about Sofia disobeying Ezio's wishes for their son, was in the Beta version. The line was added by an anon, so I'm very, very doubtful it is true. Sol Pacificus(Cyfiero) 08:59, February 27, 2017 (UTC)

That sounds vaguely familiar (it has been a while since the Beta), but it's definitely not in the finished version, so even if it had been in the Beta, it's probably not canon. Either way, I can't confirm that was in the Beta. — Zero-ELEC (talk) 05:31, March 1, 2017 (UTC)

I saw that you visited the IRC a couple of times recently, but unfortunately I'm usually asleep when you come on ^^; Was there something you needed in particular? Crook The Constantine District 06:53, June 19, 2017 (UTC)

Oh, I think I wanted to clarify/establish the policy for redirects, and ask if it was alright that I marked a couple of unused redirects for deletion. I think. I need to time my IRC visits better. — Zero-ELEC (talk) 07:00, June 19, 2017 (UTC)

Oh yeah, don't worry about that. I've deleted the redirects you marked, I think you were quite right about the fact that we didn't need those. As for the IRC, I'm usually on between 9 AM and 23 PM GMT+1, if you need me for anything :) Crook The Constantine District 07:06, June 19, 2017 (UTC)

How to write Odyssey articles

Hello Zero, because of the uncertain canonicity behind the choices made by the player in Odyssey, we're experiencing a problem with writing the biographies of many side characters. If you have the time to spare, I would love hear your thoughts on the subject here. Sol Pacificus(Cyfiero) 05:09, May 16, 2019 (UTC)

Retrieved from "https://assassinscreed.fandom.com/wiki/User_talk:Zero-ELEC?oldid=816155"
Community content is available under CC-BY-SA unless otherwise noted.