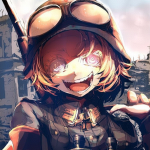 Hiya Boofhead! Thanks for your contributions. I would like to request you though to hold off on adding infoboxes to pages with barely any info on them. Not every page needs an infobox and they just extend pages unnecessarily while adding little to no new information as of yet. -- Master Sima Yi Clogs 08:22, October 30, 2017 (UTC)

Hi Boof. I just wanted to clarify a minor point: The Delian League isn't a faction of the Cult of Kosmos, as your recent character article creations suggest. The Delian League (and Peloponnesian League, for that matter) were both infiltrated by the Cult, but are not distinct "departments," for lack of a better term, within the Cult itself. The same goes for all the other divisions, actually. --Jasca Ducato (talk | contributions) 15:52, October 19, 2018 (UTC)

Non unique gear like mercenary boots have random perks and armor rating as the armor rating is tied to which damage type the first perk boosts. Lacrossedeamon (talk) 09:28, November 7, 2018 (UTC)

Hi Boofhead,
I see you wrote a page for the spy in the ACReb mission The Escapists. However, it looks like all names for assassinated Priests, Templars, Spies, etc are randomized unless they're part of main missions or Helix Events with plots. XOdeyssusx, Lacrossedeamon, and I already encountered that situation here when XOdeyssusx made a similar page. Just thought you should know. -- Darman (talk) 16:45, September 7, 2019 (UTC)

What seems to be the issue with it? It's from the game, albeit the Discovery Tour. But The way I've been added discovery tour info doesn't interfere with IU-lore. Since my edits haven't been reverted I just assumed everything was all good and I've been continuing to source as such. Also the Sourcing Policy doesn't say anything about the Discovery Tour.B O O F H E A D 1 8 5 (talk) 14:14, September 11, 2019 (UTC)

Sorry for not noticing this conversation earlier. To clarify, the formatting using slashes for flavour text was proposed by a single user who tried to force the change through our sourcing policy without consultation with the community and despite encountering some objections. It seems that a few users have nonetheless been confused over this and started implementing it against our actual sourcing policy. If you guys encounter such cases, please revert to the formatting as currently prescribed in our policy page. Sol Pacificus(Cyfiero) 00:14, October 12, 2019 (UTC)
I also wish to clarify that it's not so much that the proposed new formatting was rejected by me, though I was an opponent to it, so much that it has not received approval from the staff for that matter. Wiki-wide changes to formatting need to go through proper procedures certifying consensus from the community or otherwise they can be haphazardly changed on a whim by anyone at anytime. Sol Pacificus(Cyfiero) 00:19, October 12, 2019 (UTC)

It appears in the opening cutscene of Assassin's Creed: Syndicate. Here is a screenshot of it, showing Miko's name among others. Sadelyrate (siniath) 08:22, December 7, 2019 (UTC)

Hey Vilka, I think you're probably already aware of our policy to write from an in-universe perspective in our articles, but there's actually a finer aspect to it that, and from your writing in the "Iron" article, I think you may yet to have grasped if you pardon my saying. In your initial writing, the history section basically reads like a list of how each of the protagonists of the games encountered iron. "Kassandra acquired iron in varying amounts", "iron tomahawks were obtainable by Ratonhnhaké:ton", "an iron kukri was obtained by Jacob and Evie Frye", etc. From the perspective of the subject of iron, that these individuals could obtain iron is no more significant than any other individual from their lifetimes who could also obtain, produce, mine, sell, or use iron.

Writing from an in-universe perspective is more than just using the proper tense that one would if these were historical figures; it also means approaching the content in such a way that the perspective shouldn't seem to stem from a player's perspective. Why is it especially significant that this mercenary, legendary as she might be, collected iron ore throughout her travels when we can infer that it was common for any mercenary and many merchants and artisans to also collect iron? As a general rule, usually when an article is written with the line "[this item] was obtainable by [this protagonist]" it is out-of-universe writing and should be rewritten. "Was obtainable" just comes across especially like gameplay because in the real-world, we don't normally note what was or was not obtainable by a specific individual; we might say that that item was sold in markets in their time period instead.

Also as an aside, unless it's absolutely necessary in the context, please try to avoid wording like "Medjay-turned-Hidden One". There were lots of cases similar to this in the past in this wiki like "Assassin-turned-Templar Shay" or "pirate-turned-Assassin Edward", and honestly, it just makes for awkward writing and reading. Unless it's necessary to specify their transition between the two affiliations in the context, please try to avoid it. Sol Pacificus(Cyfiero) 10:58, December 29, 2019 (UTC)

Vilka, I appreciate you taking the initiative to make citation templates for Facebook, Twitter, and YouTube, but your organization for the template pages needs some clean-up. Moreover I think you based the format of these templates off of the IMDB template, but I would also have felt more comfortable had you discussed with staff or at the very least other members of the community the citation style that should be used. Sol Pacificus(Cyfiero) 09:30, January 5, 2020 (UTC)

Nevermind, it is I who should apologize. I misread your templates (several times in fact) and thought they were more problematic than they actually were. Everything is fine, aside from just some small clean-up in the organization which I could have handled without starting a topic on your talk page. Pardon me for concerning you. Sol Pacificus(Cyfiero) 09:38, January 5, 2020 (UTC)

Hey, I usually use Wayback Machine, can archive Facebook links with that but not twitter. With twitter a screenshot will suffice, unless archive.today can save twitter posts I'm not sure. I personally don't know anything about it and only tend to use Wayback. If archive.today can save twitter posts let me know :) V i l k a T h e W o l f (talk) 14:19, February 1, 2020 (UTC)

Retrieved from "https://assassinscreed.fandom.com/wiki/User_talk:VilkaTheWolf?oldid=854201"
Community content is available under CC-BY-SA unless otherwise noted.