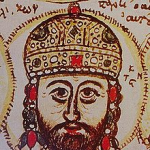 If I were you I'd refrain from making multipul small edits on one page like you just did with Cesare Borgia's page. It's against the rules of the wiki and can quickly and very easily get you into trouble. If you see more than one thing that you want to edit on a single page, instead of editing the individual sections one-by-one, click the edit button at the top of the article. Just a fair warning from one editor to another and a bit of advice. Watch your back if you keep making many edits on one page, hmm? Might end up finding yourself off the wiki in the fast lane, if you know what I mean. (Not a threat, by the way. Fair warning.) -Assassin-of-Rayne- 09:43, November 29, 2010 (UTC)

Minor question (not an accusation) is that the reason you have over 1900 edits on the bionicle wikia?

Hey Toa, I was just wondering whether or not the part about pink meaning an ironic female villain on Madeleine's page is based on opinion, seeing as I've never saw that when I studied a little bit about colour theory in college. I get the part about Dolores Umbridge, but is it used all that often? Slate Vesper (talk) 19:15, April 21, 2013 (UTC)

Please note that you need to source any and all images you upload to the wiki in accordance to our image policy. For more information on how to source images, check this page. Also check the information about naming images appropriately. Badly named or unsourced images will be deleted. Feel free to reupload your deleted image with proper sourcing. Thank you.
Also, hold off until we get an official image. We prefer to avoid YouTube images.
Stormbeast ♉ The Helpful Place 16:29, September 27, 2013 (UTC)

I'm paraphrasing slightly but I'm fairly certain he does say it.

"Of course, how could I have forgotten?"

"Rodrigo Borgia became the Pope in 1492, which means that Ezio's number one enemy is also the most powerful man in Europe."

"Always wanted to visit the Vatican."

and I messed up the undo, sorry, new to it.

Sorry, but which one of the pictures on his wall is supposed to be Rodrigo? Callixtus III, Sixtus IV, Leo X, Pius III, and Innocent VIII (I think?) are all up there, but none of them look at all like that portrait of Rodrigo. Makao the Byzantine {T/\L|<} 14:53, October 28, 2013 (UTC)

Hello fellow Assassin, my name is Daniel Warren (Jacob Mason in real life). I also play Assassins Creed, my fave game is Assassins Creed III. I hope that we can be good friends, and maybe you learn from a master Assassin. "haha, yes i am a master assassin, have been since 2010. Yet i have pratice lots" Thank you for reading this, and the creed will be here for you when you join

Out of curiosity, can you point me to a website verifying that Pantasilea Baglioni was a real person? I always figured the character herself was fictional, even if she came from a family that really existed. Crook The Constantine District 18:57, October 10, 2015 (UTC)

On its own, that's a pretty sketchy source, especially considering Pantasilea was only added to that article 2 months ago. I looked around a bit, and it seems she really did exist, so alright. Kudos to Ubisoft for actually finding out about her. Crook The Constantine District 19:37, October 10, 2015 (UTC)

Retrieved from "https://assassinscreed.fandom.com/wiki/User_talk:Toa_Makao?oldid=638161"
Community content is available under CC-BY-SA unless otherwise noted.