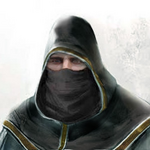 Hah. A school/buisness IP. Seems that one guy that vandalised just got the whole school's net banned from this wiki. Thanks for reporting. --THIEF 12:08, May 5, 2011 (UTC)

Going to be inactive

Just thought I'd let you know that I'll be inactive on the Wiki until about Tuesday 14th of June. This is because I'm going to our caravan where there is no internet. I promise I will begin my Assignments after that, it's just thaat with Exams and Family Holdidays I've been a bit busy. So I'll see you on Tuesday. ERUDITO 09:48, June 9, 2011 (UTC)

Accuracy bit in the pistol page

Hi, I was the anonymous that edited the "accuracy" bit in the"pistol" page, sorry if it was a bit rude or something but I am not so experienced with wikis and wikipedia ... etc, I just wanted to edit the part of the pistol of it being accurate even though the barrel is short and all this physics stuff, so I had an idea that this might be because of the fact that Altair used the apple of eden's "supernatural" powers to give the firearm the accuracy it has even when it is contradicting the laws of physics, if you know what I mean .. SCSA6194 13:28, April 9, 2011 (UTC)

Hey Cello! I'm good mate, just editing around as usual, thanks! Hope all is well on your end too. And yeah, it figures you haven't seen me around. Most likely due to my absence over at the IRC. Lately I've been robbed of time, and to contact you specifically I have to head on at around 7:00am - 9:00am in the morning at my time! Us Australians love our weekend sleep ins, haha! :D Cheers! --THIEF 06:08, May 4, 2011 (UTC)

You seem like a decent guy, so could you help me with something? I was about to post this on that message thread on my talk page:

"I'd like an answer please, WarClown. Why am I getting a "final warning" for something so miniscule and trivial? Because I really feel that this "cease and desist" bullshit over next to nothing is totally unwarranted."

Perhaps keeping it as "I'd like an answer please, WarClown." is the more better approach to the situation as it is now. However, as much as I think there has been at least some sort of an over-exaggeration displayed, I would prefer to stay in the fairly neutral party, sorry. :} --THIEF 07:56, May 8, 2011 (UTC)

Hello. I had been making a template in the Matrix Wiki for dialogues. It is similar to quotes but for multiple speakers.

This is the page for the template. Now when I use i here, as you can see, the unused parameters (in this case speaker3, speaker4 and 2 unnamed parameters) are present.

What should I do to remove them?

Could you help me with something? Does un-doing an edit from before the most recent one change anything else on the page? (I'm not even sure that makes sense. :P) Guardian Assassin 22:27, May 13, 2011 (UTC)

Not sure what trouble you're having with the Lucy article, but while you're at it, might I recommend using this picture instead:

I need help with something please.

I tried to edit the altair article but i kinda screwed up. At the trivia section, please check the last bullet. As you can see, the text is under the picture gallary link thingy. I fear that if i edit that mistake, i will be banned for trying to cheat the edit score or whatever it's called :) .

BTW, what i was trying to say is that you focus on the "T" in "altair" just like when you say "Butter" . so it must be prononced "Atair".

Sorry if i caused any inconvenience. :)

Guess i got off on the wrong foot when i first joined this wiki, but i can understand the Acheivement Hunting policy. i respect that. Any more edits from me are gonna be because they really should be edited.

hi, I was editing a new article about something I noticed in the E3 demo, there is a handle. I wanted to post this in an article, but you deleted it. can you explain why?

Hey there, what you did was not edit an article, you created a whole new article dedicated to that lighthouse thing, and you didn't even add any information at all to that created article, only a picture. I would recommend adding this as a trivia onto the Assassin's Creed: Revelations article itself, as it is not significant, nor information-healthy enough to become an actual article. Though, when and IF you do add this to the Revelations article, make sure you add some sort of text explaining this thing you've discovered, I, personally, don't think it is significant enough at this stage to be mentioned at all, though. Other users may delete it. Also, you seem quite new, have you read through the Wiki rules, policies, and Manual of Style? Here's a source of help, and here's our policies. Oh, and when writing messages to users on talkpages, please make sure to sign your posts by inputting 4 tildes (~) with no spaces between them at the end of your message. Happy editing! --THIEF 09:19, June 7, 2011 (UTC)

Greetings, Thief.
Me, Rayne and Sima were discussing how most of the staff can get to be online at Skype at one given time, and we've agreed it's about time we have our FIRST! STAFF! MEETING!
So, we have settled at 22:00 PM UTC at this Saturday June 11, what gives us a pretty decent time for both extremes of the world (not too late for Americas, not toooo earlier for asians/australians).
We will be in Skype around that time. I know it's been decided right on time, but please try to make to it. It will be our test run for staff meetings.
Seeya and talk to ya tomorrow! ;D -- D. Cello 17:07, June 10, 2011 (UTC)

Hey Thief, I saw your message on Cello's page about the portal logos not placing correctly. Anyway I think I fixed the problem for all but the AC: III portal, which kinda doesn't matter ;D Check it out and get back to me! --☘ The Green Lion ☘ ➜ ☎Talk☎ 11:54, June 14, 2011 (UTC)

Sorry bawss I missed ya. I'll just give you some updates; good news is I have a school break soon, I'll catch up with the wiki business. Also, I normally get hit with work mid-year, since we have mid-year grade sheets and reports as well as end of year ones, that's the reason for me getting hit with a lot of work. I'm hopeful after my school break that I'll be more active, though, truthfully, I'm not entirely sure! If anything, you can do whatever you deem necessary, even get rid of me. I'll be fine with it, whatever is the best for this wiki, man. Cheers and take care. --THIEF 07:31, June 28, 2011 (UTC)

Well, I won't "get rid of you", you have done a lot here before for me to just kick your ass out withoutsome sort of consideration, but we can't have a admin absent as long as you did, mate -- it's been nearly 5 months already. Your activity on wiki has been that of a regular editor, not a sysop - keeping your powers is a waste when someone else could have better use for them. I talked with Rayne and Sima last night on IRC, and they think the same. They all agreed that the best probable course of action now is to strip you of your Direttore Rank and make you a Istruttore or Master Instructor again, that way you can go with your life and the wiki wont suffer. What you think? -- D. Cello 15:55, June 28, 2011 (UTC)

Sure, sure. Whatever you gotta do man, whatever you gotta do. :\ I don't see the wiki suffering, or under any kind of crysis due to my lack of visits.. but, heck, whatever. I was still checking the wiki, banning vandals, deleting spam pages.. I just didn't have enough time to go on the IRC. If there were any crysis' going on within the wiki, I would've made time and went on the IRC to voice my thoughts or lend a hand. I didn't see any "suffering" going on. I heard about a few "arguements" but that is all. Anyway, like I said, just do what you have to do, mate. It's fine... --THIEF 06:00, June 29, 2011 (UTC)

You know what, Cello, just remove me from the staff entirely. I'm sick of all this stressing out over a 2 month absence from the IRC (since May, not even close to 5 months). I want out, if I can't take an overly-explained already semi-absence for 2 months due to in real life issues without all this shit coming up about the wiki "suffering" heavily (somehow) just because 1 staff member out of fricking 15 is not visiting the damned IRC then I seriously think that I shouldn't even continue to be here. I already said to just do what you have to do, so do it. I've had enough of this crap, seriously. --THIEF 06:02, June 30, 2011 (UTC)

Thief, its not ONE staff out of 15. Its a freaking sysop, and the ONLY direttore. You havebeen absent from IRC for 2 motnhs, but your edits and overall presence has already been declining for 5 months -- and you have completely failed your duties as Direttore since pretty much the beggining of the year.
You see, the idea was for you to be Direttore and become worthy fo sysop position, that way someone else would be take care of the Istruttorium after you and we would have a steady stream of promotions for the whole wiki every few motnhs. But if you cant understand that and cant log on the IRC to talk to me, Rayne and Blaid... well, there's nothign we can do. You've clogged the staff process. EVERY member of my crew is important -- thats why we cant have you away for so long and think all is fine and going to run flawlesly.
Im not asking nor begging you to stay -- on saturday Rayne will assume your position, you have till then to decide if you'll want to stay on the staff as Master Instructor or step out completely. Safety and peace... brother. -- D. Cello 06:13, June 30, 2011 (UTC)

Thief, I'd just like to say goodbye on your talkpage personally, rather than the blog post. I still remember the first time we arrived, when I asked you for pics. A lot of good things have happened after those days, large part of them are thanks to you and (not to be arrogant) me. I would've never reached this position without you. Goodbye man, you were one hell of a friend, contributor, and staff member. May you find good fortune in your endeavors outside of the wiki. :D --WarClown Frequency: 149.94 07:38, July 2, 2011 (UTC)

It has been almost a full year since this person's last edit and he or she still has more/the same number of edits than most other regulars.. what gives? http://assassinscreed.wikia.com/wiki/Special%3AListUsers

Retrieved from "https://assassinscreed.fandom.com/wiki/User_talk:ThiefAC?oldid=330452"
Community content is available under CC-BY-SA unless otherwise noted.