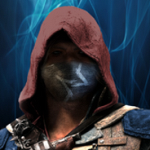 Hello there. I'd just like to inform you that when uploading images, your files should be named properly and they should not contain HUD elements as per our Image Policy. Also, as a reminder:

Do NOT edit my page without permission. Anybodys in fact. It's illegal. ThatRandomUser ~Lair of Randomness (Enter at own risk) 17:11, August 24, 2012 (UTC)

It's actually just frowned upon. You should've left a note in his talk page instead. Also, the correct form is "kill you with their awesome" because it's a reference to one of Tobuscus' songs. ~ GI Auditore Comms Channel 17:13, August 24, 2012 (UTC)

Okay Bob, here's how you make a userbox with the Template system. You use the Userbox code the same way you use a template. You create a Template page, (e.g. Template:UserBobandcopy/paste the code and replace the relevant variables. For an absolute noob's guide, you can just copy this, and if you skip out a section (remove the line from the code), it will be set to the default one:'

This is as simple as it gets. Read through it very slowly. You can mess around with other variables from the template page. Let me know if you need anything else or further clarification. ~ GI Auditore Comms Channel 15:59, September 10, 2012 (UTC)

The Crimson Eagle could not think of a title...

Hello Bob, I've noticed in your past few edits that you use hyperlinks within our own wiki. We have an internal linking system that lets you link to pages much easier. To show you by example: Instead of typing [http://assassinscreed.wikia.com/wiki/The Creed Creed], you could type in [[The Creed|Creed]]. Both of them look exactly the same when you publish, but internal links, or "wikilinks" are easier to type, and reduce the code on pages. Thank you. =) ~ GI Auditore Comms Channel 11:40, September 23, 2012 (UTC)

I know you are trying to help but, this really isn't helpful. If you plan on writing a memory article, add the dialogue, not just the layout and unnecessary categories.. --

Is it a coincidence that your infobox is almost exactly the same as mine? And please reply here, instead of my talkpage. --Crimson Knight Intercom 17:19, September 28, 2012 (UTC)

As long as you make a mention of it somewhere, no one usually has a problem. The infobox was custom-made by me for Eagle, and the userbox containers were again, a modified version by me of the original by Nesty. Since it's Eagle's stuff, and I don't have a problem with people using my code, I'll let him handle this =p ~ GI Auditore Comms Channel 03:57, September 29, 2012 (UTC)

In your recent blog comments you, along with a few users seem to mention User:The Joker~ a lot. This creates curiosity among new users and an unnecessary thread of off-topic comments. Joker was banned for this particular reason, flooding blogs with unnecessary comments and his rude behavior towards other users. If you feel that you cannot comment without mentioning his name, even as an example, then restrain yourself from commenting on the topic.. --

Are now known as Wolfenstein.

I would like to have the "This user plays on the PlayStation Network, under the username (Putusernamehere)" user box please do reply

You could've at least waited till the blog was up. xD

Please note that you need to source any and all images you upload to the wiki in accordance to our image policy. For more information on how to source images, check this page. Also check the information about naming images appropriately. Badly named or unsourced images will be deleted. Feel free to reupload your deleted image with proper sourcing. Thank you. Stormbeast ♉ The Helpful Place 16:42, March 29, 2013 (UTC)

Please let me do this, I need to be able to move from one page to another very quickly, and you're kind of distracting me; and I need to fill in the full stops that you have missed out. --Crimson Knight Intercom 03:15, March 30, 2013 (UTC)

Might I just remind you people that you can't just tell people not to edit something because you are editing it? Everyone has the right to edit everything. Nesty Contact me! 04:49, April 2, 2013 (UTC)

Hi, The Brave Wolf! I was wondering, because I'll be away on holiday on the 28th, and so I won't be able to post a poll, would you be willing to do one for me (because you came runner up on the community vote). I've also posted this message on Crimson's talk page, because he used to do the polls. If you want to do the poll on the 28th, just say so on my talk page. I guess you could collaborate with Crimson, or if only one of you wants to (or one doesn't mind not doing it), then they could. Thanks! - kabutsu Enter the Animus The Crimson Polls II 17:26, June 14, 2013 (UTC)

In reply to your reply over to my reply entry in your guestbook. Yes, I do like all of the games AND novels in the Splinter Cell franchise, moreover, I am a Hitman encyclopedia like Sima here, whose expertise lies in the AC series. Altaïr Skywalker 47 (talk) 06:08, August 10, 2013 (UTC)

I haven't exactly read the Splinter Cell novels yet. However, I know a lot about DotA and it is one of my favorite games. Wolfenstein ~ The Hidden Den 06:14, August 10, 2013 (UTC)

I do not know that franchise. However, how was Absolution? Altaïr Skywalker 47Agency Laptop 09:53, August 10, 2013 (UTC)
Was good. But not as good as Blood Money, in my opinion. I really enjoyed the cutscene-less open world like structure. PS: Hate to pry, but which part of India are you from? I'm from Tamil Nadu. Wolfenstein ~ The Hidden Den 14:05, August 10, 2013 (UTC)

Yes, today is the Indian independence day; so is the resurrection of Mary. However, he lives in Tamil Nadu, so I think he is good in Tamil, but his message to me proves otherwise. I do not know much (MUCH) Tamil myself, but it has a similarity with Malayalam. Altaïr Skywalker 47Agency Laptop 13:11, August 15, 2013 (UTC)
I am not good with any other language other than English. I make a lot of grammatical and spelling errors in Tamil. Wolfenstein ~ The Hidden Den 14:02, August 15, 2013 (UTC)

Just to give him notes on why he was blocked and I did not even put a warning sign on his talk page...

Hi, I noticed your post in the revision history of my new article. I went to the AC2 article and am not able to edit the trivia section. If my article has to be deleted, then it doesn't really matter to me. After all, this is my first article, so my knowledge of the rules here aren't present. If there is a rules page, please link it to me. Thanks. The7thAssassin (talk) 04:37, March 25, 2014 (UTC)The7thAssassin

Hey, if you scroll up in my talk page,(or any users talk page for that matter) you can see a white box. It has all the links new users need. SO check it out. And once an admin detects that there is a new user, you too will get one, so it will be easy for you to acess the links. Good luck editing!!  Wolfenstein ~ The Hidden Den 05:47, March 25, 2014 (UTC)

Retrieved from "https://assassinscreed.fandom.com/wiki/User_talk:The_Brave_Wolf?oldid=661219"
Community content is available under CC-BY-SA unless otherwise noted.