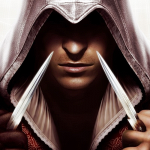 Please note that you need to source any and all images you upload to the wiki in accordance to our image policy. For more information on how to source images, check this page. Also check the information about naming images appropriately. Badly named or unsourced images will be deleted. Feel free to reupload your deleted image with proper sourcing. Thank you. Stormbeast ♉ The Helpful Place 18:37, July 18, 2014 (UTC)

Please adhere to the above advice. It'd be a shame if less patient editors were to delete your excellent images. --Alientraveller (talk) 11:51, September 13, 2014 (UTC)

As the title says, thanks for taking those Citizen E screenshots :D We only have Kain to rely on for images at the moment, so everything tends to take a little longer. I see you've picked up the sourcing policy as well, which is great ^^

Do you think you could take screenshots for the other side memories from Liberation as well? Annoyingly, most of those do start right after the introductory chat, so you might need a new save, if you decide to accept. One minor thing for the memories - Aveline still had the Smuggler's/Traveler's Hat (I don't know which one it is) equipped in some of the screenshots. While that's not really such an obvious change, please try to stick as closely to the default appearance as possible in the future. Alright, thanks for reading :) Crook The Constantine District 12:30, September 14, 2014 (UTC)

Sure I can do that, I just started a new playthrough so it's a perfect timing :) About the side missions, is there a page or something on this wiki where I can check out the details of the missions? Like        the amount and the type? As for the hat, I didnt noticed it, they look so damn the same but I will remember that! ~Flash (DatFlash (talk) 13:09, September 14, 2014 (UTC))

Just go to a memory from AC: Liberation (for example, New Orleans by Night) and check out the navigation box at the bottom, I suppose? :) The mission chains that still need screenshots are Ship crew, Business rival, Free slaves, Detective, Contracts and The Plot.

Now, all of these missions are fairly short and don't have cutscenes, only gameplay. Kain told me that there'll still be an objective (the green diamond thingy) given, even if you cancel out all HUD, so that might be a problem :s No worries about the hat, I don't think too many people will notice it's a different one :p Crook The Constantine District 13:18, September 14, 2014 (UTC)

Oh yes I see, but what kind of screenshot do I take? Like the conversation between Aveline and the person she is talking to, or the actual gameplay (like walking/fighting)? Depends on wgat kind of  mission though :p (DatFlash (talk) 13:22, September 14, 2014 (UTC))

I think it'd be useful to include at least one screenshot of Aveline and the mission-giver. Aside from that, basically take screenshots of anything you think is significant? Aveline taking out her target would be an obvious one. Screenshots of Aveline making her way over to her destination are not all that necessary I think, unless the freerunning somehow plays a role in the assassination. If possible, change up the guises every once in a while, but at the same time, don't feel like you need to make it difficult for yourself ^^; Some missions will require you to be wearing a specific guise anyways. Crook The Constantine District 13:30, September 14, 2014 (UTC)

Alright I'm in game now but (even when I turn of all the HUD) you see the mission-text, (not the green diamond thingy though)... For example I see on my screen: Search the buisness rival and kill him, do not get noticed. I dont think there is any way to turn that off, is it a problem or can I just take the screens like this? ~Flash (DatFlash (talk) 13:41, September 14, 2014 (UTC))

Also, do I need to get screens of a FULL SYNCHED mission? Like Dont kill the target yourself do I need to take a screenshot of a poisened guard killing the target? ~Flash (DatFlash (talk) 13:44, September 14, 2014 (UTC))

Yeah, that's what I meant, the mission text. Kain manages to edit those out somehow (probably photoshop or something similar?). Looks like we'll need his help for this after all. We should probably ask him if there's any use in you taking these screenshots then, since we'll need Kain to get rid of the mission text anyways.

What's the name of the emulator, and do I need anything else to run Bloodlines, aside from the game image of course. --Kainzorus Prime ⚜ Walkie-talkie 15:56, September 14, 2014 (UTC)

For the Emulator I use PPSSPP, here's the link: http://www.ppsspp.org/. The program it self is very simple, just download the emulated version of Bloodlines and select it through PPSSPP ~Flash (DatFlash (talk) 16:01, September 14, 2014 (UTC))

Hey Barry, could you get rid of those white lines on some of your images? You know, just crop them out; I have a similar problem with black lines on my screenshots. Stormbeast ♉ The Helpful Place 19:02, September 14, 2014 (UTC)

I found that pressing escape key nullifies these lines and other unwanted artifacts. Seems there's some sort of 1pixel frame around the screen that glitches, and becomes visible when bright objects on the screen pass through it. Again, quick press of ESC fixes that, no need for cropping. --Kainzorus Prime ⚜ Walkie-talkie 22:34, September 14, 2014 (UTC)

Hey can you tell me where you got Bloodlines? Like the actual game. Because my game glitches everytime I start running and I see a difference between your screenshots and mine. ~Flash (DatFlash (talk) 19:28, September 15, 2014 (UTC))

No worries! But since you are already busy with taking screenshots for Bloodlines I wont bother you in that. Thank you  though. :) (DatFlash (talk) 22:37, September 27, 2014 (UTC))

As much as I appreciate the images you added of the comics, do you not think it would be a better idea to leave the speech in? It's not very attractive to have huge white blobs in the middle of photos. --Crimson Knight Intercom 16:47, September 19, 2014 (UTC)

Isn't that how all our comic images are? Besides, DatFlash may not be reading it in English. Crook The Constantine District 16:48, September 19, 2014 (UTC)

All of the comics I own are in Dutch, and as crook said I believe earlier images of comics dont have speech aswell (DatFlash (talk) 16:51, September 19, 2014 (UTC))

Ah, well, never mind. At the risk of sounding slightly racist (I don't mean to, so sorry if sounds that way), I'd rather see white blobs than walls of Dutch text that I wouldn't understand anyway. Also, the fact that we often remove the text doesn't mean we should keep doing it. Nothing would ever improve here if we followed that philosophy. --Crimson Knight Intercom 16:53, September 19, 2014 (UTC)

There wouldn't be much sense in displaying images with Dutch text on an English Wiki anyways :P I am a fan of consistency so that's why I figured it would be better to stick with the method we're using, in this instance at least. Crook The Constantine District 16:57, September 19, 2014 (UTC)

Well I could translate the text from Dutch to English and then type it in the white blob myself...

No, it's fine. Really, I couldn't ask you to go that much trouble. Thanks for offering though. If we do white blobs anyway, we might as well keep it up. --Crimson Knight Intercom 16:59, September 19, 2014 (UTC)

I think they started out as being exclusively French, then they were eventually released in other languages as well.--Bovkaffe (talk) 17:05, September 19, 2014 (UTC)

That may be where the practice originated from then. I actually have English copies of the first three comics, but I have no means to get good images from them. --Crimson Knight Intercom 17:09, September 19, 2014 (UTC)

Seeing you're into Pirates, do you happen to also have issues with achievements such as them not unlocking ? Touloir (Talk - Discussion) 21:37, June 3, 2016 (UTC)

Sorry for the late reply. Yes I also have issues with the achievements.. I think it has something to do with internet connection. If you play offline and destroy your 100th frigate (for example), the achievement does not unlock (and won't unlock when you're online again either). It's sad since I caught all fish and got all treasures etc, but now I can't get those achievement images, dammit. (Flash (talk) 14:10, July 15, 2016 (UTC))

Retrieved from "https://assassinscreed.fandom.com/wiki/User_talk:TheHiddenBlade123?oldid=669986"
Community content is available under CC-BY-SA unless otherwise noted.