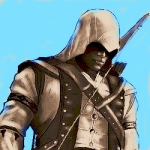 Welcome to the RandomLair. Put messages regarding a new topic under a new topic. Do not disturb me from my not thinking. Also sign your posts. If not, your blood will be on the wall. Enjoy your stay!

All you need to know

When I send you a message on your Talk Page. REPLY ON YOUR TALKPAGE! Thanks anyway. ThatRandomUser ~Lair of Randomness (Enter at own risk) 15:01, August 18, 2012 (UTC)

What was the Forum about? I can't remember. What was the situation. Refresh my memory. ThatRandomUser ~Lair of Randomness (Enter at own risk) 17:50, August 18, 2012 (UTC)

you do realise that your sig is now showing double after your recent changes Ægritudo Talk 20:01, August 18, 2012 (UTC)

Put all the userbox codes at the beginning of the page; keeps them on the side. You can take a look at the code for other people's pages to get an idea by editing in source mode - Don't change anything though. Also, you forgot to remove your old signature when you made the new one - this makes your signature show up twice everywhere. It's going to be fixed everywhere once you fix it on your sig page though. ~ GI Auditore Comms Channel 21:01, August 18, 2012 (UTC)

Did you deliberately misspell "grammar" ? I noticed you made the "e" bold .

Lineage,Embers,shockblade,Ascension. Oooo, Tobuscus. I am also wondering on asking Sima for a "This user lives in Pakistan, home to several Explosions" Userbox. That was a Joke.

Thanks! I was going to ask for the scotch one but thought only certain people could use it. I am not signing my posts because I am working on my sig. Won't last for long promise. —unsigned comment by ThatRandomUser (talk · contr)

Hey I just noticed this. You created a blog right. You should get an achievement called Herald . Which you did not get. I suggest you contact Sima . Il Prode lupo ~ Temi il Lupo! ~ Rispettare il Lupo! 02:56, August 20, 2012 (UTC)

Well, but I think to enter that list, you must be somewhere on my level.

That is like asking Mike Tyson to a boxing match when you know nothing about it :P

Staff can modify how their comments show up. Blaidd has a really cool red line around his like Teller's and Cello used to have his entire comment appear in the White Room background. Just thought I'd let you know ;) ~ GI Auditore Comms Channel 13:03, August 28, 2012 (UTC)

TL;DW, honestly, this guy types like a slug, what actually happened in the video? and I loved that guy. He was awesome, he admitted that he was trolling long ago. It is nothing new. I talked to him about it. He was really entertaining. Why so serious? - Psychopath Corner - Advice of a Psychopath 08:35, August 31, 2012 (UTC)

Won't have internet then; going through house shift. Don't really think it's important as most people have probably forgotten by now. If you still want to give scotch and a cookies, can we do Monday? ThatRandomUser ~Lair of Randomness (Enter at own risk) 09:18, September 14, 2012 (UTC)

In your recent blog comments you along with a few users seem to mention User:The Joker~ a lot. This creates curiosity among new users and an unnecessary thread of off-topic comments. Joker was banned for this particular reason, flooding blogs with unnecessary comments and his rude behavior towards other users. If you feel that you cannot comment without mentioning his name, even as an example, then restrain yourself from commenting on the topic.. --

First of all, I'm surprised that the YT thing is still going on - you'd think they'd have done something by now. You have all of my sympathy and feels. Secondly, remove the line break from the beginning of your sig template, it messes up code. ~ GI Auditore Comms Channel 17:12, October 12, 2012 (UTC)

Hey, TRU. I haven't seen you in a very long time. If I remember rightly, it was shortly after I quit the polls.

Anyway, are you still alive? I was wondering where you've been. We need to get back in touch.

Can't believe I never responded, how roood of me. Must've read it but never got to replying, alive and well though have been the entire year ;) ThatRandomUser ~Lair of Randomness (Enter at own risk) 17:32, December 28, 2014 (UTC)

Retrieved from "https://assassinscreed.fandom.com/wiki/User_talk:ThatRandomUser?oldid=600195"
Community content is available under CC-BY-SA unless otherwise noted.