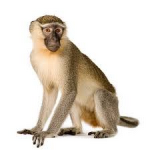 TDalyyyy1998, the reason why the Twelve Olympians page you originally created was deleted is because, as several users pointed out, both the name and the grouping is unattested in the series even if its gods exist. As such, we also cannot provide any proper Assassin's Creed source for the page. Of course, we can assume this grouping of the twelve most prominent Greek gods exists in the Assassin's Creed universe as well, but if it is not explicitly mentioned, then it does not merit an article on this wiki. Articles which are unsourced cannot remain.

You constantly recreating the article after it has been deleted is in violation of our standards on good conduct. If you truly dispute its removal so strongly or was confused about why it was deleted, then your recourse should have been to reach out to other editors such as myself for a clearer explanation. To revive it again and again without any explanation is a form of edit warring which is strictly prohibited. If this occurs again, you will be given an official warning and a first-level ban. Sol Pacificus(Cyfiero) 23:18, November 8, 2018 (UTC)

It is no problem so long as it does not happen again. Can you give a reason behind your persistence? Sol Pacificus(Cyfiero) 23:28, November 8, 2018 (UTC)

Retrieved from "https://assassinscreed.fandom.com/wiki/User_talk:TDalyyyy1998?oldid=769989"
Community content is available under CC-BY-SA unless otherwise noted.