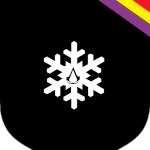 I'm sorry. I know my English is very bad. But I do what I can. Just making small contributions, within my capacity. I hope you understand me.Spanish assassin (talk) 16:52, August 27, 2014 (UTC)

(I am adding this here for visibility) Spanish Assassin, the problem is not your small edits, but the fact that they often (accidentally?) change the English to Spanish. I assume these changes are not on purpose? Crook The Constantine District 16:57, August 27, 2014 (UTC)

I found the problem. The google Chrome automatically translates everything in Spanish, including editing pages. Already is solved. Sorry for the inconvenience.Spanish assassin (talk) 17:10, August 27, 2014 (UTC)

Please note that you need to source any and all images you upload to the wiki in accordance to our image policy. For more information on how to source images, check this page. Also check the information about naming images appropriately. Badly named or unsourced images will be deleted. Feel free to reupload your deleted image with proper sourcing. Thank you. Stormbeast ♉ The Helpful Place 21:46 3 de septiembre de 2014 (UTC)

That's quite alright. It's probably my fault for being so easily rattled over the last couple of weeks anyway. --Crimson Knight Intercom 22:02, September 3, 2014 (UTC)

Spanish assassin, I see you've already been warned for this. In addition to that, please do not add images that have no relation to AC. All these flags do not appear in the series. -- Master Sima Yi Clogs 13:18, July 18, 2017 (UTC)

Hello there. I'd like to point out that Grand Master and Master Templar are not synonimous to one another, and thus not every Grand Master needs to be a Master Templar (and vice versa). So, unless you have adequate sources naming individuals as Master Templars, I'm going to have to request you stop adding the category to pages. Thanks! Amnestyyy (Contact me!) 12:50, November 2, 2015 (UTC)

That is how your interpret it, maybe. That does not necessarily make it a fact, though. Unless you have an Assassin's Creed source claiming that to be true, I'm afraid the categories remain as they are. Amnestyyy (Contact me!) 13:01, November 2, 2015 (UTC)

thx for correcting my mistake with badly ordered historical part of new comics.

I need a little help, i have them at home, but i am not sure if Modern Day of them is after Syndicate MD or before it.

If you have this info let me know, or if you will find anymore mistakes at my ordering :)

Just a quick message: there's no use in engaging a douche like RinneganTFG. He's been blocked, so he can't vandalize any more articles. Just ignore him, 'aight? Thanks for reading. Crook The Constantine District 10:54, January 5, 2017 (UTC)

No worries. Be careful not to convert stuff into Spanish by accident btw, I had to go find my orginal message :p Crook The Constantine District 11:19, January 5, 2017 (UTC)

The question asked to Aymar was whether the French comics were considered canon in general. However, the modern portion of the comics was not considered canon, while the historical parts were. Aymar's answer is too vague, in my opinion, to be used as proof that none of it is canon. The Wikia Editor (talk) 12:31, August 2, 2017 (UTC)

OK my friend. Anyway I understood that it had been revised and had also eliminated the past of the canon. It would be important to open a discussion on the matter, and even to liaise with Aymar to see the official situation on this issue. A greeting :). Spanish assassin (Talk) 11:01, August 2, 2017 (UTC)

Your signature seems to be 'adding' an image every time you use it, which is adding to your image contribution count, as well as getting you close to getting a badge for it. This is technically against the rules, but I'm sure you don't have malicious intentions. You should probably get rid of the image for now -- I vaguely remember that it is possible to use images in a signature without 'adding' them repeatedly, but I don't recall how it's done. You may wish to look into that if you really want to keep the image. --Crimson Knight Intercom 17:39, August 10, 2017 (UTC)

Done! I have removed it from my signature. Sorry for the inconvenience. I'll try to figure out how to add it without being a nuisance. Spanish assassin (Talk) 17:58, August 10, 2017 (UTC)

Thank you very much. Don't feel bad about it; it was an honest mistake, that's all. Hopefully you can figure out a way to implement it more efficiently, as it was quite nice. --Crimson Knight Intercom 18:10, August 10, 2017 (UTC)

Hello Spanish Assassin! I'm so sorry for such a late reply as I did appreciate your greeting. :) I feel flattered that you've noticed my contributions and my interest in the philosophy of this series. I had actually considered majoring in history myself though I feared that its practical applications may be limited. Would you mind if I ask you more about your experiences with that major, how much you feel it has expanded your understanding of history and why you settled on it? ^_^Sol Pacificus(Cyfiero) 01:52, August 28, 2017 (UTC)

At first, when a person studies history, he is attracted by the most evident historical study: political events, battles, conspiracies, etc.

Having overcome this consideration, one realizes what history really is: the study of historical processes, dynamics, the economy, culture, society ...

For me, history is the study of human societies taking into account the space-time factor. Really history should be more sociology and sociology more history. The problem that in recent decades is consolidating the discipline of micro-history, concrete stories, anecdotes, great characters. In spite of being very attractive they do not fail to detract from the role of history as a discipline that should be scientific. The problem is that postmodernism (sure as you as a lover of philosophy will be informed) has impoverished the discourse of the social sciences, leading them to a relativism and a renunciation of historical understandings from a structural point of view.

Retrieved from "https://assassinscreed.fandom.com/wiki/User_talk:Spanish_assassin?oldid=707041"
Community content is available under CC-BY-SA unless otherwise noted.