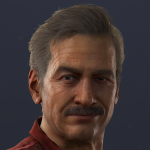 would advise you to modify your signature in a couple of ways, firstly it looks a little large (it crosses the whole page), and second if you replace the [[File:Armor of Altaïr v.png|60px]] with <choose><option>http://images.wikia.com/assassinscreed/images/7/7e/Armor_of_Alta%C3%AFr_v.png</option></choose> in your signature(repeat for both images, the other image address is http://images.wikia.com/assassinscreed/images/f/f4/AltairRender54.png),they both insert the image you want but this stops them from showing up in the recent activity as photos added every post you sign. Ægritudo Talk 09:01, August 5, 2012 (UTC)

sorry made a mistake, should have given you the address for the thumb images can give you the source for a smaller version of your previous sig if you want it. Ægritudo Talk 09:53, August 5, 2012 (UTC)

It gives me a error, saying check HTML tags and something wrong with raw signature...

i still think its cause the wikitext check box was unchecked, off topic i did look at making your other sig smaller with the code change, as mentioned above. Ægritudo Talk 10:41, August 5, 2012 (UTC)

I am still having that weird error after I check the wikitext thing, not sure what is wrong >: -Joker-

That IS tiny! Great job.

Thank you, but I resolved it. About the pic, I want to keep the name because I don't want somebody believe that I stole it. Bogdan stretePS3 The Cold One 12:35, August 5, 2012 (UTC)

Hey Hood, your (extravagant Vegas) signature has a few unneeded characters (%7C to be exact that I think is the pipe (|) symbol) at the end of the links to your profile in both the ultradragonball and lookout wikis. Just thought you might want to correct that :P--OdranoellutaTalk✲

Hey there Hooded, I noticed on Crimson's talk page you were wanting the "Abstergo Database" stuff. If you want it I can drop it onto your page with the blanks included so you can fill it in. I'm including the one I'm using that I grabbed from Kainzorus' page (with my color edits) below for you. If you need help changing the color theme lemme know. Just edit this and click the [Source] tab at the top and copy and paste that onto your main profile page. LancelotLoire (talk) 00:59, November 10, 2012 (UTC)

Please note that your fanon, ACFanon:Cal Wilkison, has gone unedited for more than 2 weeks. You have one week to make considerable changes. If you do not, the fanon will be archived. Nesty Contact me! 13:18, December 6, 2012 (UTC)

Hey Hoodie, the Buruea thing was by mistake.I'm learning source mode editing so I have to edit a lot from other sources and learn.And what better place to practise than my own page!So I that happened by mistake.BTW if you can help me in source editing, I'll be glad

Hey Hoodie can you get on the IRC?And if you are there , what's  your nick?

I was a bit confused as to how exactly you wanted it to look, so I made a prototype avatar so you could either tell me if I got it done the way you wanted, or point me in the right direction. Here's the prototype avatar. ~ GI Auditore Comms Channel 13:16, January 6, 2013 (UTC)

What do you mean my pictures werent sourced?

Ever played The Last of Us?

Where hast thou gone?

Hey, Hoodie, I made the template pages for your signature, but the final details have to be fulfilled by you. On the off-chance that I'm not around to guide you though it, just take a look at the bottom of this section on GI's blog. Lemme know if you need anything else; I'm always happy to help. :) --Crimson Knight Intercom 17:27, September 16, 2013 (UTC)

Hey, I just realised something, it was exactly 13 months, and one hour ago to this day that I asked you for signature help. What are the odds. xD --Crimson Knight Intercom 17:38, September 16, 2013 (UTC)

No idea why, but I saw this, laughed, and thought of you (no homo).

Also, while I do not expect to be on the IRC for the foreseeable future, I will likely be on the wiki and silently judging every single one a' yas keeping an eye on the feed, so message me on my talk or something when you're available, and I'll hop on. --Crimson Knight Intercom 22:49, December 10, 2013 (UTC)

It would seem that I missed you. Oops. Sorry about that. Anyway, I should be on there regularly for the next week. Even on my birthday, because I'm a sad, sad man. --Crimson Knight Intercom 01:59, April 14, 2014 (UTC)

Sorry for taking so long to reply, I read the PSN message and forgot it five minutes afterwards. xD

Anyway, this is the address: http://batmanarkham.wikia.com/wiki/Batman_Arkham_Wiki

Kinda shabby, but I don't have the ability to spruce the place up yet.

Happy birthday, Hoodie! Hope you have a great day. :)

Retrieved from "https://assassinscreed.fandom.com/wiki/User_talk:Saints%27Hoodie?oldid=616345"
Community content is available under CC-BY-SA unless otherwise noted.