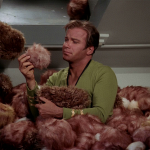 hi there~ would you like to explain why did you add status on the character template? - SilverSummonerTaLk 12:05, December 3, 2009 (UTC)

Just so you know, there is no need to add births and deaths which are hardly relevant in the overall universe. Listing the births and deaths of every character would make the article very chaotic and uninteresting to read. Also, the entire article is in past tense so please keep the tense consistent. -- Master Sima Yi 18:58, April 10, 2012 (UTC)

Why are we adding Appearances through Templates rather than adding them directly to the article as Wookieepedia does? This saves work and aside from that the text for the Appearance lists are awkwardly too small. Sol Pacificus(Cyfiero) 19:29, December 31, 2016 (UTC)

It may be better to be able to click the Appearances category and just edit any appearance section of any page from there. It may change in the future, but I like to think of it as an easier way to do things. Roger Murtaugh (talk) 23:08, December 31, 2016 (UTC)

I have used this format for Appearances on others Wikis and the font was small due to longer appearance titles. I don't mind updating the font size and will do so. Roger Murtaugh (talk) 23:37, December 31, 2016 (UTC)

Sorry to butt in, but I kinda like the small font size (also Happy New Year lol).

EDIT: Actually, since you're already in the progress of changing it, feel free to ignore my message :p Crook The Constantine District 23:45, December 31, 2016 (UTC)

I already did change all of the pages, but whatever both of you agree on, I'm willing to change it back, if that's what is wanted. I have no problem taking the time to return it. Roger Murtaugh (talk) 23:48, December 31, 2016 (UTC)

Well, if you don't mind... Personally I like the smaller font better because it sets it apart from the rest of the article a bit, and especially the references, which are also in a list-format. I think this discussion should probably be continued in the thread rather than on your talkpage though, Roger. Crook The Constantine District 23:51, December 31, 2016 (UTC)

I know that we put this project on standstill because we were confused over the official procedure for enacting new policies, but since it seems we don't really have such a procedure at the moment, I was wondering if you could just go ahead and begin adding appearances to media pages as you proposed? I think it would be very beneficial to this wiki. Sol Pacificus(Cyfiero) 22:38, April 2, 2017 (UTC)

You're welcome and thank you. :)

Hey Roger, do you think you could center the Appearance boxes like they are in Wookieepedia? It looks extremely awkward being slanted on the left side like that. To be honest, I think we might've tried too hard to make it look not obstructive to the page due to users here being unused to it, but in that process, we only ended up making it look awkward by how trying to push it off to one side and then making its text so tiny. The end result is that the appearance box is still there, but it's not well integrated into the article. At the very least, it should be centered like it looks like over at Wookieepedia.

Another issue is the Species vs. Creatures category. This doesn't make sense because all creatures are a species. In Star Wars, "Creatures" was meant to distinguish from "Sentient Species". Removing the word sentient and leaving only species makes this division between the two now incorrect. (Of course Star Wars used the wrong term... it should've been "Sapient Species" since all animals are by definition sentient, but let's not go into that confusion). Furthermore, there are only two sapient species in Assassin's Creed: Isu and human, so I don't think a split between "creatures" and sapient species is necessary. Sol Pacificus(Cyfiero) 01:16, October 25, 2017 (UTC)

I'm not sure how to center the appearances boxes. Hopefully it can be figured out. Also, the species and creatures section may come in use after the new game, as there are giant creatures in the trailers. I'm not sure exactly how that will be explained, yet. Roger Murtaugh (talk) 01:22, October 25, 2017 (UTC)

Well, when the appearances template was added, it was just a starting point. I expected it to change over time. Roger Murtaugh (talk) 03:55, October 25, 2017 (UTC)

I'm not sure what to change exactly, in terms of how it would look after the change. Also, should there be a community discussion regarding the way it will look and what changes should be made? Roger Murtaugh (talk) 11:20, October 25, 2017 (UTC)

Just change "species" to "sapient species" for now unless you can merge "species" with "creatures". It's a simple factual correction. :-/ We could do a community discussion later. Sol Pacificus(Cyfiero) 14:33, October 25, 2017 (UTC)
That specific issue isn't a matter of style or how it would look. It's a glaring factual error. Sol Pacificus(Cyfiero) 15:26, October 25, 2017 (UTC)

I meant that there are articles that list different animals in the species section, which means that we may have to go through every article with the template to correct them if the template is changed. That's partly why I think it might be a good idea to bring it to a discussion and let an Administrator change it. Roger Murtaugh (talk) 18:11, October 25, 2017 (UTC)

We can take it to a discussion, but I think most people do not want to bother with it anyways and would sooner like to have it removed entirely, hence why I wanted to take the initiative to see if we can make it work first. With that having been said, your point really isn't much of a justification. There are barely any articles with media appearances boxes, and even if every page on a video game does have it, that is only at most about a dozen. The need to correct the lists after the change could come before or after, better after even, and it would be swift and easy. Either way, we'd have to correct it before or after the change no matter what, so I don't see how your point is much of a justification to make this so unnecessarily difficult, over what is entirely a simple, grammatical/factual error. In a wiki, we don't normally need to host entire discussions over grammar mistakes; it's inefficient. I would change it myself, but I'm having trouble editing the page. Sol Pacificus(Cyfiero) 03:06, October 26, 2017 (UTC)
Your concern over possible, needed corrections to the template after the change is also a bit of a self-defeating point because the template as it is now is glaringly erroneous and desperately needs to be corrected anyways, especially when the game is a day away from release. Sol Pacificus(Cyfiero) 03:15, October 26, 2017 (UTC)

I was under the impression that the template had become more used since I last checked. I thought that it would be a bigger deal to make such a change. In this case, I can change it for you. Roger Murtaugh (talk) 04:59, October 26, 2017 (UTC)

Retrieved from "https://assassinscreed.fandom.com/wiki/User_talk:Roger_Murtaugh?oldid=711812"
Community content is available under CC-BY-SA unless otherwise noted.