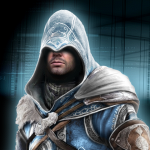 Hey Mentor,I was just wondering where exactly I should edit when I'm done with the revamp...a new tab in the pigeon coop for summary? Thanks--Fragment -Animus- 00:29, March 29, 2013 (UTC)

I will try to get on the assasignments as soon as i can...right now I have some family stuff im dealing with so hopefully i can start them by tomorrow.--Fragment -Animus- 21:57, March 31, 2013 (UTC)

No worries, as I said take your time. In the future, if you're aware of something that will delay the assignment for a longer-term (greater than a week), just post it in the coop rather than my talk page so I know. --NOSTALGIA TALK 22:00, March 31, 2013 (UTC)

Gabe's gift to you was listed by the image reaper for deletion. Make sure you place it somewhere safe, if you plan on using it.. --

Heya Nos. Nesty here. You have been absent now for quite some time. Because of that, I came here to inform you that if you do not respond to this message soon, you will be removed from your staff position due to inactivity. Just let me know whether you want to keep it and will become more active again or if you are willing to relinquish it. Nesty Contact me! 12:55, July 17, 2013 (UTC)

It has been a week and you  have not responded to my message. Therefore, regrettably, I have to inform you that you will be removed from your staff position. I am sure you understand that it is nothing personal. Nesty Contact me! 18:29, July 24, 2013 (UTC)

Retrieved from "https://assassinscreed.fandom.com/wiki/User_talk:Nostalgia_AC?oldid=481996"
Community content is available under CC-BY-SA unless otherwise noted.