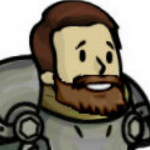 Please note that you need to source any and all images you upload to the wiki in accordance to our image policy. For more information on how to source images, check this page. Also check the information about naming images appropriately. Badly named or unsourced images will be deleted. Feel free to reupload your deleted image with proper sourcing. Thank you. Stormbeast ♉ The Helpful Place 05:49, November 12, 2013 (UTC)

I would like to remind you that everytime you're editing stuff here in the wiki, you should use the "Preview" button near the "Publish" button so that your edits will not clog up the activity feed and because of not using the preview button, the repetitive edits in an article may count as an evidence to badgee-hunting, which is strictly prohibited here. Just wanted to give you a heads-up.

Thanks. This might have been a contributing factor to the few times that I accidentally messed up a page and it ended up in Source mode. They're all fixed, though, so don't worry.

And I can assure you, good sir, that I am in no way hunting for badges. Are they nice? Yes. But rest assured, I am more concerned with the free flow of information than the accumulation of decorum.

That's more like it! Now for the basics, you should read the MoS of this wiki in order to help you out in creating pages, stuff, etc. --

Thank you; not only for the compliment, but for helping me for the last few days. I wasn't exactly sure what to do, but everyone seems rather patient and willing to help. MasterKenway (talk) 02:19, December 6, 2013 (UTC)

Nah, don't mention it. I just want to help. Everyone here in this wiki are ready to help new users... --

I'm going to ask that you not heavily edit the Edward Kenway page, as it is currently being revamped by Nesty and could disrupt her progress. Stormbeast ♉ The Helpful Place 19:01, December 5, 2013 (UTC)

Hey there, Just dropping by to say, if you are going to make edits on other peoples Fanons, you either need to have authorization from them, or it needs to be your own fanon. Any edits that are unauthorized will be undone. Happy editing! --Fragment -Animus- 02:28, December 6, 2013 (UTC)

No. I didn't want to dabble with that just yet, since I'm not all that familiar with even just the regular tools. I'm leaving it alone until they work out some of the bugs, anyway.  MasterKenway (talk) 12:59, December 10, 2013 (UTC)

I was just curious because I spotted your edit here on Royal Sovereign and (as you rightly pointed out) I wasn't sure if the formatting was a result of VisualEditor bug or not. --Jasca Ducato (talk | contributions) 14:04, December 10, 2013 (UTC)

Out of curiosity, why remove all those pictures from the Benjamin Hornigold article? What was wrong with them?Molotov.cockroach (talk) 02:01, December 15, 2013 (UTC)

Nothing was wrong - the problem was, someone had edited the article while I was adding all that text, and it went into source mode. I'm looking for the images right now to put them back up. MasterKenway (talk) 02:04, December 15, 2013 (UTC)

You don't need to go to all that trouble. Just go back into the edit history, find the code for the pictures, and paste it back in. Check to make sure everything looks neat and tidy in the preview, and you're good. That'll save you a lot of time. Molotov.cockroach (talk) 02:09, December 15, 2013 (UTC)

Hey MasterKenway, I'm just leaving this message to let you know that when you add more parts to your fanon, I may end up needing to merge them into one, large article to prevent what is essentially page hopping. When the time comes, will I have your permission to proceed?

Also, a tip. Instead of pasting in the code for the fanon template, simply insert this instead: {{Fanon|user=(Your profile name)|type=(FanCanon or FanNon-Canon)|extra=(Story, Character, Animation etc.)}}

Just pick what applies in the brackets and insert that (without the brackets), and you should be good to go. Here's a quick demonstration of one to clarify it:

Whenever you feel that the story is getting too long to keep going from page to page, you can go ahead and merge them. Just give me a heads up before you do so that I know that it's happening.

Out of sheer curiousity, can anyone tell me how I can properly source any screenshots that I upload? MasterKenway (talk) 19:43, January 27, 2014 (UTC)

I can't seem to find any templates for a three-piece dialogue anywhere. I know that the source code for a regular two-part dialogue is

So, user Redleaf pointed out an inconsistency in the biography you wrote for Olivier Garneau, namely, that he reportedly disappeared on his trip to Chicago on the 14th of October, when the Abstergo Entertainment research analyst was welcomed on the 29th of October (hence, the 14th would be impossible as the chicago trip chronologically takes place after the initial welcoming of the research analyst). Now, I'm not here to attack you over this mistake, since that kind of thing is bound to happen from time to time.

I am wondering where the "14th of October" date come from however. I had initially assumed it was a typo and you'd meant to type the "14th of November", but I looked around and I couldn't find a date for Olivier's departure anywhere. So uh, could you shed some light on this? For now I've just replaced the "14th of October" with "some time thereafter", but if there is a more specific alternative, that'd be better of course. Get back to me wen you can :) Crook The Constantine District 13:10, July 6, 2014 (UTC)

Hey Crook. It's been a while since I've been on here, so it's nice to hear from someone. But either way - I honestly can't remember whether it was a typo or not. It was so long ago, you know? It was most likely an oversight on my part. Garneau disappeared in November, going by the in-game timeline.

On a related note, I might not be on here for a while again. I've been living in a commune for the last few months, and plan on staying here for about six more weeks. So... yeah, unreliable internet. If you have any more questions, they may take a while to answer.

So, I just wanted to ask you really quickly where you got Hendrick's death date from. I'm sorry to bother you about this, but Storm deleted the category (1762 deaths) you added, cause you didn't cite a source in the edit summary. Please do so in the future, whenever you're adding potentially obscure information ^^;

Thanks for giving me the heads-up, Crook.

As for Hendrick's DOD, I looked at the database entry for the Octavius: here. As the entry states, the entire crew was frozen to death, including van der Heul, who was writing a log entry dated 1762. So, unless if Hendrick was playing some weird prank and wrote the wrong date on purpose to mess with people, it makes sense that he died sometime in 1762.

Not So Grand, Master Kenway

Kenway, make sure you're sourcing information you include on articles. Adding a paragraph on Robespierre's page without a reference is bad enough, but not including any sources on an entire page is unacceptable. Stormbeast ♉ The Helpful Place 18:52, October 12, 2014 (UTC)

Retrieved from "https://assassinscreed.fandom.com/wiki/User_talk:MasterKenway?oldid=582681"
Community content is available under CC-BY-SA unless otherwise noted.