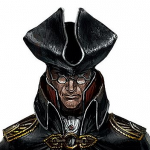 So how busy are you?

Remember the Just Cause wiki? I can't use the internet from the 9'th to the 19'th. Kronos890989 said that he'll try to show up, but the last time we spoke he did not have a computer of his own. That was like 2 weeks ago. There's usually about 10 edits per day, so it wouldn't take long to make sure that nobody's removing content or something. GMRE 19:35, May 3, 2012 (UTC)

I can probably check in on the wikia every few hours or so, but I'm generally not on the internet much so giving someone trusted rollback rights as well may be good idea. Lucan07Talk 01:14, May 4, 2012 (UTC)

why are you so mean to me?

i didn't do nothing to you! i just joking with master simya, and then you show up, tlelling things about me, who are you, and why are you doing this?

So since Kain, told us to take this to either of our talk pages I am dropping my response here to avoid clogging up the RA feeds.

It's a good thing D.Cello retired because I don't think I would have been to stand being a member under his reign. I don't know how you did it. Sima and Vatsa may be a little.. strict but all good leaders have this quality. Supreme Master AssassinIL Mentori 02:23, September 21, 2012 (UTC)

Tolerance was required I admit, you kinda didn't want to upset the balance in some cases, so people edited quietly to avoid the attention of D. Since he retired the community has expanded greatly, blogs were pretty scarce in the earlier days. He wasn't all bad though, if you kept on his good side he was a nice enough person. I agree with what you say about Sima and Vatsa, they're much easier to get along with then D. Cello. Lucan07Talk 02:31, September 21, 2012 (UTC)

I see what you mean by tolerance being a requirement in those days, but people editing silently so as not to rouse the attention of D.Cello tells me what kind of administrator he was... Ruthless... he probably ruled with an iron fist but I suppose he let the authority get to his head. I personally never had the opportunity to get to know D.Cello though. I think it's fair to assume that anyone can seem a nice enough person if you're on their good side. Supreme Master AssassinIL Mentori 02:43, September 21, 2012 (UTC)

I may have made it sound a bit too much like the "Dark Days" of the wikia but it certainly wasn't as friendly and welcoming as it is now and at times D. Cello could be ruthless. I find the wikia nowadays is a much...easier place to be a part of. Lucan07Talk 02:52, September 21, 2012 (UTC)

I could toast to that, I find myself wondering how long it'll be until Sima and Vatsa need to retire from the Wiki... I'm a long term thinker. Supreme Master AssassinIL Mentori 02:59, September 21, 2012 (UTC)

Hopefully it will be a long time before they retire. Who do you think would replace them when it inevitably happens? Lucan07Talk 03:03, September 21, 2012 (UTC)

I would have recommended -S- but he has an attitude problem with Anons. Supreme Master AssassinIL Mentori 03:14, September 21, 2012 (UTC)

Well, Sima posted on his talk page recently... as in today... or by where you live, yesterday... So, I don't think -S- has cut back on the attitude problem towards Anons, merely repressed it. Most of the Anons on the Wiki contribute poorly thought up theories but I pay them no heed. Supreme Master AssassinIL Mentori 03:26, September 21, 2012 (UTC)

No problem, just calm down okay? Before you have a heartattack. Next time just press the "Preview" button before you post an edit. Lucan07Talk

I am sorry. I am new to the wiki . I would really like you to help me.Where should I add that picture?

Hey Anex, it's all good. The photo itself should go within the little bit of "tabber" code it can get a little confusing. I think you should wait till tomorrow to add the photo as I think that photo counts as leaked or from a trailer. The game itself releases tomorrow so you can take a screenshot then and upload it, okay? :) Lucan07Haunt me...and Stuff 07:18, October 29, 2012 (UTC)

Thanks for replying.You're right I took that from this video http://www.youtube.com/watch?v=VNWKS7Litgg.

What time are you going to be available tomorrow?

I believe I will be out tomorrow for a decent portion of time but there's always the Admins here who can help you, I'll link you to their talk pages in case I don't get back to you tomorrow. Sima and Vatsa aaaand Nesty are the Admins here. Lucan07Haunt me...and Stuff 07:31, October 29, 2012 (UTC)

I'm sorry, I wasn't paying attention so I didn't notice the 'n' in Lucan. I saw 'Luca' and Lucas is a common name.Thanks for the links.

Sorry about the article and the tag-thingy. I'm new to this kind of stuff so I don't really know what I'm doing.

Hey, I saw you once in Community Central wiki, but you left. Nice to meet you :)

I'm trying to join this wiki too

In the Lost Archive memory 4, "The Mole", it's not just enough to view the broken circle and the pillar from a certain angle; the only way to get them to align is to stand near where Clay had drawn the Nazca spider, and there play with the angle.

LUCAN!!! You destroyed my one hour editing!!! I was almost done! I deleted Storm's bureau in my new edit, yet.. it said it was edit conflict!!! NOOOOOOOOOOOOO!!!!!

Retrieved from "https://assassinscreed.fandom.com/wiki/User_talk:Lucan07?oldid=498776"
Community content is available under CC-BY-SA unless otherwise noted.