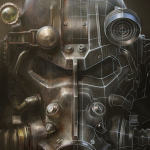 Thanks for uploading the covers for AC: Uprising. I wanted to inform you of two things, however. While the sourcing itself is correct, you're listing the summary and the licensing twice. As well as this, while there's nothing wrong with using Access the Animus as a source, try looking for the original source and get the images from there cause Facebook has a negative effect on image quality. Thanks for reading :) Crook The Constantine District 16:34, January 24, 2017 (UTC)

Hey Kulurak, just saw your edit on the weapons page and that will be really helpful. If possible, could you also get the stats of those common or rare swords at level 40? I will start on getting those myself as well, so we could do this fast. Thanks alot! XOdeyssusx (talk) 01:39, November 18, 2017 (UTC)

I had Aya glitch mission happend to me, so i have over 9 000 000 drachmas, so money is not problem for me (spend over 2 millions on reda chests). But i have just (yesterday before i discovered your sandbox with weapons) sold over 150 rare/common items (kept only legendaries), so i no longer have them, that include some quest rewards (but still have about 40 side quests remaining so if anything will be rewardedd to me, i will add them too). So i will only be able to add all legendaries (including dlcs)  + that common/rare that drop to me now. + i have over half of weapons from helix store also, so i will be able to get these stats too. But i think i wont be able to play much this week, it will be busy for me, but next week i will try to add everything i have. Kulurak (talk) 08:21, November 18, 2017 (UTC)

Yeah, I took some of the data from the post, but based on what I've seen, there's a possibly that the stats vary and may not be the same for everyone, thus the difference in the dmg for some of the weapons.

Stats in damage are little bit different, because it apply "Master Warrior" (Passive ability. Increase the damage of all your melee attack by 1%. This can be acquired multiple times.) damage buff to damage from skill tree, so it depends how many points everybody have in this skill, that makes that small/big dfference.Kulurak (talk) 17:55, November 19, 2017 (UTC)

Retrieved from "https://assassinscreed.fandom.com/wiki/User_talk:Kulurak?oldid=774683"
Community content is available under CC-BY-SA unless otherwise noted.