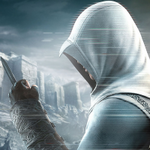 You're my superior in both title and ability

I happened to notice a shop in Tehran, that you can give him your desired sign, plan, drawing, etc, and he will make a pendant of it for you. Actually you'll have to find such a shop in your location that does such a things . -Safety and peace 06:35, June 28, 2011 (UTC)

About the User Box you've created, I've added it to my profile, but wouldn't you think it was better to use Sun & Lion flag instead of Allah flag for Persia? I think it was much better...

Allah flag isn't flag of Persia... It is the flag of Islamic Republic...

Just until moments ago I realized that the Americans Brainwashed Canadians into thinking Iran is a poor country *-_-. I who was taught that ignorance ills the world am a victim of it. Thus this very thing I said annoys you as whole? To be honest I very much dislike being north of U.S.A I don't mind the people. But they... are loud about their beliefs. They just don't know when to shout up, eh? I hope I do not insult you. If I did please explain. K'jal'mar ( The talk| Contribs) 19:12, July 18, 2011 (UTC)

What does a poor country mean?! Iran used to be superpower 2500 years ago, again it became one of the two main powers along with the Roman empire, After Arab conquest it presented a hell lot of scientists to the world. But it is all history! If you don't know history that much, it doesn't mean that you're ignorant.
The truth is that Persia has become a poor country, poor in every way. It is a third world country.
But there is one important lesson we must not fail to learn, and that is to remember that every superpower will fall someday. The only thing a superpower country can do is to remember that people of the future world will judge superpowers of history. --Safety and peace 20:01, July 18, 2011 (UTC)

I know history. I love Persia. The culture is great. But I thought Iran was much poorer then it is. I don't know. To much power always leads to failure. For there is always a nation who will compete. When the world is more... balanced. Do you currently live in Iran or are you just from Iran? I don't want to sound like an asshole. But because of the fact that many countries in the middle east are poor... people tend to be less educated. But you my friend can spell by better then most 40 yrs olds in the English speaking countries. K'jal'mar ( The talk| Contribs) 22:08, July 18, 2011 (UTC)

I'm from Iran, and I have always been in Iran, and I'm not expected to be out of Iran ever.
Less educated? I doubt that the number of universities in Iran is less than number of universities in the developed countries. Though I agree that all the universities of Iran suck, they're universities still.
I cannot tell you what percent of people are educated here because there's a sea of difference between living in the cities and living in the countryside. But that's not important anyway, the problem is that even the educated ones cannot find a job. So, it's more an economic problem than a cultural one.
And there is no problem with your messages, I don't feel insulted. People know nothing about Persia, that is what I expect. But it is lovely that you leave messages on my talk page. And you're now different from others, you know about the country more than 98% of the world. And even if you wanted to tell me that Persia sucks, I would not fully disagree with it. --Safety and peace 20:49, July 19, 2011 (UTC)

I'm back and u know who am I:ur Partner

Most of the Assassin's Creed memories are plain repetitive and even if some aren't completed, it doesn't impact the assassination in anyway. So it was decided not to add them. Hope you understand. Happy Editing. --VatsaGentek 12:06, July 24, 2011 (UTC)

It was 2 weeks ago that I asked D.Cello about Assassin's Creed Memories and he told me I can start. What repetitive, you have made articles for all of the dialogues and conversations in AC2 and AC:bh. Do you mean to tell me, that every time that Almualim and Altair talked to each other, they were repetitive that they totally do not deserve even 12 articles?! --Safety and peace 12:46, July 24, 2011 (UTC)

Using my images without credit

I've noticed that you placed my eraicons on your Persian AC Wikii. Whilst I'm pleased that you're aiming to improve your wiki by including such features, I've noticed that you've failed to give me any credit whatsoever for the images. This is both irritating (for all the effort I put into the images ust to have you practically claim them as your own work) and illegal. I suggest you either credit me, or create your own eraicons, and delete mine. --Jasca Ducato Council Chamber Assassination record 11:03, August 3, 2011 (UTC)

I'm sorry, I expected one of you would come to tell me this. The point is that I didn't know how to do it. But you can help by doing this in one of the Eraicons in The Assasssin's Creed Persian Wiki, and I will follow you on the rest of the Eraicons. Agreed?

Kid, I'm gonna be as politely as possible:

What the fuck you have in mind to just copy a lot of our stuff without ever asking permission? Do you lack common courtesy or just is so dense to the consequences of your actions? A lot of people have worked hard to make images and articles, images and articles that you stolen. They are better people than you --- if you can't create something as awesome as them can, at least be man enough to ask for permission to use it.
We are requesting Wikia to takedown from that wiki everything you stole from us, since the lack of source and permission consolidates a copyright and authority infrigement. It disgusts me to have someone like you a active user here, so I'm blocking you from wiki.
Yeah... Karma's a bitch. -- D. Cello 17:47, August 9, 2011 (UTC)

You see it was 6 weeks ago, that I didn't knew nothing about editing a wiki. But then I tried to learn, by examining and mostly by "test and result" , then I learned how to do it. I think you remember I wasn't any trouble for 5 weeks. I wanted to be active, and I was quite successful. I asked for your consent to start creating AC1 memories. Then I had three sequences written on my hard drive, in source mode ,with images. Then someone else told me that I must not upload them. At the same time, some of your friends banned me from the IRC channel because of this, you see I had simply uploaded a new version of the image, on the same file. Then I was shocked, I wanted to be awesome in this wiki but they ban me from the chat! No need to tell you that I was behaving nicely in the chat.
I was in the state of "what to do now" then, in order to stop bothering you all, I created a Persian version of this wiki. In fact I intended to make it similar to yours, in order to... just to feel that this wiki would br a part of yours.
But, I didn't mean to steal. As I said I was learning by "test and result". Before I knew that what this "import - export" thing works, I tested it and the result was stealing! I know what you mean, but I didn't knew what I was doing, to have asked for your permission.
And in the end, you are the elder of this wiki, I don't think this is a proper reaction to say Persia doesn't exist. Because by saying so, you admit subconsciously that you know it exists. Anyway It's been 7000 years that countries come and go, some of them change their names, some of them are a scar on the face of history, and some others...
--Safety and (peace, in all things) 19:08, August 9, 2011 (UTC)

Retrieved from "https://assassinscreed.fandom.com/wiki/User_talk:Imam_of_Alamout?oldid=191042"
Community content is available under CC-BY-SA unless otherwise noted.