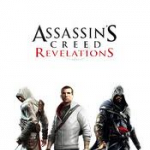 Hey sorry to disappoint you but Castor may have been your recruit in the Mediterranean Defense but the recruits are random for different players and sessions. So, that Castor is headed for deletion too. Sorry--OdranoellutaTalk 08:35, March 14, 2012 (UTC)

Sorry mate..If it's correct then my bad..you can put his name in the Master Assassin page though..I'm checking, although how I'll do is out of my head--OdranoellutaTalk 08:55, March 14, 2012 (UTC)

Hey Il, I suggest you use sandbox and try further additions/editing there first before doing anything in main space. Also, the Italian Assassins needs a minor revamping, it's a bit in the condition of being like "rough round at the edges". Hate to say this, but half expect your pictures to go from there(courtesy of this guy coz he deleted your previous ones too) I too don't think they are required there, both the pictures and other additions(although not all). Just my thoughts on it.--OdranoellutaTalk 10:45, March 25, 2012 (UTC)

Please note that you need to source any and all images you upload to the wiki in accordance to our image and sourcing policy. For more information on how to source images, check this page. Also check the information about naming images appropriately. Badly named or unsourced images will be deleted. Thanks. Nesty Contact me! 12:14, March 26, 2012 (UTC)

So, I've made the edit that you allowed me to do, and I've altered some small details a little to add more of an appeal to the story.

Two notable things I did though was that I changed the Diamond of Eden to the Lens of Eden, since I considered that the First Civilization wouldn't really make a Piece of Eden with such a material functional that Diamond would suggest. Perhaps you could say that the Lens of Eden was a Piece of Eden that allowed the owner to see into other people's thoughts as some sort of Eagle Vision enhancer, or perhaps it could be used like a scrying crystal to point the user in the direction of what they're after/other Pieces of Eden.

Also, seeing as it mentioned on his Wikipedia entry that he received a book called the Vedas and a Jaanva thread during his coronation, I figured I'd assign a purpose to those two items in conjuction with each other to explain a way that it could be used by Modern Assassins to transfer skills, kind of like a combination between the Book and the Memory Seals/Animus. Slate Vesper 00:57, March 28, 2012 (UTC)

Hey there IlMualim, you'll be happy to know you've passed the Apprentice interview and have become an Apprentice. I'll be your mentor now. So, yeah, thats 'bout it. Hope to see you do well. --Twelve Talk to me 13:47, April 17, 2012 (UTC)

yea and i need a bit of help .

Hey there Il, due to crappy internet and some RL problems, I've not been to active and I apologise for that. I'll try to be active from now on but I can't guarantee anything. What you can do is select a few projects and work on them back to back if you wish. --Twelve Talk to me 10:47, May 17, 2012 (UTC)

Hey Il,why don't you use the Apprentice Revamp for your Blacksmiths assignment instead of the Working Revamp? Granted you chose this yourself but still.....and you can remove the Revamp temp from the page too.--OdranoellutaTalk✲

Country moved, you? you where now? Like Yoda talk I--OdranoellutaTalk✲

sorry I got samuel adams and paul revere mixed up for some reason, thats why i changed it

Yo Il, good work while I've been away, you deserve this:

I don't have a large problem with it, but if I may ask, why did you remove my comment aobut Fiting In being Sequence 2 Memory 1. It is true afterall, and this ways people know how far the memory is in the game. I would just like an explination. Thank you.

Thank you for reminding. You will be contacted when a new mentor is assigned.. --

Heya Il, Teller here and with a short discussion with Blaidd, it has come to the conclusion that I'll be taking over Twelve's position as your Mentor. (Hoorah and condolences :P) Anyway, my way may differ from Twelve's so I best be giving you a glimpse of how things work under my guidance:

Ranks: Ranks are determined by the following things -

Assignment Categories: I've put how I do my assignments into 3 Categories -

Time Limits Time limits somewhat vary; they depend on activity, problems and so on -

PS:I'll expect you to shine my shoes in the morning be on IRC reguarly with updates on your progress unless issues arrive concerning IRC. If I cannot be contacted then communicate through the Pigeon coop. That's what it's there for.

It was a few months ago, but thanks anyway.

Hey IlMualim. As you probably have seen, Teller has left his staff position on the wiki, thus also his Mentor role, leaving you mentorless. Unless you wish to end your apprenticeship prematurely, I will be arranging for a new Mentor to take his role. I'll let you know ASAP. Aaaand, if you wish to end your apprenticeship because of this, let me know ASAP if you would. Nesty Contact me! 18:35, April 28, 2013 (UTC)

Stormbeast will be your new Mentor. I have already taken the liberty of adjusting the templates on your userpage, though it will need to be done again when the proper image has been uploaded. I'm quite sure Storm will contact you in your pigeon coop and you'll work from there. Good luck. Nesty Contact me! 15:23, May 1, 2013 (UTC)

Hey IlMualim. As you are probably aware of, the apprenticeship program requires a certain amount of activity. You have not worked on any assignment for a long time, you have not responded to me or Stormbeast, your new Mentor. In fact, you seem to have not edited at all lately. I'm giving you two weeks to respond and contact either me or Stormbeast. If you do not, you will be removed from the apprenticeship program due to prolonged inactivity. Nesty Contact me! 12:17, May 8, 2013 (UTC)

Due to your prolonged inactivity, I have removed you from the apprenticeship program. Nesty Contact me! 07:23, July 19, 2013 (UTC)

Retrieved from "https://assassinscreed.fandom.com/wiki/User_talk:IlMualim?oldid=479930"
Community content is available under CC-BY-SA unless otherwise noted.