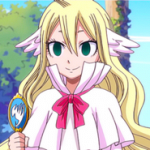 Please, can you shut up about that AC should adopt to the FPS genre? They aren't even aiming for nearly the same audience and everyones just laughing at you when you are trying to proove a point that has no significanse whatsoever. For reasons obvious, AC getting any form of optional first person shooting would partially ruin the concept of fast paced thirs person climbing game. So please. Shut. Up.

Please stop using aggressive behaviour towards fellow contributors, especially anons. "Shut the fuck up" isn't exactly a warm and friendly attitude we want to encourage. This isn't YouTube were it's all nice and fun to insult each other, we are a community. So please keep it so! -- Master Sima Yi 08:12, April 12, 2012 (UTC)

I couldn't help but see your conversation with Sima in his talk page..And that thing about your signature..its not really a big problem..actually its nothing..in your sig temp sub page i.e. User:Fairy_Tail_Grand_Master/Sig1, you have started the code from the third line..just move it to the first.--OdranoellutaTalk✲

Hello Fairy Tail Grand Master. I'm leaving this message here to ask you to stop spamming the wiki with blog comments. Lately, many comments have been off-topic, rather useless and frankly a bit annoying. It is not necessary to respond on every blog and every comment, especially if you don't have anything constructive to add. Thanks! Nesty Contact me! 06:16, July 31, 2012 (UTC)

There is nothing wrong with critcism. Not everything is positive, if I could not critcise/be negative at certain things, then every idea will be endorsed, no matter how off or stupid it may be.The Joker~ (talk) 06:49, July 31, 2012 (UTC)

Yet there are limits - lately, you have been negative about nearly everything. In such cases, it might be better not to post anything every now and then ;) Nesty Contact me! 06:50, July 31, 2012 (UTC)

Not really, I have been negative over AC:R and certain ideas, but not about everything. If that was the case, I would shoot down every single thing on this wiki. And just a side note: Calling people trolls for thinking in different ways/different opinion is not exactly a good idea. The Joker~ (talk) 06:53, July 31, 2012 (UTC)

But here's the thing, Joker. Your constant commenting is affecting the wiki in a negative fashion, because people can't view the Recent Activity for article edits because all they can see is you commenting. You need to tone it down, and you need to take what Staff members are advising you to do seriously, instead of shrugging it off because you think you might not be breaking any rules. Slate Vesper (talk) 07:03, July 31, 2012 (UTC)

Most of the blog posts today are not even mine...

Joker, knowing you from the Ubisoft Forums, I can tell you won't drop a topic. It's about time you taught yourself some restraint. Whether or not you're the one posting the most, you don't need to give them something to latch on to. Slate Vesper (talk) 07:12, July 31, 2012 (UTC)

And I did not even know that people hated the game so much, the reviews I saw were positive, so I shed my opinion on the subject, only to discover everybody here hates the game.The Joker~ (talk) 07:15, July 31, 2012 (UTC)

<face palm>"only to discover everybody here hates the game" Gawd! Haven't you been listening to anything we have been saying!! Not all of us hate it! Well anyway forget it. From now on stop being negative unnecassarily.Fairy Tail Grand Master<F.T.G.M. >07:22, July 31, 2012 (UTC)

You hereby get a warning for inappropriate behaviour. "And its for these kinds of comments that make you "Gay sick stupid bitch"" among others is not acceptable.

"Previously a well known anon and now a bad-ass comedian" Thats like, the nicest description ever. * tear Also you have 2 Jokers. Might wanna fix that. ThatRandomUser ~Lair of Randomness (Enter at own risk) 10:35, August 24, 2012 (UTC)

Use the preview button so you don't have to edit multiple times. ThatRandomUser ~Lair of Randomness (Enter at own risk) 10:38, August 24, 2012 (UTC)

Hey, what 'bout me in your awesome list. I am sure you know me well by now,if not for starters we live in neighbouring countries. And I think this would fit me 'The most awesome guy on this wiki'

In your recent blog comments you along with a few users seem to mention User:The Joker~ a lot. This creates curiosity among new users and an unnecessary thread of off-topic comments. Joker was banned for this particular reason, flooding blogs with unnecessary comments and his rude behavior towards other users. If you feel that you cannot comment without mentioning his name, even as an example, then restrain yourself from commenting on the topic.. --

Download this. Then you install it in the Directory in which you installed AC3. After installing, Go to the main menu. You should see an option called "The Tyranny of King Washington". Click on it. The game will ask you to create a new save file, create it. Click on Episode 1: The Infamy and it should launch. P.S: I have the PS3 version so I don't know whether this works.Wolfenstein ~ The Hidden Den 03:30, March 14, 2013 (UTC)

Well, time to start my lecture ;)
1. Download utorrent from this site
2. Visit any torrent site. There are a number of sites but I mainly use TPB. KickAss Torrents is also a good one.
3. Check this site for regular updates.
4. Then download the file you want. Just search for it in KickAss or PirateBay. Make sure you click the Games check box. The spelling should also be perfect.
5. If downloading from Pirate Bay, click on the word SE in the 3rd column. This will make sure you're downloading the legitimate file.
6. Click on the first link you see. It should end with either -SKIDROW or -RELOADED. They are good torrents.
7.DO NOT click on the big download button. Never click on the big download button. Either click on the small magnet picture or the download torrent button.
8. Chrome will ask your permission to launch an external application, give permission and the download should commence.
NOTE: The speed of the download depends on the seeds/peers ratio. So a torrent with more seeds and less peers means faster downloads and vice versa.
ALSO REMEMBER TO READ THE COMMENTS SECTION.
If you have any other doubts just leave a message on my talkpage.
Wolfenstein ~ The Hidden Den 16:01, March 29, 2013 (UTC)

I saw that you rated War in the North 2 stars, May I ask what you didn't like about the game? I thought it was one of the better Lord Of The Rings games.

Wow you are the second person to ask me that. Okay let me give a list

1. It takes so many hits to kill a simple grunt in the very first mission itself

2. Its an RPG, so there is tons to do and not enough convenience to do so

3. The armour, weapons are mostly useless and the ones you can actually use degrade so quickly

4. As a hardcore gamer, I HATE, I mean HATE seeing a "Incomplete" or "Fail" or anything less than 100% and in War in The North, gaining 100% means having to travel an insane amount and having to go through the same repetitious shit.

Forgive me for my frankness but I'm not the only one who thinks the same. For me the best Lord of The Rings games are Battle for Middle Earth 1 & 2(2 is better since 1 is kinda glitchy and takes forever to complete even though its so satisfying) and Rise of the Witch King. Aragorn's Quest comes close as well since it was really nice. I loved Conquest too but it gets repetitive after some time and I hate dying a lot.
Fairy Tail Grand Master<F.T.G.M. >16:25, September 27, 2013 (UTC)

Are now known as Anti-Kain. You're like my evil twin, except in this case you're the good one.

And I'm posting this here, because the resident censorship man has a stick up his ass and keeps removing only my blog comments, instead of deleting whole chains of offtopick ones like he said he would. Fucking persecution. --Kainzorus Prime Walkie-talkie 16:07, October 14, 2013 (UTC)

Uhm... You didn't really have to repeat it. I replied to the first one before Sima deleted both it and yours and I saw your second one before it too got deleted. And glad to meet ya my twin :)Fairy Tail Grand Master<F.T.G.M. >16:10, October 14, 2013 (UTC)

If people would use comments for actual discussions on the blog topic or topics derived from it rather than treat comments like Facebook and ignore my request to stay on-topic, I would not feel inclined to remove them.

Fine, at least I have an explanation now. Weren't you gonna put up a vote on blog comment policy this weekend? --Kainzorus Prime Walkie-talkie 16:15, October 14, 2013 (UTC)

So you're a stalker too? We have something in common ;)

lol this is "wiki stalker" mind you. Back in Fairy Tail wiki we have a brotherhood of stalkers lead by a King. I was the original stalker-king but that guy pestered me and helped me out so I gave the position to him and now I'm aiming for Stalker-Emperor >:) But... I do stalk in other sites and real life as well. In real life its a little different though, since it involves a lot of listening in on other people's conversations without appearing to be a stranger. But all this is merely a hobby, stalkers of the brotherhood have a pride, we do not use the info we gather to blackmail or hurt others. We merely use it for joke purposes and to entertain ourselves. XD The Stalkers that do it for more sinister purposes are not welcome.Fairy Tail Grand Master<F.T.G.M. >05:42, November 13, 2013 (UTC)

Lol, I actually watched the whole of memory one to see whether you were gonna use it there and then ran out of time to watch the other vids. :P It didn't hit me to associate the theme with the Earthquake. Nice touch my man. That was amazeballs! T^TFairy Tail Grand Master<F.T.G.M. >11:18, May 3, 2015 (UTC)

Where Are You M8

How have you been? Haven't seen you on the Wiki in a while.—unsigned comment by Abelzorus Prime (talk · contr)

Retrieved from "https://assassinscreed.fandom.com/wiki/User_talk:Fairy_Tail_Grand_Master?oldid=667837"
Community content is available under CC-BY-SA unless otherwise noted.