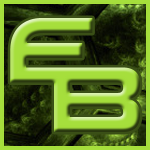 Esco why have u blocked me from your youtube channel i have done nothing to u i wanted to subscribe but it said im blocked D: can u plz unblock me?

I understand why you block some people but i only discovered your channel a week ago and i wanted to leave a comment and it said i was blocked.

Initiates has ignored my request

Hey, Esco. This is DarkFeather, one of the Rafiq here on the Wiki. I've been trying to get an Initiates alpha key for the last two weeks, and no one at Ubisoft is responding to my requests. I thought I would try you. Is there any way to get one? Thanks. DarkFeather Raven's NestRaven's Hunt 00:02, February 15, 2013 (UTC)

We currently are not giving out new keys. If you requested one before, and missed out on the first round of invites, then you will get a key at some point in the future. At present, we have no guarantee when that will be though. Hope that helps. EscoBlades Talk 00:09, February 15, 2013 (UTC)

I must have just missed it, then, 'cause I heard BlackSoul got one right about the same time. Sadness. If you get any openings, please let me know. Thanks. DarkFeather Raven's NestRaven's Hunt 00:20, February 15, 2013 (UTC)

Alright, Esco. I'm back. Just heard that another round of keys were released, and to people who signed up day of, apparently. I've been on the list for months now. What gives? I'm Staff on the Wiki, I've had my account since Uplay started, I have each game and bought the collector's edition, I'm a professional sysadmin... I'm failing to see where a value-based selection process wouldn't find me worth the serverspace of an account. I would really like to know how the selection process works and why I'm being denied. If I'm going to be denied, I would like some disclosure on why as a professional courtesy. Closed-doors events like this are making me reconsider my preorder strategy, considering that it continues to earn me the ire of the comdevs rather than access for the loyalty to the franchise. I would appreciate any insight you can provide. DarkFeather Raven's NestRaven's Hunt 02:31, June 21, 2013 (UTC)

Retrieved from "https://assassinscreed.fandom.com/wiki/User_talk:EscoBlades?oldid=471807"
Community content is available under CC-BY-SA unless otherwise noted.