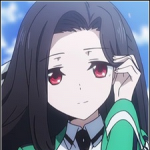 This section's purpose is for the Master to drop short messages to his Apprentice in case a situation comes up.

Hi dude! Thanks for the comment - I hadn't quite appreciated that each little edit adds something to some score of mine. I tend to think: commit earlier, commit often :-). I'll try to do it in bigger chunks, but my time tends to be limited so I prefer to edit in small bursts.

I honestly don't care which one is used as long as it's the same on all three faction pages. If you want to stick with sub headings then you'll have to change it on the Thieves and Courtesans pages as well. (I'd do it myself but that'd look a little too much like edit whoring. (I should double check the entire page before doing an edit so that I don't do so many). -- JFHavoc (Talk) 20:29, June 5, 2011 (UTC)

Alrighty. I agree, semi-colons look nicer, but it's nice to be able to browse the article from the contents box... Anyway, yeah, I'll change it round. Anyway, sorry for the inconvenience. :P --Elchzard 21:11, June 5, 2011 (UTC)

Sorry about the absence from the IRC today. Things with my assignment haven't gone according to plan so I have to work at it for the next few hours. Will drop by tomorrow evening. -- ► Kaloneous ◄ ♣HelpDesk♣ 22:48, September 5, 2011 (UTC)

No need to apologise - We just all want to talk, seeing as you're such an awesome editor xD

Thanks! I knew the editting/formatting part would be my weakest point, and to be honest that was the only thing I was slightly worried about. I've been reading a lot on this wiki, and I'm blessed with a good memory and decent social abilities, which makes working on a wiki a lot easier! Thanks again for taking my interview! Amnesty 19:06, July 5, 2011 (UTC)﻿

you're my superior, in both title and ability

As you well know, we've had eyes on you for some time now. Due to our growing number of apprentices, we have come to the conclusion that whatever you have left to learn can be learned on the job -- instruction under a single master is no longer as crucial to you as it is for the others.
Therefore, we arrived here. Your final test and official invitation to join the ranks of the Istruttorium.

War, Sima, Rayne, Assassinist, Recruit, Teller, Udi, Vatsa, Lupo, and Erudito have agreed that you are ready to join, but Blaidd said you need experience )also seconded by Subject 12) and more edits, and that's a heavy point. So I've talked to Blaidd, runned the idea through Rayne for an outside perspective, and here is your task:

You will find all the info on your coop.

I know this may be hard, but pass this and you'll be officialy a staff member and member of my personal crew -- you'll bathe in the waters of awesomeness and sit back as the world makes a new, wonderful sense to you. Girls will cheer when you pass on the street, your Oreo pack will have twice as many cookies and your dog will hapilly swing its tail when you get home. XD

Greetings, padawan. First of all, I'm sorry for your master's departure -- he was a good member, and he will be missed.
Your training is already too advanced -- it won't be right to put in on hold. We don't have any masters avaiable to continue it, but even then, the necessity of it is dubious. You have already exceled in many fields, and you have a great attitude and sociability towards the community and hierarchy -- your weak spot, editing, is something you will acquire with practice. You don't need to be teached to edit, you need experience. As such, you are now promoted out of the iniative and into the Istruttorium.

I am sorry that your promotion is not on better terms, but we can't stop -- we must always move forward. War will be missed, but there's always a chance he will come back. Don't lose faith. Congratulations on your promotion, and report to Rayne and Vatsa.

Yo Elch. Yep, your first task is here so are you ready? You're not? >_< You still have to do it anyway. XD U JELLY OF MY AWESOME BOSS POWAH (HQI INC.) Anyways, your task is this:

You are to create an Avatar for Dop3man 80 and these are a list of the requirements in it.

That's your task, think you're up to it? Good! Now get to work, I might start paying you... NOT!

Hey Elch. You're not the only one Wikia hates. I've tried uploading the files, giving them the same name as the old files and telling the thing to overwrite it, but it doesn't work. The cake is shown in the file's history, but the sloth remains "current", and I've tried reverting to previous versions (Cake) a few times, but that doesn't work either. I've asked TST for help, but we haven't managed to fix it. Sorry! Amnesty 12:04, August 21, 2011 (UTC)

YOU WANT THE VIEW? YOU CAN'T HANDLE THE INTERVIEW?!

Yo Elch. Checked out Nesty's Apprenticeship and noticed you hadn't put the interview, your search is over since the interview is HERE. Have no fear, Teller is here. ;) Nanu Nanu ^_^ Teller Words, On my Screen :O 08:20, August 22, 2011 (UTC)

Hi there master Elchzard :) I'm almost done with my assignment (even did the extra stuff and the minor assignment), and I'm waiting for TST to finish rendering my pictures, which will be either friday or saturday. Just so you know, my articles might not be completely finished by friday. Bye for now! Amnesty 08:00, August 24, 2011 (UTC)

Hi Elch, I thought you'd be able to use this new info for the bomb crafting article from an interview Amancio gave. Apparently there will be stink bombs and a training mode. Anyways, the credit for the find goes to the person next to me who should also be finishing an assignment but it procrastinating (like me). The link to the interview is here. I hope it's useful. -- ► Kaloneous ◄ ♣HelpDesk♣ 23:51, September 5, 2011 (UTC)

Removed your first warning. You should read the message I left along with it. :P

Present from the HQI staff!

Oh hello there! Fancy seeing you here! What, you're not going to offer me any concrete orange juice? Fine then, I'll just get down to buisiness, I have a code here for you:

Delete code after you read this please :)

Thanks for putting my page back. Normally I'm very capable of reverting vandalism, but my trying to use an old edit just wasn't working for some reason and coming up with a funny edit. LuckyTimothy 03:54 September 25, 2011 (UTC)

Hello Great Istruttore Elchzard, I'd like to clarify something bout the art contest,

I could see that User: Il Lupo ( D.Cello's apprentice, if I'm not mistaken) had posted his entry in the form of a video...so can you actually do that or had he done it wrong...And also, does my entry need to be coloured?

Appreciate it if you let me know, =)

Yep, Lupey did add a video – in my opinion, that's perfectly alright. It's art, after all, and we only have three entries so far! xD

So, yes, that's all good. And on the point of colours, it really doesn't matter. If you want to colour it, it's up to you – all we're asking for is art, based around a theme. :D

Hey there Elch, thanks for doing this, CryptoKiller has been waiting very patiently for this. Alright here it is, and I should warn you, it may be a bit difficult to do. It MUST have the following:

-The Turkish Assassin's guild's insignia, here's an Image if you need it

-The Black Room Memory Corridor as a background

-The Turkish Assassin Insignia is too have a Steel-Blue look to it, if you don't know what colour that is, check Here

This request is for CryptoKiller, so after showing the finished product to me, you can post it on his Talk Page. Thanks again, and if you need any help at all, you know where to find me :)

Hey there Elch, I recently made an edit to Odrano's fourth sandbox which has a Fanon template in it, with his permission of course, and I was wondering if you could have a look at it and see if it's alright? I figured I should ask you because you also edited it before me. Slate Vesper 05:57, April 1, 2012 (UTC)

Hiya Slate. Yeah, I saw that - It's good. I'd like to draw your attention to {{Fanon}} though, which I've been working on over the last few days.
Please take a look here and leave your opinion as to which you'd prefer to see as the final version. :)
If you'd like to do some rewording on {{Fanon}}, too, please feel free to do that on the template page and then run it past me afterwards.
Thanks, Elchzard (Talk) 11:52, April 1, 2012 (UTC)

I'm not sure what you mean. All I did was go on his sandbox and edit the text portion. I wouldn't really want to mess around with the code in case I break it. Slate Vesper 11:59, April 1, 2012 (UTC)

Hey Elch, taking a look around here, I see that there is no monobook customization. Taking a look through the Wikia css, there is enough there for a basis of a skin. So what would you think of letting Monobook wiki do a skin for you guys here? --God Pray19:37, April 1, 2012 (UTC)

Let's just get to business on this one. As you should know by reading an old blog of Blaidd's. The Fanon Section is organizing a new featured system and I asked you awhile back if you could put a button on the Nomination which would allow you to create a new section with the nomination. If you're too busy, fine, I'll ask Dark or whoever. All I'd like is for someone to click a button which would allow them to nominate their articles. Similar to talkpages really. You'll find where I'd like you to add it over Here. That is all. --Teller Words, On my Screen :O 11:23, June 25, 2012 (UTC)

Hi Elch, about the artwork for the comp, I'm just looking for permission to add 4 images rather than 3. I'll put forward 3 as my main entries but since I did 4 I'd just like to share the 4th one as well if that's okay? Also, sorry to post this question here but my browser is acting funky and your Tes talkpage won't load properly for me. -- ► Kaloneous ◄ ♣HelpDesk♣ 20:22, September 12, 2012 (UTC)

Hey Elch. Although you've been active at the IRC, it has been almost 3 months now since your last edit. We wanted to know if you have plans to resume editing since we require active staff members. You have a week to reply to this message.. --

Please help. I can't access the IRC. When i sign in with my username and password it says Disconnected from server:Connection to IRC lost. Any solutions?????The Dark Soul (talk) 10:59, January 22, 2013 (UTC)

Retrieved from "https://assassinscreed.fandom.com/wiki/User_talk:Elchzard?oldid=423929"
Community content is available under CC-BY-SA unless otherwise noted.