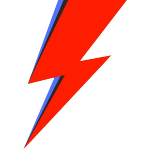 I had a quick question about your addition on Sorkin's article. When or where exactly is that tidbit mentioned about Violet waiting on an update regarding Sorkin's medical condition? I don't remember hearing that, though it's possible I missed it. Was it in an audio file or something?

Hey to you too!

The info about Sorkin was briefly mentioned at the beggining of the "Lindisfarne" audio file, just before they started talking about the Animus, Berg asked about Sorkin.

Wild stab in the dark here, but do you speak Spanish by any chance? Apparently there was a Spanish stream yesterday, and sadly I am not fluent in the language at all. Could you check it out and see if there's any new information of interest?

Yeah! I'll check it out in a minute!

Finished. Well, nothing important, but what they said is this:

1) Jacob is a little bit more "Main Character" than Evie

2) Each character will have independent personalization, what you upgrade with Evie, stays with the Evie's "character"

3) Clara, the little kid at the bar, is like the leader of a gang of Thieves Kids, and will help Jacob with the info her kids get.

4) The map is separated between 8 very different districs

5) The fights are harder

Alright, thank you Dipson. Seems these streams (in English, French, German) were all very similar in content :) I'm only surprised at the "8 different districts" really; I thought it was going to be six? Anyways, thanks again ^^ Crook The Constantine District 06:38, July 18, 2015 (UTC)

We have everything he said here, i do not see any actual proof that supports his theory. Consus is relate dto the Assassins (Which he helped) Giovanni and the Shroud... So? DipsonDP (talk) 21:07, August 24, 2015 (UTC)

I also disagree with the Theory, just thought you'd be interested because we are both intrigued about the FoU's identity. Abelzorus Prime (talk) 21:38, August 24, 2015 (UTC)

Im actually helping a friend that has a channel which is "the major AC Channel" of LA and Spain. He is more like the "How to get the 100%" videos, but recently he gave me the chance to make some Scripts about the "Lore part" of AC, like explaining the Pieces of Eden and stuff. DipsonDP (talk) 23:08, August 24, 2015 (UTC)

I hope you don't mind, but I've had a go at revamping the Girondists article you created. Remember, most of the content of a page should derive from AC-related sources (games, novels, encyclopaedia, ubi-affiliated websites) - copying material from wikipedia is not really the way to do it. I appreciate you starting and contributing to the article though. My draft for the page might've been stuck in my sandbox for quite some time if you hadn't ^^; Crook The Constantine District 20:20, October 20, 2015 (UTC)

Putting "Confirmed by Darby" in an edit summary isn't enough to justify an edit. You have to add the tweet as a source to the article. That said, I can't find the respective tweet so I'll ask you to do it. -- Master Sima Yi Talk 17:34, April 18, 2016 (UTC)

Sorry if I undid your corrections. Yesterday, I had made a second updated on the Continental Templar at the same time your correct my mistakes, so i didn't updated your correction. I didn't make it on purpose. Sorry. Francesco75 (talk) 12:47, July 22, 2016 (UTC)

I know you've been absent from this place for a while, so this is probably a little bit of a long shot, but hey, trying can't hurt. With the AC movie coming up, I've been creating some articles for the actors and, unfortunately for me, a lot of them happen to be Spanish-speaking, meaning a lot of interviews with them are also in Spanish. I can handle Cotillard and Labed's French okay, but I don't speak a lick of Spanish - there's this IGN interview with Javier Gutiérrez and Hovik Keuchkerian and I was hoping you could give it a listen and, if there's anything interesting in it, get back to me. Thanks for reading :) Crook The Constantine District 17:04, December 11, 2016 (UTC)

Nothing related to the actual movie, just how they were casted and stuff like that. Apparently there are some scenes in spanish. DipsonDP (talk) 21:35, December 11, 2016 (UTC)

Oh okay, thanks anyways. Apparently the entire historical portion of the movie will be in Spanish, so I hope there's subtitles :P Crook The Constantine District 17:33, December 12, 2016 (UTC)

Just wanted to say that i'm glad everything is fine here now, i noted that the Wiki had a little period of inactivy or something i think (Same as me). I wasn't interested in AC for some months, but i think i'm back. Part of it is the overwhelming amount of stuff that is being released. I'm good with everything that can be read in Kindle, but things that you have to order in Amazon and that cost half a lung with all the shipping fees like The Essential Guide and Blackbeard's Journal and the Employee Handbook just get me down cause if i don't buy it i miss some information, and i hate that. Just needed to tell someone, and you were the unlucky person that had to read it :) DipsonDP (talk) 13:38, December 29, 2016 (UTC)

I definitely experienced that same feeling of disinterest some months ago, but the movie kind of reignited my passion for the franchise (not that the movie is that amazing, but still). And yeah, it can be kind of frustrating when Ubisoft is releasing all this stuff and it's hard to keep up; I'm due to receive the Essential Guide soon, as well as AC: Heresy, but I still haven't read the Last Descendants novels D: Just doing what I can for now, there's lots of other stuff to be worked on as well. Anyways, happy to hear you're back ^^ Crook The Constantine District 14:00, December 29, 2016 (UTC)

Hey, I agree that maybe saying that it is a contradiction may be too strong. However, I did consider removing that last line "This may suggest that the General is the leader of the Council, with other members acting as advisors." because on the other end of the spectrum, I'm thinking that maybe this may give too much weight to what otherwise is speculation. Sources like The Essential Guide is quite clear on the structure of the Templar Order (with an entire page devoted to it), and there isn't any level between the Guardians and the General. That the Council of Elders is above the Guardians but below the General would pretty much be a retcon I think. Unity mentions Alan Rikkin reporting directly to the General too, and The Essential Guide states out of all Templars in the order, only the Guardians know who the General is. Sol Pacificus(Cyfiero) 03:04, March 27, 2017 (UTC)

But then again, the film is canon, so we would have to accomodate its lore somehow. Maybe it's better to just say that there is yet to be any confirmation of where the Council of Elders stands in the hierarchy. Aymar only explains in his AMA that they are not ranked higher than the General. I personally think he's intentionally trying to avoid really answering it. ._. Sol Pacificus(Cyfiero) 03:15, March 27, 2017 (UTC)

Retrieved from "https://assassinscreed.fandom.com/wiki/User_talk:DipsonDP?oldid=692131"
Community content is available under CC-BY-SA unless otherwise noted.