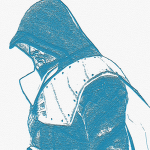 As much as we'd like to see Assassin's Creed wikis in other languages, ripping our main page without permission is not acceptable. I would suggest you to change the design and ask for our permission before performing minor edits to add interlanguage links.. --Vatsa (talk • Gentek) 10:58, April 3, 2012 (UTC)

I'm not the administrator of the italian wiki. I'll not add interlanguage links.

I see you took out GEN. Braddock from my edit on the Colonial Rite of the Templar Order page's members list.  At first it stumped me but yeah, he was just a Templar and didn't found that rite, Haytham did later on.  Thanks for catchin' that.  Oh and do you know how I can reference and cite the Naval Mission/AC3 memory, "French Involvement" correctly?  I only ask, because I am tryin' to include that Unknown Brtish Captain that you kill to complete that Naval Mission in the Colonial Rite's members list since his CO was ADM. (Amdirl) Nicholas Biddle at the time.  I would greatly appreciate any input or response!  Have a good one.M4 C-Corp (talk) 19:51, October 18, 2013 (UTC)

Retrieved from "https://assassinscreed.fandom.com/wiki/User_talk:Auditore5?oldid=509419"
Community content is available under CC-BY-SA unless otherwise noted.