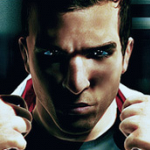 I have finished the Rise and fall of Altaïr as requested, I hope you'll be pleased with the article seeing as I put alot of hard work into it although Assassinist wasn't much help during the assignment. >.> I got it done and will start the Novel assignment on Sunday. For now though; Nanu Nanu and get on IRC. :3 Teller Words, On my Screen :O 13:47, September 9, 2011 (UTC)

Greetings, Rome.
Your lack of activity here recently has not gone unnoticed, and altough we are pretty tolerant with that due to eventual personal problems or such, your attitude here has been less than exemplary of a staff positiong for a long time. As such, after consulting most of the staff, I'll be removing your rank of Istruttore. I'll give you 48 hours to answer this before taking action, at the end of which your staff access will be terminated. If you have any arguments, now is the time to make them. Take care. -- D. Cello 05:11, March 31, 2012 (UTC)

Odd, this is the second time I've seen Cello demote a staff member on his final day here. I don't mean to bring back old things, I just find it interesting. The Leaping Eagle (talk) 14:21, August 7, 2012 (UTC)

He demoted me because I was inactive for a month. Though if you look at some other instances, it's obvious Cello plays favourites. Assassin-Rome (Talk if you will) 15:18, August 7, 2012 (UTC)

Thank you very much for your input. No, I like Cello, but anything negative I have said about him is true. Ask anyone from the staff, current and old, and they will tell you Cello was an egomanic obsessed with power. And he did play favourites as well. He was a nice guy, but he had flaws and was not the best of leaders. Assassin-Rome (Talk if you will) 15:27, August 7, 2012 (UTC)

"Your attitude here has been less than exemplary of a staff positiong for a long time." What attitude? You seem like a nice guy. The Leaping Eagle (talk) 17:44, August 8, 2012 (UTC)

I took a trip to the archives, might have to do with weird editing you seem to have done, removing sources and stuff they call medal abusing? Why so serious? (talk) 18:28, August 8, 2012 (UTC)

Hello Rome, this is an unimportant, informal message. I was just wondering what platform you play on. I didn't notice on your user-page. The Crimson Eagle (talk) 15:26, August 12, 2012 (UTC)

Retrieved from "https://assassinscreed.fandom.com/wiki/User_talk:AssassinRome?oldid=341791"
Community content is available under CC-BY-SA unless otherwise noted.