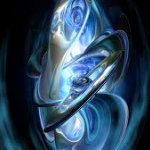 683 Edits since joining this wiki
June 7, 2012
0 Discussion posts
Welcome to Answeration's Talk Page
Please Sign your posts with 4 tildes so that i know who you are(~~~~).
If I left you a message on your talk page, reply there.
If you leave a message here, I will reply here.That depends on my mood & conditions aswell

A Date with Userbox

Hello, you asked in a blog how to use userboxes, so I decided I could help you.

Here are some examples to replace the (something)...thing:

There are more, but those are just to start with.

More simple, just copy and paste the userboxes that you prefer from my profile page. Also, remember to put {| |} at the beginning and at the end.

Mate, you don't need a create a talk page for subpages of my user page, you could have left a message in my talk page. CSS is a language used to stylize web pages like layout, colors, and fonts etc. Read this if you want to learn more right now--OdranoellutaTalk✲

How to make polls

I noticed that big discussion in Sima's talk page that actually gave no answer at all...the founder of this wiki was PanSola and he's not active anymore..he made this wiki in 21st July, 2007.--OdranoellutaTalk✲

Yes, you can create sub pages for those pages...like wikia.css/something.css and then import that sub css page to the wikia.css..stuff like--OdranoellutaTalk✲

Hey, your sig looks great...and Vatsa's already told you what you could do more. Vatsa's the man!! ;)...and well, hope your sig doesn't dump raw codes like mine does :S..I should probably change my sig temp but that would require to change it all the other wikis, since that's pain I've not changed the temp.--OdranoellutaTalk✲

There is nothing to forgive, Answeration. Delete this once you use it: (Classified code unauthorized). Thanks for the poll, and everything else, amico. :D Crimson Knight Intercom 16:24, September 20, 2012 (UTC)

Beginner's Guide to the IRC

First, you go to [1] and register a nick. Can be anything as long as it fits their nick policy. Then, you just log in and talk like normal. If you want to, you can read the stuff on this page for more stuff you can do. Let me know if you need anything else. ~ GI Auditore Comms Channel 18:02, September 28, 2012 (UTC)

Okay so, on the main page you'll see this thing that says "IRC, A place for only TRU assassin's" Click on it. Then click on "Beginner" Pick a Nick and password. You'll notice a small space saying #ACWiki on the same page. That is the channel you'll be joining. Once you have registered you're nick you will be able to see all those on the channel. Type into the box to post, /me commands work. join #(Channel Name) to join a channel. #quit to disconnect. Click on somebody's name to open Query (Private Message) or to "Slap them with fishbots" /nick (NewNick) will change your nick for a while. If you get kicked, join #(the channel you were kicked from, to rejoin) There you go. Once you are ready to download HexChat, tell me. I'll guide ya' through it.

Damn it, looks like GI beat me to it! Anyway, consider it the In-depth version

PS: I reccomend you don't change your nick often or slap people either, or spam the feed, or be generally annoying.

I forgot to answer your PM, but the difference is that beginner will direct you to a web client (Xertion Web IRC) to use the IRC while beginner will lead you to a guide to install an IRC program (a separate program) to use IRC. -- Master Sima Yi Talk 12:33, September 30, 2012 (UTC)

Look at my talk page

Look at my Talk Page

Why are you adding information to articles sourced from reddit? From a person who has absolutely nothing to do with Ubisoft, whatsoever? --Jasca Ducato Council Chamber Assassination record 16:29, October 16, 2012 (UTC)

I can't actually check your link right now, as I'm at work, but I'll take your word for it. Please remember in future about adding references; a single reference saying "reddit.com" is completely unacceptable (I know you didn't add it, but just saying), and if the correct source isn't added, information is liable to be deleted. --Jasca Ducato Council Chamber Assassination record 08:39, October 17, 2012 (UTC)

I know you're out there

Retrieved from "https://assassinscreed.fandom.com/wiki/User_talk:Answeration?oldid=500169"
Community content is available under CC-BY-SA unless otherwise noted.