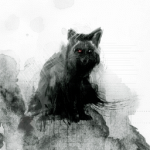 Hey Althyk, take this as no offense, but why did you place the Mary Ann Nichols (Assassin) page as a candidate for deletion? You could easily change its title instead. It sounds a bit like badge hunting and its not allowed here. Besides, you can't name it as British Assassin because there are 4 other British Assassins undercover as prostitutes. If you have problems about it, please say it to the article's talk page. Misphantom (talk) 06:46, December 20, 2015 (UTC)

Remember that, throughout the DLC, only the victim 'Mary Jane Kelly' was concretely identified as an Assassin initiate in disguise. The others could have either been the real prostitutes or Jacob's initiates; either way, in their case, it's not confirmed. As such, with 'Mary Jane Kelly' being the only one identified as another person entirely--as an Assassin initiate of the British Brotherhood--moving the page to 'British Assassin' would suffice; it's consistent with the nomenclature for unidentified Assassins from specific branches. The other prostitutes can have their article entries under their actual names, as they weren't specifically confirmed to have been the actual courtesans, which is reflected in their database entries. Althyk (talk) 07:06, December 20, 2015 (UTC)

The databases of the murder of other prostitutes such as Catherine Eddowes, states (not directly) that Jacob had sent his initiates to take the identities of the original prostitutes. Those murder databases which indicates "lost rings" signifies that Evie took the Assassin rings with her.
I understand the renaming of the articles as "British Assassins" and I sort of agree with you but like I said, there are a couple Assassin undercover as prostitutes so we can't really name them as British Assassin 1 or British Assassin 2. Don't worry, I'll ask the staff about it.
But really, you could just rename it in the first place and not create another page, which is easier.
Anyway thanks for your reply to clear things out :) -Misphantom (talk) 07:22, December 20, 2015 (UTC)

It doesn't explicitly say that the other victims were in fact initiates under disguise like it does with 'Mary Ann Nicols'; they could have just been undercover, based on the database entries; Annie Chapman, Elizabeth Stride, and Catherine Eddowes could have actually been the names of the other initiates. It's not confirmed that the others were actually in disguise *and* undercover like with 'Mary Ann Nicols'.

Since 'Mary Ann Nicoles' was the only one confirmed to have been an initiate in disguise *and* undercover, I marked "Mary Ann Nicols (Assassin)" for deletion and moved the info to "British Assassin" instead, as she's the only one out of the victims confirmed to be an unidentified British Assassin in the DLC; "British Assassin" only needs to be used once because Annie Chapman, Elizabeth Stride, and Catherine Eddowes weren't revealed to be in disguise, and as such, the articles pertaining to them in the future can be titled "Annie Chapman", "Elizabeth Stride", "Catherine Eddowes" respectively. To do otherwise would be in the realms of speculation.

Also, I was going to place the deletion template on "Mary Ann Nichols (Assassin)" anyway. With that in mind, the method of moving the page to "British Assassin" is irrelevant; if the article is moved back to "British Assassin" after further discussion, "Mary Ann Nichols (Assassin)" will be deleted on the grounds of being a useless, erroneously named redirect eventually. Althyk (talk) 08:12, December 20, 2015 (UTC)

Can I ask why, exactly, you've gone and changed the infoboxes on a number of articles about wars to battle infoboxes? The clue's in the name as to which infobox should be on the articles, so I have reverted your edits for now. --Jasca Ducato (talk | contributions) 08:57, December 23, 2015 (UTC)

Because they quite literally serve the same purpose and the Battle Infobox is now more aesthetic and in-line with the other infoboxes, as per an old request by Sima I decided to honor. They only differed in maybe two parameters and it's not terribly hard to go through and change those. Wars *are* battles, so the War template is just redundant--as expressed with the similar parameters--as well as a far cry away from other infobox templates in its design. Althyk (talk) 17:07, December 23, 2015 (UTC)

No, wars are wars, so that is the info on we will be using on the articles. If you want to make changes to Template:War to make them more "aesthetically pleasing" then please feel free to do so, but the correct template is going to remain in the article, regardless. --Jasca Ducato (talk | contributions) 22:02, December 23, 2015 (UTC)

Now you're just pointlessly arguing semantics in an attempt to extrapolate the usage of a redundant template and to prove some point. You've yet to give a substantial and relevant reason for not using the Battle template, and as such, I will be undoing your edits once again after I finish this message; if I receive a warning/infraction/berating message of some kind from a sysop due to "edit warring" (even if this is more or less me simply undoing technical vandalism) so be it.

Oh wow, it seems the two words can easily be used interchangeably, based on their respective definitions above. Ah, that would explain why infobox templates designating general military conflicts, both battles and wars, are typically named either "Battle" or "Battle infobox" on other wikis, because, as I said in my first reply, wars *are* battles -- another point you have yet to disprove; saying "wars are wars" doesn't disprove the argument that wars are also battles at all; both fulfill the criteria for 'conflict', which is also synonymous with 'battle'. I'm willing to compromise and rename all instances of "Battle"/"Battle Infobox" and "War" to "Conflict Infobox", but such a compromise would still be rooted in pettiness, as is your entire argument. Althyk (talk) 22:47, December 23, 2015 (UTC)

As well as an offense for which I am entirely willing to ban you both if you keep it up. Also, while you're technically speaking free to do as you please on your talk page, I find the tone of your writing to be less than conducive to having a 'proper' discussion. Slinging insults is not the way to go, so try to be respectful of each other's point of view and arguments, please. Amnestyyy (Contact me!) 23:02, December 23, 2015 (UTC)

There's nitpicking, and then there's this. A myriad of wikis out there follow this naming convention, yet here we are, arguing over a template that's barely used across Wikia (I've only found one instance thus far -- Wookieepedia, where all of the other redundant infobox templates came from). It's not an argument, so much as it is ignorance of a common naming convention and the blatant interchangeability of 'battle' and 'war' -- one agreed upon by all of the wikis out there with templates named "Battle"/"Battle infobox" that are used on pages about wars. Althyk (talk) 23:25, December 23, 2015 (UTC)

They are called wars in the series, Althyk, not battles so that's what they were be called; wars. Also, why are you blaming Crook threatening to ban him as well for agreeing with you? GamerSophie (talk) 23:14, December 23, 2015 (UTC)

That's not really an incentive for using an antiquated and redundant template that is barely used elsewhere.

Sorry for butting in but banning is discussed because of edit wars which arent allowed. And before we make these kinds of changes, we discuss them first. So we can discuss and form a vote regarding this war and battle templates so we can have a peaceful conversation :3 Misphantom (talk) 02:57, December 24, 2015 (UTC)

I'm not arguing anything, because I'm correct in this. We have two distinct templates for two distinct purposes; one for wars, and one for battles, and the simple fact of the matter is this: wars are wars. They're not a battle, they're a war. A war may be made up of a series of battles, but that doesn't not make the entire war, a battle; it's a war. As such, that is the template we should be using, regardless of how "antiquated" one new user might think it is.

What other wikis do is no concern of ours, as we have our own practices and policies. It doesn't matter if every other wiki besides Wookieepedia make use of the Template:Battle, until someone puts such a decision up for a vote, we're going to be sticking with Template:War. Until then, all I see is vandalism to be reverted. --Jasca Ducato (talk | contributions) 08:56, December 24, 2015 (UTC)

Retrieved from "https://assassinscreed.fandom.com/wiki/User_talk:Althyk?oldid=655268"
Community content is available under CC-BY-SA unless otherwise noted.