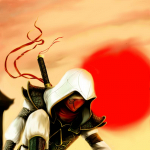 Oh wait does this mean I can never come back? When I'm blocked can I still contribute on articles because I would like to help out in this way? Abelzorus Prime (talk) 09:26, April 2, 2014 (UTC)

Also I didn't know creating an account because I was blocked was not allowed, and why was I originally banned.Abelzorus Prime (talk) 09:31, April 2, 2014 (UTC)

If you give me your original username, I might be able to find out why you were banned. And yes, creating a second account to evade the ban of your first is bannable. You could have known if you had known either our rules, or the rules of Wikia in general. Nesty Contact me! 10:28, April 2, 2014 (UTC)

He was originally an anon who got blocked some two days ago, didn't have another account. --Kainzorus Prime Walkie-talkie 10:43, April 2, 2014 (UTC)
I did not have an account prior to the one I have now. I was previously an Anonymous Contributor.
No one has informed me about the span or extent of my ban, is it permanent or is it temporary?
Abelzorus Prime (talk) 11:06, April 2, 2014 (UTC)

Am I right to assume that this ban disables all activity on the Assassin's Creed Wiki and that I am not permitted to contribute as an Anonymous Contributer because of the 'Ban Evasion' regulation? Abelzorus Prime (talk) 11:24, April 2, 2014 (UTC)

Personally, I would recommend that you leave Kain alone and put this silly feud behind you. Not only is it annoying and taking up space on the RA feed, it also paints you in a bad light. It makes people think you're a troublemaker, and I hope you're more than that, but it's also incredibly strange and makes you look like a bit of a weirdo. Trying to imitate other users isn't exactly a fulfilling task, is it? I've been imitated myself, and I found it creepy.

PS: I know I'm not a staff member and have no authority here whatsoever, but as a senior editor, I feel I have a duty to steer people away when they're doing something wrong.

You know what. You seem like a cool guy. Have a good day aswell.

As Kain is obviously annoyed by you calling him 'spear boy' continously, stop doing it. You've already been banned once, don't hop on that same boat a second time. -- Master Sima Yi Talk 18:01, July 9, 2014 (UTC)

Yes, putting "Keywords: Variation, Origin, Definition. = spear boy" on someone's talkpage is a clear explanation. Except it isn't, in any way shape or form. It's called being obnoxious. --Kainzorus Prime Walkie-talkie 23:59, July 9, 2014 (UTC)

Quoting random bits of the game doesn't make you look any smarter. It makes you look even more obnoxious. --Kainzorus Prime Walkie-talkie 09:50, July 10, 2014 (UTC)
This is the internet! There's no point in trying to look smart, and that quote applies to "Keywords:    Variation, Origin, Definition. = spear boy".
Sorry if  I have offended you in anyway spear boy. It wasn't my intent. Abelzorus Prime (talk) 12:15, July 10, 2014 (UTC)

As a heads up because I've seen you're quite fond of using curse words in your blog comments, please read the new guidelines which will now be enforced. -- Master Sima Yi Talk 15:21, May 15, 2015 (UTC)

Whether or not you use it as a curse word is not important. We want to be a professional website, and that won't be the case especially if people are casually spouting profanities. -- Master Sima Yi Talk 23:21, May 15, 2015 (UTC)

It was more directed at how you replied to Sima initially. For someone who'd just been warned politely by an admin, you could have been less flippant about it. But let's not delve into that for now, since you've taken on board what Sima had to say. Slate Vesper (talk) 18:22, June 12, 2015 (UTC)
It was just some light banter! I even said I respected him and I took down the word! He didn't seem to care and if he did he didn't say anything! So I see no reason why you had to threaten me with a ban! You know what, I'm gonna chill hermano, because I can tell you have a problem with me. So if you want to ban me, you can ban me. Seriously, it's okay hermano.

Yeah... I also miss coming here. T^T Life got the better of me and also the fact that I haven't played an AC game since Black Flag. :( Even my time on my main wiki isn't that high and I mostly show up for a particular blog or two. Problem is that when I start chatting, I lose all track of time despite having so much to do. I've been trying to be able to avoid logging into sites so that my mind can be more focused. It hasn't worked as well as I wanted, but I've had time to do other things offline(and away from PC). I'm going to College soon(took a gap year) and depending on my workload, I might have more opportunities. Home environment can get a bit difficult so I'm looking forward to a change and hopefully getting more social. Basically though, I'm doing okay. Once I get used to new environment abroad, I might do even better. :D
Fairy Tail Grand Master<F.T.G.M. >13:24, June 13, 2016 (UTC)

Assassins on "does not reject absolute truth."

Hello, I wanted to check in on your perspective on this edit. In my initial revert, I noted that I found the claim dubious and hence preferred to leave it ambiguous. You re-added it, modified, so that it would seem to maintain its ambiguity, but rather than not making any claim at all, it still makes a claim, albeit one of a very neutral stance.

I wanted to first double-check whether you understand the meanings of the terms "descriptive" (aka "positive") and "normative" because I think that might be the cause of the confusion. Because "nothing is true" for all technicality does explicitly say "there is no absolute truth" (and hence I fear that there is a stark contradiction), and it is only in its application to the Assassin moral code that it becomes apparent they may not treat this as an indisputable truth. Thank you. :) Sol PacificusTelepathy 21:14, June 19, 2016 (UTC)

I understand where you are coming from but that paragrah is exclusively for Ezio's interpretation of the Creed in which he explains it is not doctrine, and is also an answer to the question if Assassins believe that nothing is true why do they fight for anything? Why aren't they just nihilists? And if nothing is true how can "nothing is true" be true? That specific paragraph shows how Ezio's interpretation counters that argument. He gives an alternative to the obvious Nihilistic approach and gives an approach which is in the line of thought of Fallibilism and Skepticism. Abelzorus Prime (talk) 21:41, June 19, 2016 (UTC)

From your response, we aren't in disagreement, so I fail to understand why we disagreed on the edit. Perhaps it is because I think that is already covered sufficiently in the paragraph, and I think that there remains the possibility that the Assassins still reject the notion of an absolute truth, but believe that there are many truths, for instance. Or alternatively, the Assassins do view the creed as rejecting absolute truth, but don't believe that it is meant to be taken extremely literally (and the subject of the sentence is the creed itself not their interpretation of it). There remains many nuances in interpretation in regards to their stance on Truth, which is why I feared that that was too strong of an assertion. Sol PacificusTelepathy 01:24, June 20, 2016 (UTC)

It seems you are under the assumption that all Assassins interpret the Creed the same way, though I would have to disagree. Especially with Ezio's interpretation falling more Skepticism/Fallibilism than Al Mualims. That's why he said the Creed is not a doctrine for if the Creed required him to believe there is no absolute truth than the fact that there is "no absolute truth" would be an absolute truth thus making doctrine as he has to believe that in which it would also create a philosophical paradox. So his interpretation of the Creed is an approach, to be wise and question all ideas, not a conclusion which literally believeing nothing is true would be, that is why these Assassins can still fight to find the truth if they want. Abelzorus Prime (talk) 01:51, June 20, 2016 (UTC)

On the contrary, my whole point is that we shouldn't assume that all Assassins interpret the Creed the same way that I oppose your edit. Your edit claims that Assassins do not reject an absolute truth, when as I initially stated in my edit summary, this is dubious because the extent by which Assassins rejected the existence of an absolute truth could have varied between individuals. Aside from this, I asked whether you understood the terms "descriptive" and "normative" because I had supposed that that might've been at the source of the confusion, and I still think it is. Ezio said that the creed is not a doctrine, but an observation of reality, in other words, he holds it to be true scientifically of reality (it is descriptive), but it is not meant to be applied solidly into ethics (it's not a doctrine, it's not normative) and only employed as a stepping stone. It seems therefore our interpretation of his words may be divergent, but regardless it is the fact that these subtle discrepancies can arise that I disagreed with your edit: not because I disagreed with its content per se, but rather that it was too explicit and exact to be stated if not necessary. It's too explicit considering that Assassins throughout the ages might not have interpreted the creed the same way. Sol PacificusTelepathy 06:27, June 20, 2016 (UTC)

My point is not that ALL Assassins do not reject absolute truth. You are wrong on that matter! I was just specifically talking about Ezio's interpretation of the Creed and an answers to the Nihilistic paradox which is previously asked. "Ezio said that the creed is not a doctrine, but an observation of reality, in other words, he holds it to be true scientifically of reality (it is descriptive), but it is not meant to be applied solidly into ethics (it's not a doctrine, it's not normative"    ' '  '
That does contradict anything I'vve said. I'm not saying that all Assassins interpret it the same way. It was clear that the original Levintine one was more nihilistic. It was just one answer to the Assassin's contradiction, and nihilistic but yet idealistic views. Abelzorus Prime (talk) 16:45, June 24, 2016 (UTC)

Retrieved from "https://assassinscreed.fandom.com/wiki/User_talk:Abelzorus_Prime?oldid=668772"
Community content is available under CC-BY-SA unless otherwise noted.