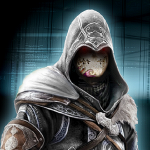 aka Jack of Blades

Almost all of you're edits are for catergories, and as a consequence you may be accused of medal abusing. Getting banned for some pixeled badges isn't exactly worthwhile, is it? Campbell430 19:51, January 6, 2011 (UTC)

Sorry man, after I read you blog I felt that my post was suited better there, had a better chance of getting a more appropriate response! Okay! Cheers subject_16* 10:54, January 9, 2011 (UTC)

what about metallica enter sandman

Het 'R! It was driving me crazy too, been trying it out for days with no luck, so what I did was when I saw Rayne trying out his new signature on the recent wiki activity page I clicked to see the change and found and it showed me his signature code. So I copied the basic code then changed it to suit my preferance such as my username, the font I wanted and the colour, then put it into the custom signature box in the preferances section. Here is mine for example Sick-Steen - just click recent wiki activity to see the code itself, Feel free to copy it and enter you own preferances where you want. Just google 'Web colour chart' to get the colour codes, Hope this helps! Sick-steeN 00:58, January 18, 2011 (UTC)

You could have a look at fonts in microsoft word or just google font types. And when you enter the name of the font have it in lower case. About it not linking, im not sure about that sorry, try this template, just remember to add the at the beginning and at the end.

Haha your very welcome 'R Blaid, well it's true, your a great contribution to this wiki and I think you deserve some praise for that! Sick-steeN 15:17, January 23, 2011 (UTC)

Hey there, Braig! You've been active a lot here lately, and have been quite a notable member. So I just want to give you this, as a sign of recognition:

There, put it on your page, and get rid of the code once you're done. That title roughly translates to "gentleman" in my country, which is what you've been showing to us around lately: respectful, formal, and good with English. I hope to see more from you in the future. Happy Editing bud! ^_^ --Jacques le BlancReception Area 15:19, January 23, 2011 (UTC)

Hello there, Blaidd. I only wish to tell you that your editing is outstanding. Honestly, since joining I've only seen four edits who joined after me who are dedicated, and produce outstanding edits. Believe me when I say this; you will be getting a nomination very soon. I look forward to working with you in the future, great work. Take care. AssassinRome 16:34, January 24, 2011 (UTC)

Wahey! What I tell ya 'R Blaidd, 'very intellectual', those were my words!ha Well anyway congrats on the recognition, you deserve every bit of it pal. I wish you all the successes that may come your way in the future of this wiki! Cheers and well done! Sick-steeN 16:44, January 24, 2011 (UTC)

Copy this and paste it on your profile while in edit mode.

Greetings. Rise of the Brotherhood was promoted to Featured Status due to your efforts. As a sign of thanks, we would like you to add this userbox on your page.

Hey 'R Blaidd, sorry I didn't get back to you sooner, but it took me a while to find the images required for the article you wanted me to work on. Anyway I'm all finished now, I also added an info box - pop over and have a look and tell me what you think! Cheers pal! Sick-steeN 00:36, February 2, 2011 (UTC)

Hey man, just looking at the news here about this huge cyclone about to his Australia, just wondering are you out of the dangerzone? Sick-steeN 12:03, February 2, 2011 (UTC)

Well it's good to hear your safe. Man thats crazy weather, and heres all of us in Ireland giving out about a little rain, we should count ourselves lucky. Thanks for getting back to be, its nice to know you won't be effected too much. Cheers! Sick-steeN 12:25, February 2, 2011 (UTC)

Hey there, Braig. How are things? Anyways, I've noticed that you have applied the Era template on Timeline articles, like the Liberation of Rome and the Siege of Viana. That's good, but what I don't get, is you applying the Templar category on a Timeline article. Was this, by chance, an accident? We only use that category for Templars, and allies of the Templars. Don't take this the wrong way, I'm only saying. --Jacques le BlancReception Area 12:57, February 3, 2011 (UTC)

Well, if what you said was the way to go, then we should also apply the Assassin Era as well, seeing as they too, play a significant part in the timeline :P Yes, there is a problem. If we add those categories, they will be categorized under Templars/Assassins. Those categories are only used for major Templar/Assassin figures, factions, associates, and all others. Stamping then on an event article would be rather out of place. So, that's that. Only the game templates should be put on their respective timeline article. Alright? Good :D --Jacques le BlancReception Area 09:29, February 4, 2011 (UTC)

Hey R Balde,
I'm back temporarily from my indifinite leave.. haha. Have you been following the 6 nations? what do ya think so far? I nearly ate my heart when I thought Italy was guna beat Ireland for the first time ever, but nothing to fear in the end, haha!! Lord of the Creed 16:24, February 8, 2011 (UTC)

Unfortunately I haven't seen any of the matches, been busy at school and work, I don't have that much spare time anymore. But I'll check the standings and fixtures eventually. -- ’R BlaiddDdraig 00:19, February 9, 2011 (UTC)

I know! I thought i'd jinxed us when I was explaining to the missus that we were undefeated by them, but O'Gara kept it sweet!! Don't worry R Blade I'm sure you'll get to see some of it at least! I'm caught up pretty badly with work and all at the min too (partially the reason behind my sort-of absence), it sucks I know but we will prevail! Insieme per la vittoria Lord of the Creed 11:48, February 9, 2011 (UTC)

I won't be able to see a game for about a week, because I'm going back to my Mum's place tomorrow and she doesn't have Foxtel (Foxtel is what Australia's pay TV is called). What line of work are you in, and what's the problem, if you don't mind me asking? -- ’R BlaiddDdraig 11:55, February 9, 2011 (UTC)
The problem in general, is an increase in work load (and my primary time online is in work anyway so really I shouldn't be on at all). I'm in purchasing for a private company, but if i told you anymore i'd have to kill you! :P Lord of the Creed 12:13, February 9, 2011 (UTC)

Retrieved from "https://assassinscreed.fandom.com/wiki/User_talk:%27R_BlaiddDdraig?oldid=123479"
Community content is available under CC-BY-SA unless otherwise noted.