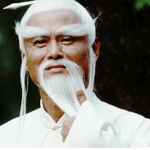 Greetings everyone, I'm TheSt0ryTeller but you can call me what you like as long as they have something to do with my username, here are some examples:

If you need any help don't hesitate to ask! If I cannot help you, speak to one of the people listed on the list of Respected People down below. If I don't respond, check the IRC Chat because I'm on there alot. If you just want to ask a question about who I am or about the normal Assassin's Creed series, I'm always free :) Also, if you play League of Legends on the OCE servers, feel free to add me (Acolyte Zeglay), I'm usually up for a game. ;)

Thanks for reading, enjoy yourself, and have a great day! ツ

"James Teller, you sir, are an awesome friend."
―Nostalgia AC saying what everybody is thinking. JK (not)[src]

"HELLO?! IS IT ME YOU'RE LOOKING FOR?"
―Lionel Motherfucking Richie

I like many kinds of music... but here are just a few bands/artists I enjoy.

Q- Where are you from?

Q- How did it come to you editing here?

A- Well, I've always been a fan of the AC Series ever since playing as Altaïr in AC1. From there, I followed the story of Ezio to Brotherhood but I always wanted to see Altaïr make a grand return, which is one of the reasons why I am looking forward to AC: R, but anyway, after seeing all those Teaser trailers, I decided that I wanted to see other people's views on these teasers, from there I found the IRC. I started editing and enjoyed it, I then came across the Initiative and strived to achieve 100 edits (Back when I started, it was not 250, thank god, if that was the case, I wouldn't of kept editing). Once achieved I had made one mistake, but the warning was taken off, too harsh or something, no matter. I was interviewed, asked normal questions about the Basics of Editing, Community and Knowledge. I was interviewed by Former Direttore of the Istruttori, ThiefAC. I passed the Interview, I was actually quite nervous despite being online and that's how it came to me editing here. Cool story, huh? :D

A- Good question, yes there were many fierce dragons and a short story about me riding on a ship and getting raided by pirates, if you're lucky, you might just hear it. ;)

A- Sometimes, yes. I do make mistakes but who doesn't?

A- A bird, a plane and Superman.

Q- Are you really a story teller or is that just your name? - Renegade1147

A- Actually, I am but not yet. When I become older not only do I want to become a teacher, but I'd also like to become an Author. I'm working on a story right now actually but it's on Fan Fiction. But in time you may see my name written on the cover of a book.

Q- You're starting to sound like Cello on your blogs, why?

A- Well, I just like to hype my readers. Get them excited, get them to feel the awesomeness, you get me? :P

A- Get on IRC and I'll assist.

Q- Will you join me and my conquest to take over this Wiki?

Got another question? Ask me on my talkpage and there may be an opportunity to view it on my Userpage, lovely... isn't it?

Ezio performing a leap of faith from a rooftop in Masyaf.

Ezio, Barto and the mercenaries getting into formation.

Barto tending to his men. 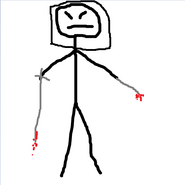 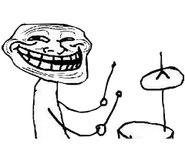 My AC: Brotherhood Boxart, please leave a vote at this site!
Add a photo to this gallery

Favorite Assassination: Robert de Sable at the Battle of Arsuf

Review: It was a great game, I believe it really felt real. The use of historical accuracy was a bonus and it made me feel like I was actually inside the heart of Jerusalem and following the story of Altaïr. I felt like a true assassin performing stealthy assassinations and having to leap from tall towers and synchronize to track my targets. Overall, it's a great game and I'm proud to own it. Altaïr for the win! ^.^

Review: This game was a great installation to the series, although I personally favor the first one. They really took advantage of not only the Renaissance but also the magical wonders which they had to offer include the architecture and the style of clothing they wore. Living the life of the young assassin, Ezio Auditore was a great experience, to experience him during his climbs to the rank of an Assassin and his Quest for Vengeance. Once again, another great installment to the series.

Days of Completion:Estimated time, around 8 hours

Review: This game was not as good as last 2 but it was still good none the less. This game took Ezio into the heart of the wondrous city of Rome, the heart of Italian corruption. While there, Ezio faces many challenges including rescuing Caterina Sforza from the Castel and fighting Cesare Borgia on the castle walls. Overall good game but not as great as the last 2.

Days of Completion: Less than a day

Review: This game trumps them all, although I may always have a soft spot for the first game I'd recommend buying it. An older and wiser Ezio Auditore embarks on a journey to Masyaf to discover the secrets left behind Altaïr Ibn-La'Ahad, once he arrives, he finds out that Templars have overrun the fortress. After trying to fight against the Templars and was almost hung, Ezio discovers the door to the Library and learns that the keys were in Constantinople. So it was soon a race against time and in the end, Ezio and Altaïr's stories will be put to a close. This game utilizes new techniques such as the ability to craft your own bombs, explosive, distracting and/or covering, you name it, it's there. Allowing faster travel we have dey hookvlade, which will allow the player to take to the air on a zipline. Exciting? Is it not? Totally recommending that if you don't have this game already, kill yourself or buy it. (Unless you're a PC person.. don't kill yourself either. :/ )

I've played them all and passed them all, I will work on them later. :P

Days of Completions: 2 days in Campaign

Review: The story of Halo: Reach is taken in a fairly different direction, though it's the same concept, bang bang! and kill the Covenant, they seem to have taken a darker more serious turn then the regular Halo series (and in my opinion a Halo 4 sounds stupid but I still look forward to playing it.) The ending was tragic and... no I mustn't say it, oh but I must, it almost bought a tear to my eye. The graphics were excellent and this game was an excellent installment to the series.

Yes, I'm doing a guestbook to see who's stalking my page because I can.

Yes. Sign Your Posts, if you do not, I will hunt you down.

Tutorial 1: This Wiki and You- This guide presents a basic concept of editing and all around, most of what you need to know about the ACWiki. It shows you a variety of skills among other things, stuff that you need to Revamp or expand an article.

Tutorial 2: Templates and IRC in Depth - You need to know something of Templates, IRC and err... well that's all we talk about in this guide, we delve deeper into the realm of IRC and Templates. Providing more detail which is necessary.

Retrieved from "https://assassinscreed.fandom.com/wiki/User:TheSt0ryTeller?oldid=607447"
Community content is available under CC-BY-SA unless otherwise noted.