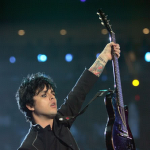 aka David A. B. Martínez

ATTENTION: THIS SITE IS WRITTEN IN THIRD PERSON TENSE, AND ALSO IS A FUNNY-STYLE STUFF MADE AT MIDNIGHT, SO DON'T EXPECT TOO MUCH FROM IT

David Bastardo, a.k.a "Lord David" is a happy player of video games and editor in the Assassin's Creed Wikia, and the creator of the best and most complete Spanish version of the online encyclopedia. He is, overall, a big fan of the Star Wars franchise, and also deeply admires Christopher Nolan's reinvention of the Batman franchise, and wishes he could do the same with SW. His favorite game is AC2, although he personally believes Brotherhood to be the most mature, interesting and breathtaking experience in the series. He also collects comic books, and is a personal fan of Watchmen, V for Vendetta, Scott Pilgrim vs. the World and their respective film adaptations.

Retrieved from "https://assassinscreed.fandom.com/wiki/User:Lord_David?oldid=148632"
Community content is available under CC-BY-SA unless otherwise noted.