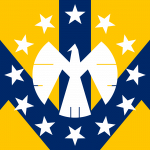 "If you are for gun control, then you are not against guns, because the guns will be needed to disarm people. So it’s not that you are anti-gun. You’ll need the police’s guns to take away other people’s guns. So you’re very pro-gun; you just believe that only the Government (which is, of course, so reliable, honest, moral and virtuous…) should be allowed to have guns. There is no such thing as gun control. There is only centralizing gun ownership in the hands of a small political elite and their minions."
―Stefan Molyneux

My name is Evandrus Primæ and I am a huge fan of the Assassin's Creed universe and Assassin's Creed III in particular. I am a perfectionist and am prone to making very minor edits and corrections on even the most obscure articles, and adding pages for the most insignificant characters (see Cyrus and Thatch). I am a Wiki addict, as I realized upon making my 1,000th edit on the Assassin's Creed Wiki.

My other fandoms include mainly Watch Dogs and Red Dead.

I play PlayStation 4 very frequently and PlayStation 3 occasionally; my PSN name is "EvMaN_01".

I am a deplorable pragmatic anarcho-capitalist who supported Donald Trump for president of the United States. I am against illegal immigration so long as there is a welfare state from which illegals can receive benefits without paying anything into it. I am also in favor of defending Western civilization from leftism and radical Islam, as it is the only society in which free speech is almost universally guaranteed, and it is the only culture from which a free society could ever possibly evolve.

I am a strong advocate of peaceful parenting, and think that parents should hold their children to an even higher standard of respectful treatment than their spouses, friends, etc., as they did not choose their relationship with their parents.

I am an atheist.

Retrieved from "https://assassinscreed.fandom.com/wiki/User:Evandrus_Prim%C3%A6?oldid=693989"
Community content is available under CC-BY-SA unless otherwise noted.