This Assassin has retired.

"Chaos is found in greatest abundance wherever order is being sought. It always defeats order, because it is better organized."
―Terry Pratchett, sent to me, about me, by Feather

This is a community. As head-honcho of it, I had a virtual office in here. This is a list of everyone who is or isn't allowed into my virtual fantasy office, a list for who I do or do not have time/patience outside my duties as the awesome, happy, handsome and helpful admin you all love so much. ;D

COROLLARY: Any cute girl who is single and wants to "talk" are considered under "always allowed".That isn't valid anymore now that I'm commited. If you're cute and wants someone to talk now, go to Phil or to Harry (with them, I don't think it matters if you are girl or not, btw) =P

"I have my own way of living, Elch. I take your reality and completely replace it with mine."
―Me to User:Elchzard on IRC, when questioned on how my awesomeness was so legendary[src]

Lately I was in a very bad mood because of a gone-wrong would-be-escape after a one-night-stand with a very cute but annoying Economics-student brunette, and when I got home I was not excited to answer some of the most frequently asked questions that pop up in this lovely wiki everyday. So I spent some weeks on determined lockdown and concentrate work, sorting through the hundreds of emails I get weekly and compiled my own "Frequently Asked Questions" list, so that no new user may have the trouble of asking something and that I or other admin never have the trouble of answering it =D

A: Yes I am, and I also go by boss, captain, commander, chief, big cheese and head-honcho. Altough by the very definition wikis don't have owners, it has someone in charge to make it work (in our case, work AWESOMELY), and in our case, it's me.

A: I don't have one favorite, both of Desmond's ancestors are awesome to me: Altaïr is the legend, my entrypoint into the saga. Ezio is awesome too, and some of the staff here find he suits me very well (hence why he's my picture in the staff panel), so yeah, my answer: Altaïr and Ezio. And Vidic, I don't know, I kinda like that crazy old cientist. Oh, and Al Mualim.

Q: How do I get to join the staff?
A: First, you have to be awesome. Got that covered? Greaaaat.
Now you have to apply for a interview at the Apprentice initiative, which if passed, will grant you the rank of novice. As a novice, you will be chosen by a Master Instructor, which will teach you the ways of the wiki and the best path to handle your potential for awesomeness. Following your training, which can take some time, you will be evaluated -- if passed, you will be welcomed into the ranks of the Istruttori: the wiki moderators and overseers of article quality.
From this point on you are officialy staff! Now, besides the inside ranks and positions of the Istruttorium one can aspire to, the next step is adminship: the last level of the hierarchy, achieved only by very few.

A: Yes it is! Thanks to our great editors and to my hand-picked squad of most awesome badasses in the whole freaking universe!

A: If you created it, sure you can. As long as it is on your own personal space and, never EVER finds a way into canon material. But soon enough, your fan artists will have a place all of your own to post your fan arts here on wiki, bringing them to the spotlight so all the world (and maybe Ubisoft) can see them!

A: Okaay, creepy person. Tell you what: send me your phone number, full name, identity number and adress so I can contact the closest FBI mailing office and ask them to arrest deliver a photo of my handsome self and my underwear to you, mmkay? ^^

A: No, so piss off. (btw: she's gonna hit you for that previous question)

A: Yes. My life is a testament to my awesomeness.

This may get bigger as more questions repeat themselves over time.

User Comments about me

"You sure are!"
―User:Elchzard on my comment about being awesome.[src]

"He's delusional."
―Everyone about Al's opinion.[src]

"I LOVE YOU! and u didn't called me the next day :("
―Your sister's cute legal friend.[src]

"Cello, when will you fix the ceiling?"
―Miku complaining about my heroic entrances.[src]

"Cello, you're the best!"
―User:Subject 16* about my winning smile and personality.[src]

"I'm supposed to say something awesome about Cello?"
―User:Assassin-Rayne shows his reluctancy about admiting his bro-love for me to the rest of the world.[src]

"I love you! :D"
―User:Alareiks reassures his love of me.[src]

"Sima LOVES Cello."
―User:Master Sima Yi puts his heart out so everybody sees.[src]

"Thats, thats amazing! You brought the whole channel to life!"
―User:Subject 12 feels the happiness my mere presence brings to the world.[src]

"It's a lot quieter and less nuts without you :P"
―User:Il Lupo complains about the lack of me on her life.[src]

"The Prince himself. Awesome, just awesome. :P"
―User:War Clown writes about his perceival of me.[src]

"You are very cute!!"
―Maki makes clear all girls opinions about me.[src]

"I'm SpartHawg948, and D. Cello is my favorite person on the internet!"
―SpartHawg948 shows the world the shard of his inner Shepard[src]

""I will summon a dragon to drown you" - DCello, Beau of Pure Awesome"
―User:A.J. two shows his respect for my commentary comeback skills[src]

"Cello is Gino D'acampo."
―Toppers compares me to a italian-british cook[src]

"Cello you officially have my respect forever"
―User:Nostalgia AC sets his priorities straight[src]

"Wooow, you look so much like the guy from Uncharted!"
―My wild-eyed 8 year-old cousin to me, randomly[src]

Every single comment here is real, in the sense that they were actually written by their respective authors. Sarcastic or ironic meanings are debatable, but highly, highly improbable. 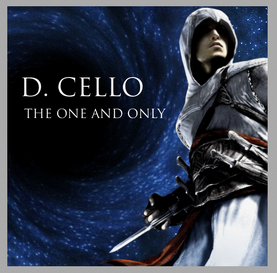 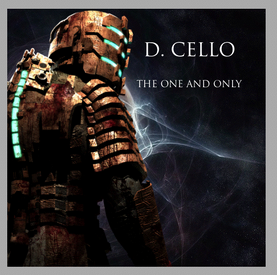 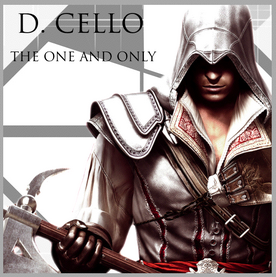 Made by one of our apprentices, User:TheSt0ryTeller. Or as he put it, "Made by Fail Inc. ;D" XD 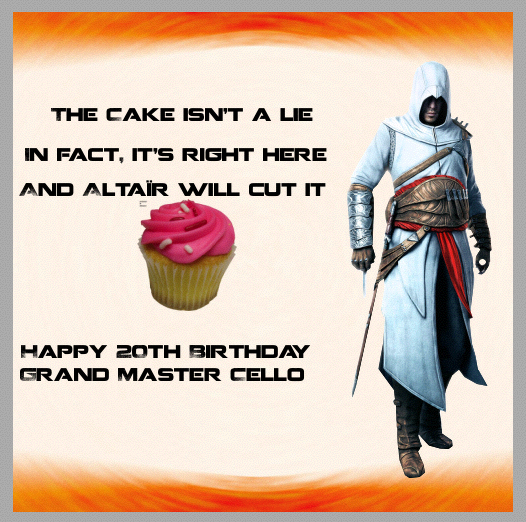