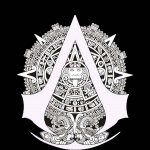 Marcos Hernández de la Vega (15 November 1789 - 27 June 1827) was a born-in member of the Assassin's Mexican Branch, located in Mexico City, and aided the revolutionaries in the Méxican War of Independence. With his father, Javier Hernández, off in France aiding the French Assassins, and his mother, Cecilia María de la Luz, dying during his birth, he was given the name Marcos by the assassin taking him to México City. Having been brought to the Mentor of the Méxican Assassins, he would spend all of his youth training and learning the ways of the Brotherhood.

Marcos studied the Brotherhood, from a very early age of five, directly under the Mentor of the Méxican Assassins, Francisco Domínguez del Sol. He didn't have any other friends, due to him spending all his time with his mentor and training in combat with other assassins, but he grew a close friendship with one of the assassin's daughters, Angela Gutiérrez de Agüera. They spent much of their childhood learning and training together, even fighting on a few occasions. With time Marcos was ready for his first test.

A Templar agent had infiltrated the Méxican Brotherhood, and Marcos, with the help of Angela, was tasked with finding who the agent was and bringing them before the Council for justice. Marcos, age seventeen, had been preparing all his childhood for the opportunity to earn his place amongst the assassins and wasn't going to let them down.

This is your user page. Please edit this page to tell the community about yourself!

Retrieved from "https://assassinscreed.fandom.com/wiki/User:BrotherHernandez?oldid=621343"
Community content is available under CC-BY-SA unless otherwise noted.