A train is a form of rail transport that consists of a chain of vehicles designed to move along rail tracks, with motive power typically provided by either a locomotive at the front or by motors in each unit working in concert. Their principal function is the transport of cargo and passengers.

Trains arose during the 19th century in the midst of the Industrial Revolution as a new and innovative mode of transportation that allowed individuals to travel across vast distances with greater speed and efficiency. It also complemented the surge in mass production by facilitating the transport of copious resources and products in a far shorter span of time.

Notably, the British Brotherhood of Assassins under Henry Green, Evie Frye, and Jacob Frye even employed a train as the hideout for their guild during their operations in London since 1868. The mobile nature of the base ensured that it was well-suited to eluding the detection of their enemies, the Templars.

During the 19th century, London trains provided routes for Edinburgh, Liverpool, Oxford, Cambridge, Brighton, and Dover. Open-topped carriages were available for the poor. Since 1834, English and Scottish rail lines merged, allowing people to travel faster between the two places. Queen Victoria was the very first monarch to ride a train since 1842.[1]

The first rail factory was owned by the Starrick family and inherited by their youngest son Crawford, who used it to expand his Templar influence and business throughout London. Sometime in mid-19th century, Starrick impounded a Herwicke Steam Engine which was owned by Agnes MacBean and nicknamed "Bertha". He then placed the train and MacBean under his Templar accomplice Rexford Kaylock. Kaylock, as the Whitechapel Blighters gang leader, equipped the train for their operations.[2]

Since 1860, several large railway companies donated money for the first underground railway transport under the plans of Charles Pearson. John Fowler was also hired as the chief engineer. However, the construction caused many families to lose homes and roads to be blocked. It also used the technique "cut and cover" which involved sinking of trenches and reinstating the surface.[3]

The American businessman, Ned Wynert, and his group of thieves used London's transit systems as cover for their criminal activities. In this way, Wynert was able to rob many shipments coming into the city of their valuables.[2]

It's 1868, the Assassin siblings Jacob and Evie Frye destroyed the Whitechapel Blighters with their new syndicate, the Rooks. With MacBean's permission, the twins made her locomotive their mobile hideout and "residence", each claiming a carriage for themselves to live in during their stay in London. Later on, they gained the aid of Nigel Bumble, who worked under MacBean in fixing and repairing the train.[2] 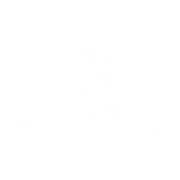 An Isu symbol of a steam locomotive

Concept art of an Assassin locked in combat on a train

Concept art of a train

Concept art of the Train Hideout

Concept art of the Train Hideout

Retrieved from "https://assassinscreed.fandom.com/wiki/Train?oldid=883973"
Community content is available under CC-BY-SA unless otherwise noted.