"Leonardo expects me to maneuver this? No instructions. Of course."
―Ezio Auditore first laying eyes on the tank.[src]

The Tank was a war machine developed by Leonardo da Vinci for Cesare Borgia, and the Borgia forces.

A precursor to the modern tank, Leonardo's armored car invention was capable of moving in any direction, and was equipped with a large number of cannons. Operated by three or four people, it was designed to intimidate and scatter an opposing army.

The machine's cannons were arranged on a rotating circular platform that allowed for a 360 degree range. The entire tank was hooded by a protective cover, which was reinforced with slanted metal plates to better deflect enemy fire. A sighting turret on top allowed the coordination of cannon fire, as well as the steering of the vehicle.

In 1502, Leonardo tasked Ezio Auditore with finding the plans for his war machines and destroying them. Ezio then traveled to Monte Circeo, southeast of Rome, where the tank was being manufactured.

Ezio followed an engineer without being detected, until they reached the factory where the tank and other weapons were being produced. Upon interrogating the engineer, Ezio discovered that the schematics for the tank, as well as three captured mercenaries, were being kept within the factory.

Ezio made his way through the base until he found the plans, and promptly burned them. Upon finding the captured mercenaries, he killed the guards patrolling the area in order to free them. The mercenaries led Ezio to the tank by taking an underground tunnel system.

When they reached the war machine, Ezio used the tank to destroy the factories and the other tanks being produced. He and the mercenaries also took on and destroyed several other working tanks that attacked them.

After Ezio's victory in Monte Circeo, he decided to destroy the war machine, as it was far too dangerous to keep, should their enemies attempt to reclaim it.

Concept art of the tank

Concept art of the tank in action

The tank in use 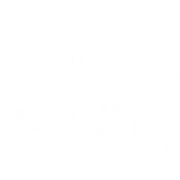 Retrieved from "https://assassinscreed.fandom.com/wiki/Tank?oldid=840550"
Community content is available under CC-BY-SA unless otherwise noted.