Altaïr: "You'll be safe now. Held in the arms of your god."
Sibrand: "Have my brothers taught you nothing? I know what waits for me, for all of us. [...] Nothing. Nothing waits. And that is what I fear."
—Sibrand's dying words to Altaïr, 1191.[src] 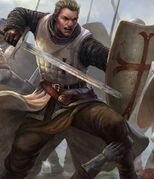 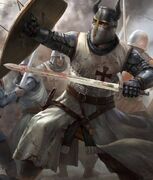 Retrieved from "https://assassinscreed.fandom.com/wiki/Sibrand?oldid=696014"
Community content is available under CC-BY-SA unless otherwise noted.