The Scrolls of Romulus were six ancient scrolls enshrined in six different underground lairs of Romulus located throughout Rome, Italy. Each scroll was attached to one of six keys, which, when combined, ultimately unlocked the chamber containing both the armor and the dagger which had belonged to Marcus Junius Brutus, a member of the Roman Brotherhood of Hidden Ones.

The scrolls were the remnants of a journal written by Brutus. They described how Brutus discovered the Colosseum Vault and used it as a staging ground in the plot to assassinate the dictator perpetuo Julius Caesar, an ally of the Order of the Ancients.[1][2]

Around 1503, the Italian Assassin Ezio Auditore da Firenze recovered each of the scrolls and used them to discern the location of the Colosseum Vault.[1]

I leave my family's armor here, one of the finest sets ever made. May you who finds it receive strength in battle.

We have taken it and set it back, behind the iron door. Six keys unlock it, spread amongst our brothers. It shall be said to come from Romulus, and they will worship it. 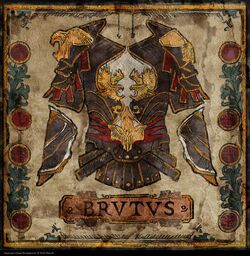 I have dropped to my knees, breath catching in my throat as I try to grasp the spectacle before me. This same cavern has haunted my dreams. I have spent countless nights exploring it in my sleep. I was compelled to find it.

I have decided. It is here that we will hold council. Here we will plot the downfall of our enemy, our friend, our dictator perpetuo. Forty of us, each a senator. Each a Liberatore. Cassius has tasked me with the plan, though I do not yet have one in mind.

The first council has ended. Our problem is clear, our response undetermined. Caesar moves away from the Senate, placing his trust in foreign ruler, adopting the ego and pomp of his Egyptian whore. He refuses to rise when he addresses us and scoffs at our concerns. He has created his own private senate, filled with deceivers, manipulators, people who have no business in Roman affairs. My brothers are eager for blood, but I am not certain I can spill it.

After my brothers left, I continued to explore the cavern. I have found traces of whatever pulled me towards this place. Whispers. Lights flickering through cracks in the earth. A doorway that is also a puzzle. I must find the solution.

The door has opened! What lies inside has altered my perception and left me shaken, the very pillars of my beliefs toppled. Every event is a link in a chain, forged by something long dead. Or does it still live?

I calm myself and venture into the light. The ghosts howl inside my head, calling me forward. I have never seen architecture built to such a grand scale, lit by phantom radiance. Something lies at the center of the chamber, something powerful that I cannot reach. Surely Gods must have had a hand in its design, but which Gods?

A pedestal has emerged from the ground. I consider fleeing this madness, but I know it will draw me back. I rest my palm upon it and I am blinded! Filled by prophecy! I see Rome in flames and I am driven to action. 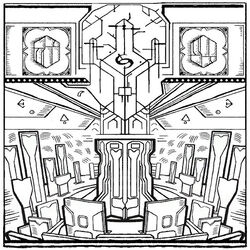 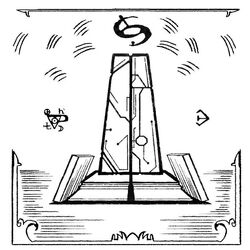 We meet in the cavern again, but I have hidden my discovery from my brothers. I relay my plan; some details are my own, but others driven by my visions. My contributions are practical: we will attack as a group to prevent escape and to ensure each of us is committed to this task. We will lure him to the Senate, where none of his allies may enter. The visions have shown me that we must strike on this day of Mars, that today my resolve will be tested and that I must not falter.

I am not a violent man, but I ready my family's heirloom dagger. I pull my toga up into a cowl and leave for the celebration. 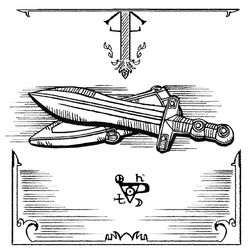 Caesar is dead, stabbed twenty-three times by his own countrymen, many of whom he once considered friends. Dead not for his deeds, but for fear of what he would have become. My own guilt has devoured me, for Caesar resigned himself to his harsh fate only once he met my eyes. Did he see what I had seen, reflected within them?

I, Marcus Junius Brutus, have returned to the cavern and the chamber below it. I have left my dagger and my armor. Perhaps one day another will be called here with for some similar, tragic purpose. Perhaps it is you, reading this account.

Despite my ordeal, I have no answers, but I suspect I will have them soon. For you who would enter the chamber, you must speak aloud—

(The final piece of the scroll is missing.)

Menu image of the scrolls of Romulus

One of the treasure rooms containing a scroll

Amunet in the vault reading through Brutus' scrolls

In the Scrolls of Romulus, a collection of documents in Assassin's Creed: Brotherhood, the word used of the ancient Roman Assassin conspirators is Liberatore, even though said term is actually Italian, not Latin. The correct Latin form is Līberātor.