"[He was] a brilliant scholar who discovered many secrets about the heavenly spheres and our cosmos."
―Leonardo da Vinci, on Pythagoras.[src]-[m]

Pythagoras (c. 570 BCE – 421 BCE) was an ancient Greek scholar, philosopher and mathematician who lived during the Archaic period.

The famed founder of the school of Pythagoreanism, Pythagoras at one point met the Isu Hermes Trismegistus and was appointed as his successor. Gifted with a Staff of Eden which granted him immortality, Pythagoras spent much of his life travelling and researching on the Isu and the famed city of Atlantis.

During his travels in the 5th century BCE, Pythagoras fathered a daughter named Kassandra with the Spartan noblewoman Myrrine, the daughter of King Leonidas. Pythagoras soon departed to continue his search for Atlantis, leaving Myrrine to raise Kassandra on her own before.

In the years that followed, Pythagoras found the sunken city beneath the island of Thera. Unable to access its vast library of knowledge and deeming it too dangerous to be left untouched, Pythagoras sought to find a way to seal off the vault and was eventually able to do so with the help of his daughter Kassandra. Unable to unlock and use the Staff, Pythagoras passed on the staff to Kassandra before passing away.

During the 6th century BCE, Pythagoras and his protégé, Kyros of Zarax, lived in the town of Samos, where they had a villa. During one of his strolls through the town, Pythagoras suddenly rushed into a nearby blacksmith and began to hit anvils with hammers, paying special attention to the different sounds they made.[2]

He then had Kyros take ten hammers of different sizes back to his villa, and asked the blacksmiths to bring an anvil there as well. They spent their entire day experimenting with the hammers, and Pythagoras made many notes in the sand of his courtyard, barely even touching the food that his wife Theano brought him. After a long night of making notes and studying them, he muttered something about the tetractys before he went to sleep.[2]

The next morning, a gathering of renowned scholars was held at the villa, where Pythagoras explained his theory of "the perfect number" to his fellow scholars. Though many were skeptical about his findings, there were also many who praised him for his discovery.[2]

A few years after the gathering in the villa, Pythagoras, Kyros and several servants travelled to Croton, a city that was well known for its intelligent citizens. Upon their arrival, they found that they were more than welcome in the city, and everyone was willing to listen to them. With this, Pythagoras began to pass on his teachings to the young citizens, and both he and Kyros took students under their wing. During this time, Pythagoras taught an intelligent, but arrogant youth named Alcmaeon, while Kyros began to train the young athlete Milo.[2]

Not long after that, Pythagoras came across a man beating a dog, to which he ordered him to stop, as he heard the voice of an old friend in its cries. In response, the entire crowd was amazed by Pythagoras' proof of the immortality of the soul.[2]

A while after the incident with the dog, Kyros and Damo, Pythagoras' daughter, came across Alcmaeon while he was torturing another dog. Witnessing the cruel treatment to the animal, Kyros stopped Alcmaeon by force and explained the incident to his master. Following this, Pythagoras immediately decided to banish Alcmaeon from the city, and declared that he was to be considered dead by the members of his family.[2]

This angered many important people in Croton, and during a banquet in Pythagoras' honor, organized by the Council of Citizens, a column that was supposed to keep the roof in its place was sabotaged. The ceiling began to crumble, of which the debris crushed a servant, though Kyros and Milo were able to use their strength to support the roof in place until everyone had escaped.[2]

Pythagoras was then escorted back to Milo's house by Kyros and four other bodyguards, but they were ambushed by trained warriors that attempted to take the scholar's life. Despite this, Kyros and his bodyguards managed to fend off the assailants and arrived at Milo's house, where they found a secret passage out of Croton, while Milo and his wife Myia distracted the angry mob outside.[2]

"Our journey is at an end. You have served me well, old friend. Now begins a new chapter in our lives."
―Pythagoras to Kyros, after their meeting with Hermes Trismegistus.[src]-[m]

Many years passed, and Pythagoras and Kyros explored a vast desert. As they wandered aimlessly, almost without water, they suddenly spotted someone standing on a hill. Once they had made their way over to him, the man introduced himself as Hermes Trismegistus, and the fatigue fell away from Pythagoras as he was judged by Hermes and his staff. After a while, the staff deemed him worthy, and his protégé Kyros lost consciousness.[2]

Pythagoras tended to Kyros' thirst until he woke up, and revealed that he had been given the staff and his thigh had been turned into gold. He then told his friend that their journey together was over and that Kyros had served him well.[2]

Many years later, Pythagoras told Kyros where he could find an Apple of Eden, which would help him win the race against the famously fleet-footed princess of Arcadia, Atalanta.[2]

Having been appointed as Hermes's successor and given his staff, Pythagoras would embark on a journey to research on the Isu, which he linked to the Minoan civilization. Due to the extended lifespan he gained from the staff, Pythagoras was able to live well into the 5th century BCE. During his journeys, he met Myrrine, the daughter of King Leonidas I of Sparta, with whom he had a daughter named Kassandra. However, his obsession with researching the Isu civilization led him to leave Myrrine and isolate himself. Eventually, he discovered an Isu vault beneath Atlantis, an underwater Isu city. Pythagoras would spend years researching on the vault and finding a way to seal off the city.[3]

"This is your burden now. Humanity's fate will be decided by the choices you make."
―Assassin's Creed: Odyssey[src]

Some time in 422 BCE,[1] he was discovered by his daughter, Kassandra. As a result of the knowledge he gained from the Staff, he had known about Kassandra for some time. He answered some of Kassandra's burning questions and then tasked her with hunting down the four Atlantis artifacts needed to seal the ancient city.[4] Kassandra recovered each artifact and sorted them into the mold accordingly.[3] After which, father and daughter were met with an ancient voice revealing the secrets of Atlantis. However, after learning this Pythagoras changed his mind about sealing the gateway to Atlantis, believing he could learn more about the Isu and human origins to eventually acquire their power. Although he was convinced otherwise by Kassandra. Pythagoras passed away at the moment he relinquished the staff to Kassandra.[5]

After being given the staff, his daughter went on to seal the gateway to Atlantis.[5]

Following his death, his followers—the Pythagoreans—constructed a temple in his name. It was located in catacombs beneath the city of Rome, and was guarded with a number of puzzle chambers.[6] In 1506, the Assassin Ezio Auditore da Firenze and his friend Leonardo da Vinci visited this temple and discovered the Pythagorean Vault, where they found a string of numbers whose meaning evaded them. Although unaware that these were in fact the GPS coordinates to the location of the Grand Temple in Turin, New York, Ezio ultimately deduced that the information was probably not meant for them.[7]

In 1527, Giovanni Borgia and Maria Amiel visited the vault, where Giovanni underwent a transformation as Consus, the Erudite God, spoke through him.[8]

In 2020, Layla Hassan listed Pythagoras in her notes as one of the bearers of Hermes' Staff.[9]

Pythagoras was an extremely knowledgeable person, who would often pass his teachings on to other scholars, which made him a respected man in his society. Even though he was a strict and rigidly disciplined man, consistently staying faithful to his beliefs and ordering his followers to stick by his way of living, he had a large following who esteemed and admired him.

As a scholar, Pythagoras was not remarkably well-built, possessing a normal body size and not being particularly muscular. During most of his life, he had a beard, which turned gray as he grew older. After the encounter with Hermes, Pythagoras was given a golden thigh, and his posture changed to that of a younger man than he truly was.

Pythagoras possessed a remarkable intellect which was well beyond his time and his people. He had spent a life time trying to decipher the calculations present inside Atlantis and had discovered more about the First Civilization and had even come close to actually discovering the story of the creation of human kind.

With the Staff of Hermes Trismegistus, he was rendered immortal and so he use this immortality to isolate himself from the world so that he may finally decipher the equations of reality inside Atlantis. However, once he officially passed his Staff on to his child Kassandra, he finally passed away.

Pythagoras is a historical character who first appeared in the Facebook game Assassin's Creed: Project Legacy. After being mentioned in various medias, he made his appearance in Assassin's Creed: Odyssey where he is voiced by English actor Anthony Skordi.

Historically, Pythagoras died circa 495 BCE either in Croton or Metapontum, depending on the version of the story. 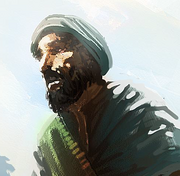