"Packing for Greece" is a collection of files documented by Layla Hassan as she and her cell made preparation to search for the Lost Histories by Herodotos and the Spear of Leonidas. 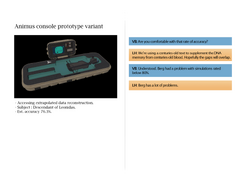 VB: Are you comfortable with that rate of accuracy?
LH: We're using centuries-old text to supplement the DNA memory from centuries-old blood. Hopefully the gaps will overlap.
VB: Understood. Berg had a problem with simulations rated below 80%.
LH: Berg has a lot of problems. 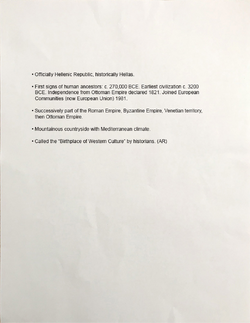 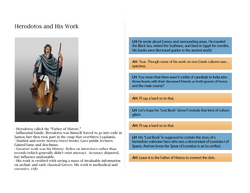 Herodotos and His Work

LH: He wrote about Greece and surrounding areas. He traveled the Black Sea, visited the Scythians, and lived in Egypt for months. His books were like travel guides to the ancient world.
AR: True. Though some of his work on non-Greek cultures was... specious.
LH: You mean that there wasn't a tribe of cannibals in India who threw feasts with their deceased friends as both guests of honor and the main course?
AR: I'll say a hard no to that.
LH: Let's hope his "Lost Book" doesn't include that kind of cultural glitch.

LH: His "Lost Book" is supposed to contain the story of a heretofore unknown hero who was a descendant of Leonidas I of Sparta. And we know the Spear of Leonidas is an Isu artifact.
AR: Leave it to the Father of History to connect the dots. 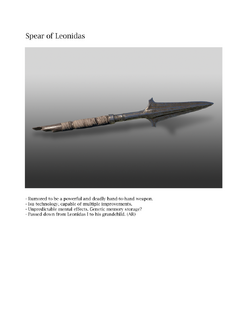 LH: Healing or time manipulation? If we're right, this staff can rewrite the rules of physics, including entrophy. And we already know the Isu are capable of interacting with reaity in a way that disregards any normal timeline.
AR: I wouldn't even guess without more information.

LH: Time to shift this from estimated to reality.

Retrieved from "https://assassinscreed.fandom.com/wiki/Packing_for_Greece?oldid=879758"
Community content is available under CC-BY-SA unless otherwise noted.