Solve the murder in the monastery.

Paris, France
Murder Foretold was a virtual representation of one of Arno Dorian's genetic memories, relived by a Helix initiate through the Helix Navigator.

"The seven branches will be reduced to three,

The elder ones surprised by death,

The two seduced to fratricide,

The conspirators will die as they sleep. 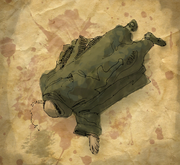 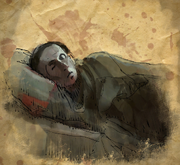 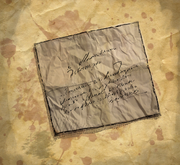 The crumpled piece of paper held by Friar Jean. 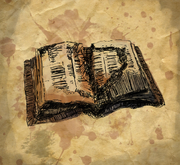 The partially burnt diary of Friar Jean.
Add a photo to this gallery

Retrieved from "https://assassinscreed.fandom.com/wiki/Murder_Foretold?oldid=791372"
Community content is available under CC-BY-SA unless otherwise noted.