Assassin's Creed Wiki
Register
Don't have an account?
Sign In
Advertisement
in: Articles in need of sources, 103 BCE births, 48 BCE deaths,
and 7 more

"I die, my work unfinished. So close, so very close to ushering in the perpetual rule of the strong and virtuous!"
―Medunamun to Bayek, 48 BCE[src]-[m]

Medunamun (c. 103 BCE – 48 BCE), also known as The Ibis, was an Egyptian member of the Order of the Ancients who was installed as the Oracle of Amun in Siwa, Egypt by the Pharaoh Ptolemy XIII in 49 BCE. Since the purported impetus for his appointment was for the Pharaoh to consolidate his hold over the remote, dissident town, Medunamun was derided as a false oracle by his enemies, including the Medjay, Bayek. In reality, his motives for seeking the mantle of Oracle were more covert, for his true interest was in an Isu Vault that lay beneath the Temple of Amun.

Under Medunamun's injunctions, the villagers of Siwa were subjected to extortion and arbitrary detention and were the victims of rampant atrocities committed by the town soldiers. Protests were met with violent reprisals, often against entire families, with whole neighborhoods being razed to the ground. For his part, Medunamun was loyal not to his king, but solely to his Order, and endeavoured only to unseal the vault beneath the Temple. The Ibis thus played a key role in the death of Bayek's son Khemu in 49 BCE during a botched interrogation of the Medjay. For his complicity in Khemu's demise and his abuses of power in Siwa, Medunamun was assassinated by Bayek in 48 BCE.

"We are pleased you have joined us, Medjay. It is of great importance that we gain access to the vault. The temple priests stubbornly refuse to assist us."
―Medunamun to Bayek, 48 BCE[src]-[m]

In 49 BCE, Medunamun, code-named "The Ibis", arrived in the remote Egyptian village of Siwa alongside fellow members of the Order of the Ancients Flavius Metellus, Lucius Septimius, Pothinus, and Rudjek, well aware that there was an Isu vault lying underneath the Temple of Amun. Dreaming of the power to inaugurate a New World Order under their rule, they hoped that with the Apple of Eden in their hands, they could unlock the gate to the vault and acquire the "power of the gods". Upon failing to open the gate or to persuade the priests to help them, they came to the conclusion that they must defer to the local Medjay, Bayek.[2]

In order to track down the Medjay, the Order had their soldiers catch the boy Chenzira, a friend of Bayek's son, Khemu. Convincing Chenzira and his mother Rebecca that they merely wished to speak with Bayek, the soldiers were led by Chenzira to Halma Point where they overwhelmed the Medjay and captured him. That night, they brought Bayek before an impatient Medunamun at the Temple of Amun. Medunamun in turn led the bound Bayek down to the Siwa Vault where five Order members held Khemu hostage. Medunamun himself showed Bayek the Apple, but the Medjay truly did not know the means by which the vault could be opened. In the midst of their interrogation, the group were alerted to the impending arrival of the Pharaoh, Ptolemy XIII.[2]

Medunamun and two others left to delay the Pharaoh, and when they returned, Bayek and Khemu still had not opened the vault. When Bayek broke free of his bindings and flew into a desperate rage at his captors, Flavius redirected Bayek's knife into Khemu's heart, killing him before knocking the anguished Medjay unconscious.[2]

After the incident, Medunamun and his allies presumed that Bayek was dead; in truth, the vengeful Medjay had left Siwa on a quest to hunt down every last one of them. In the meantime, through their influence over Ptolemy XIII, the Order was able to have Medunamun appointed as the new Oracle of Amun in Siwa. This played to both the interests of the Pharaoh and Medunamun himself: the former wanted to subjugate the deviant village while the latter, with the Temple of Amun as his new base, found himself in the best position to continue studying the vault and how it may be accessed.[3] He also forbade his priests from venturing into the depths of the Temple, calling it an offence for any but the gods to enter.[4]

As Oracle of Amun, Medunamun was brutal in his exploitation of the villagers. Increased taxes, as mandated by Ptolemy, were a heavy burden on the poor farmers who, under the leadership of Teremun, rose in protest.[5] Villagers were routinely interrogated and subjected to arbitrary arrests, torture, and abuse. As a consequence for dissent, whole neighborhoods were burned down,[3] and in the words of the town's healer, Rabiah, scarcely a single local had not been beaten by soldiers at one point or another. Moreover, efforts were made to obstruct Rabiah's administration of healthcare, including a blockade of the town to prevent the arrival of medical supplies.[6]

While his soldiers abused their stations by oppressing the villagers, Medunamun himself seemed to take little part in daily administration, and in fact rarely left the Temple of Amun at all, becoming increasingly consumed by an obsession with the Vault that lay beneath it. Medunamun's personal animus was predominantly let loose upon the temple priests, whom he savagely brutalized for information on the nature of the Isu Vault.

"We thought you were dead. You could not even save your own son! You are no one. Bayek of nothing. Father to NOBODY!"
―Medunamun taunting Bayek, 48 BCE[src]-[m]

With the return of Bayek to Siwa, the Ibis's tenure as Oracle of Amun came to end after only about a year. In 48 BCE, Medunamun was ambushed at the Temple of Amun by the Medjay, immediately suffering a mortal injury. Despite the approach of death, the Ibis still had the strength to clash blades with Bayek but eventually had his legs incapacitated. As he crawled towards a shaken Bayek, mocking him scornfully for his failure to save his son, he triggered the full magnitude of Bayek's rage. The Medjay beat him back with the Apple of Eden that was now in his hands, then proceeded to unleash a frenzied assault, pounding his face in with the relic until it was reduced to nothing but bloody, mashed tissue.[2]

With a distinct, gravelly voice and a streak of sadism, Medunamun was in manner and disposition a rather ghastly individual. The callous aspects of his persona came to the forefront in his final moments where, critically wounded and crippled, he continued to crawl menacingly at his killer, roaring and jeering in such a way so as to even frighten his victorious foe.[2] His iron fist rule over Siwa was draconian yet simultaneously chaotic; terror was meted out liberally against the populace while the soldiers felt free to pillage and raze as they pleased.[3]

In spite of his aptitude for horror, Medunamun professed that his underlying motives were righteous. An archetypal Templar in mindset, his goal was to usher in a world under the dominion of the Order of the Ancients, the only individuals he believed could be trusted to be "strong and virtuous". Innocent casualties such as Khemu—in his eyes, merely one boy—were small sacrifices for the world he dreamt of.[2]

In his strict adherence to ritual, Medunamun exhibited a religious zealotry so excessive that his devoutness could scarcely be doubted, yet far from being a fanatic, his faith was insincere. His piety was a mere mask for not only his cruelty—a rather meagre one given his public reputation[3][5][6]—but also for deep-seated insecurities. Though intelligent, Medunamun was wracked by his failure to comprehend the essence of the world around him and the true nature of the gods, especially in light of his role as an Oracle. His misgivings eventually gave way to a vile bitterness which bore in him a desire to shape reality in one envisioned by the Order of the Ancients.[1]

After Medunamun's death, one of his followers, Menkhtu, took on his mantle as the "The Ibis", calling himself "The Ibis Reborn". Posing as the oracle, Menkhtu sought to continue his work and formed a sect from the remnants of the Order of the Ancients in Egypt. However in 46 BCE, he was eliminated by the Hidden Ones, an proto-Assassin organization founded by Bayek in 47 BCE.[7]

Medunamun features in Assassin's Creed: Origins (2017) as the first main-quest assassination target, belonging to the faction of antagonists called the Order of the Ancients. He is preceded by Rudjek, who is however automatically slain in the opening cutscene. Furthermore, the quest to assassinate him is the setting for the game's gameplay trailer. [citation needed]

The name Medunanum (mdw.n-jmn) literally translates to '[he] who speaks to Amun', with Amun being the god he supposedly served. Amun, whose name means 'hidden one', personified the imperceptible elements of the universe. He later became the national god of Egypt, merging with Ra during the New Kingdom. [citation needed] . Given that he had only recently been installed as the Oracle of Amun during the events of the story, it is likely that "Medunamun" is related to this position and unlikely that it is his birth name. 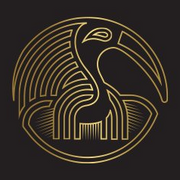