"I just want my daughter back...Please?!"
―Khaliset's final words before being dragged to the Duat, 48 BCE.[src]-[m]

Khaliset (c. 80s BCE – 48 BCE), also known as The Hyena, was a member of the Order of the Ancients during the reign of the Pharaoh Ptolemy XIII.

Khaliset: "My child!"
Bayek: "You lost your child?"
Khaliset: "I haven't. Her rest is temporary. You have intervened in her reawakening."
—Khaliset confronting Bayek, 48 BCE.[src]-[m]

In the mid-1st century BCE, Khaliset served the Order by gathering silica for them in the ancient tombs of Giza, as silica had special properties and could be used to power the Isu technology sought by the Order.[2]

Eventually, however, she went rogue and began keeping the silica for herself, prompting Taharqa, a fellow member of the Order known as The Scarab, to write her a letter questioning her lack of contact with them. At some point, she had begun to study the ancient symbols in the Isu vault beneath Khufu's Pyramid and set about learning how to use the technology, believing that it would ultimately enable her to resurrect her daughter, Eshe.[3][1]

In 48 BCE, the Medjay Bayek of Siwa tracked Khaliset to the Great Pyramid of Giza, where he found the Isu Temple, Eshe's sarcophagus, and evidence of Khaliset's attempts to resurrect her, before Khaliset herself appeared, furious that Bayek had disturbed her daughter's "tomb". He chased her through the pyramid's tunnels, eventually succeeding in killing her after a dramatic confrontation in the middle of a sandstorm outside the pyramid. As she laid dying, she told Bayek that her only regret was not being able to bring her daughter back; Bayek told her that what she found was not meant for mortals. Her body was later eaten by the very hyenas she trained.[3]

Bayek: "You are in pursuit of the impossible, Khaliset. No measure of magic can bring our children back."
Khaliset: "My child will come back through the powers of Those Who Came Before."
—Bayek disputing with Khaliset over her actions, 48 BCE.[src]-[m]

Unlike most of the other members of the Order who sought power and dominance over Egypt, Khaliset was only determined to use the Order's resources to resurrect her daughter who had died by unknown means. To that end, she was willing to commit many atrocities and sacrifice many innocents in deadly rituals that she believed would aid in her daughter's resurrection. She expressed remorse as she died, lamenting the fact she had been unable to protect her child in life or in death. [3][1]

"Day and night, she roams the desert, collecting silica. Precious tear drops of the gods. What has happened to those who have interfered is best left unsaid."
―Mered describing Khaliset to Bayek, 48 BCE.[src]-[m]

Khaliset was a skilled thief and tomb-raider, and dressed in the manner of a hunter well accustomed to the arid climate of the desert. Her rough coloring scheme of her clothes helped her blend into to desert.[1] Khaliset was able to tame hyenas to do her bidding, and had several accompanying her wherever she went. She was also skilled with a bow and smoke bombs as well as in matters of stealth which she used to her advantage in combat during a sandstorm.[3] 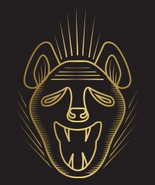 Khaliset drawn into the dark waters