Video Summary: "You may feel mild discomfort during synchronization. This is normal. It is important to maintain your concentration.

"History places Niccolò di Pitigliano's death in Lonigo, Italy in the year 1510 CE. Our data supports this fact. But the circumstances of his death require further investigation. Please take notes and report your findings." 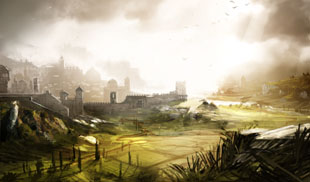 My target is old, unsuspecting. Age will take his life soon, but I will not allow it. I am here to send a message to his allies. I must study his routines, find his weaknesses, and sow discord within his community.

When an old soldier has outlived his glory, he may try to revive it through drink and dinner, boasting his victories in a bustling tavern. No doubt I will learn much about my target by visiting his preferred spots.

Niccolò has been entertaining couriers from Rome. They move in shadow, usually without guards, making them easy targets for me. If they refuse to share the information I want, I have techniques to make them talk!

Often the easiest way to gather information is to do nothing but walk. I pick the busiest streets in Lonigo and closely follow the ebb and flow of the crowd, careful not to draw attention, yet close enough to overhear their gossip.

My target spends his nights with a pampered lady on each arm. He uses them to feel young; they use him to feel powerful. No doubt these courtesans are privy to secrets he would like to bury.

My Order prides itself on precision. I must study the behaviour of my target before I strike. I must have an escape plan. There is no room for error. 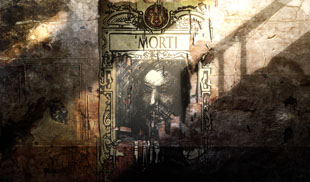 My task is not to simply murder my target, but to destroy his influence over Lonigo. I will strip him of his power, defile his name, and ensure that his legacy dies with him!

The people of Lonigo already harbour ill will towards Niccolò. It is time to unleash them! My assistants will spread rumours, make wild accusations, and incite violence.

Lonigo's politicians have overlooked, falsified and intervened to cover for Niccolò. No doubt he crawls to them now as I turn this town against him. He will find their offices empty.

The "church" in Lonigo has been bribed to brand Niccolò's enemies as heretics, condemning them to unfair trials and often execution. These are not "men of God." These are men who believe they are gods. I intend to demonstrate their mortality!

Niccolò uses assistants to do most of his purchasing in Lonigo. He is no light spender, which means his men are carrying a hefty amount of coin. I believe I can put it to better use... I will hire assistants as well.

Niccolò plans to flee my trap! Already, he sends convoys out of Lonigo, carrying his prize belongings. They will not be easy to take, but I pay my men well for the risk. 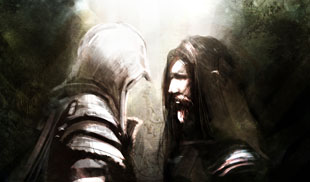 I must scout every possible exit from Niccolò's manor. If he tries to run, I will be able to anticipate every potential move he makes and quickly adapt my strategy.

I have instructed my hired help to swarm the front entrance of Niccolò's manor, where they will draw a rowdy crowd. I intend to separate Niccolò from most of his guards.

My hired men are mostly ruffians and thieves. I will call upon my Order to join me and reduce the amount of guards Niccolò has employed. I will send an encoded message by courier pigeon; she will know where to fly.

Niccolò has amassed his guards behind his manor. He will attempt to flee Lonigo soon. My Brothers will slip through the crowd and slay as many as they can!

I have entered the manor. The noise outside is tremendous, but I hear multiple voices inside. I must tread carefully as I scout for my prey. 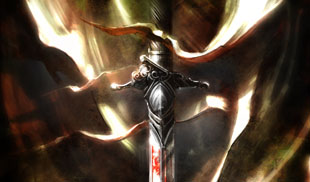 I should be dead! The assassin's blade struck true, yet I still draw breath. The Shroud! I was sure he would find it, but I still feel its presence; I hear it in my head!

The Voice of Reason

It's just a faint whisper in my head, but it demands action. It speaks in a language I do not understand, but I sense what it means. "GET UP," it demands. I try, but my wounds are too severe.

I touch the artifact and my world is enveloped in brilliant light. Did I die? Can this be — no, I must wake up from this!

My manor is burning! I must flee this place! I can only hope the crowd outside has dispersed.

I have no choice. Whatever power this thing holds, I must try to unleash it! I wrap myself in the Shroud.

Retrieved from "https://assassinscreed.fandom.com/wiki/Italian_Wars:_Chapter_2_%E2%80%93_Francesco_Vecellio?oldid=809545"
Community content is available under CC-BY-SA unless otherwise noted.