Location: The Battle of Agnadello

Video Summary: "Welcome to the DDS Program. Please remain still while we synchronize your first assignment.

"In 1509 CE, the Battle of Agnadello dealt a devastating blow to the Venetian army. You will relive this battle through the eyes and mind of one of its captains, Bartolomeo d'Alviano. Please report any anomalies you encounter." 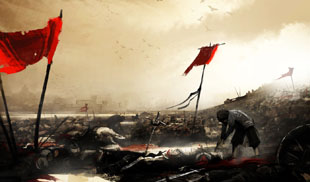 The world bleeds red as I struggle to open my eyes. Steel bites steel in the distance, chased by labored shouts. I have fallen in battle. The enemy ignores me; they have left me for dead. I soon will be if I do not act!

I shudder as I shift my weight onto one leg. I have been stabbed at least twice, and my bleeding brow makes it difficult to see. I must tend to these wounds before I bleed to death!

Fallen condottieri float in the muck around me. Most have been slain or scattered by the French cavalry. I must rally the survivors.

Tools Of The Trade

Bianca, my beloved blade, is lost somewhere in the mud. I will return for her, but for now I must arm myself with inferior weaponry. 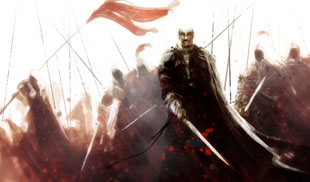 The three detachments who broke us still patrol the outskirts of Agnadello. We were routed and wounded. They have dismissed us. Today, the dead rise!

We charge the northern patrol! To them, it must seem as though we have risen from beneath the mud. Wave after wave we pour into their ranks, blades raised.

Under the guise of surrender, a handful of us approach the western cavalry patrol. The bulk of our army waits in the vineyard, ready to flank!

Atop the enemy's own steeds and wielding stolen weapons, we ride down the remaining patrol! We will lose horses to their pikemen, but we have the numbers.

Vying For The Village 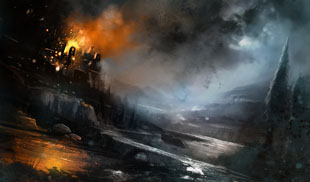 Stunned villagers wander the streets, but it appears the enemy has left Agnadello. Surely Louis would not abandon his prize! We must prepare for another attack!

One section of Agnadello still burns! Its residents have mostly evacuated, but we wish to win their trust. We will help them control the blaze.

Some of the villagers are eager to fight alongside us. Some of them are veterans, long since done with war. Others are young and eager to fight back against the invaders. We turn none away.

The local blacksmiths have offered us their forges. They work through the night to provide us with more weaponry before the French return.

Though the villagers fear retribution for aiding us, we push them to help us gather supplies. We promise to defend Agnadello.

We have done our best to prepare, but the storm is upon us! Louis XII's armies have returned. We needed more time! The enemy cavalry tears through the streets of Agnadello! We brace for impact!

Retrieved from "https://assassinscreed.fandom.com/wiki/Italian_Wars:_Chapter_1_%E2%80%93_Bartolomeo_d%27Alviano?oldid=809544"
Community content is available under CC-BY-SA unless otherwise noted.