Assassin's Creed Wiki
Register
Don't have an account?
Sign In
Advertisement
in: Articles in need of sources, Articles that need updating, Templar Order,
and 2 more

Inner Sanctum of the Templar Order

"The human body has its heart. The Earth has its core. All things have a center, whence comes their deepest strength. The Templar Order, too, has its Inner Sanctum. Nine there must be, three times three."
―Alan Rikkin during Simon Hathaway's induction, 2016.[src]

The Inner Sanctum of the Templar Order, also known as The Nine[1], is a group made up of the best and brightest members of the modern day Templar Order. The nine Master Templars comprising the Inner Sanctum held the highest positions within Abstergo Industries and its subsidiaries and theoretically have full awareness of all Templar plans.

Any major decisions made by the Inner Sanctum was reviewed by the Guardians before passing them on to the General of the Cross and the Council of Elders for approval. The Inner Sanctum was also in charge of supervising the Grand Masters of all Rites around the world, overseeing them and keeping their number under strict control.

The anonymous and feared inquisitors of the Inner Sanctum, the Black Crosses, enforced the Templar Code under the Nine's authority. The Sanctum giving them the authority to use any means necessary, even deadly force, to root out any corrupted members, from novice to Grand Master, from the various Rites of the Order.

During Simon Hathaway's initiation into the Inner Sanctum of the Templar Order, he noted that the ritual garb had been made by hand and not machines, ranging from the sheep being hand-sheared and the wool carded, spun and dyed by human labor. This showed the Templar's ritual garbs were much like those worn by Templars across the centuries, which Simon, as a historian, valued and admired due to the Templars putting in effort towards genuine authenticity.[2] 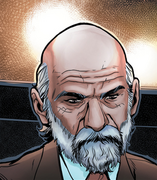 While the Inner Sanctum of the Templar Order has only been used in modern day context, the number nine occurs multiple times throughout Templar history: the number of men that Bernard de Clairvaux sent to Solomon's Temple,[5] the number of Levantine Templars that Mentor Al Mualim tasked Altaïr Ibn-La'Ahad to kill in his Hunt for the Nine,[6] and the nine agents sent out into the world by Jacques de Molay during the persecution of the Templars.[7] It is unknown if these other groups constituted as previous iterations of the Inner Sanctum.

Warren Vidic and Laetitia meeting with the Master Templars 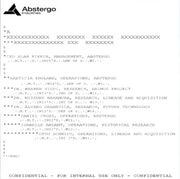