The House of Borgia, or Borja, was a Spanish-Italian noble family that came to prominence during the Renaissance, when they acted as a striking embodiment of the Templar Order. Notable members include Rodrigo, Cesare and Lucrezia Borgia, and the family is known in modern times for their corrupt practices. In 1492, with Rodrigo Borgia's election as Pope, the family became the ruling body of the Papal state. As a result, the city of Rome declined into corruption, theft, murder and oppression. 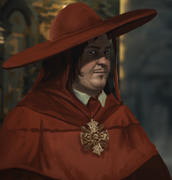 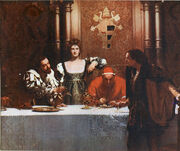 Retrieved from "https://assassinscreed.fandom.com/wiki/House_of_Borgia?oldid=831295"
Community content is available under CC-BY-SA unless otherwise noted.