Holidays: Chapter 1 – Ghosts of Christmas Past 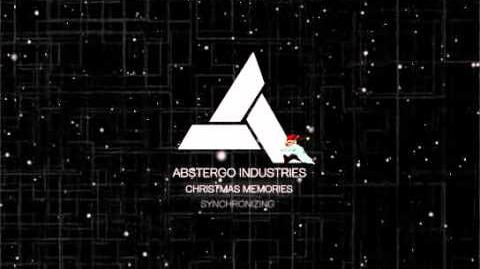 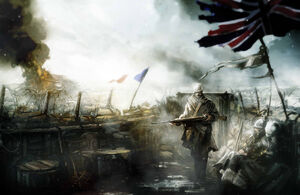 Winter now grips this great war and we can only tuck ourselves into our coats and our trenches, tuck our minds away in the midst of much suffering. It will be a long, cruel season and, for those of us who survive it, we will see more before this conflict ends.

It's Christmas Eve and we're dying down here in the trenches. I do my best to tend to these men, but here I am no healer. At best, I am a stopgap until they are pulled from the battlefield or buried beneath it.

The frolicking song from the enemy lines grows louder, but it is not a taunt. Maybe they want us to let down our guard? No — they are singing to us, projecting their voices. Has the war ended?

The Germans come bearing gifts. Mostly things they can replace like badges and buttons. Their English is as poor as our German, but they are nervous. They realize the risk they take and they're not sure how we will respond.

A German general walks onto the field. I know this man! He is Erich Albert. High ranking. Rumored to be a genius. He appears awkward at first, but soon relaxes and joins his men in the celebration. 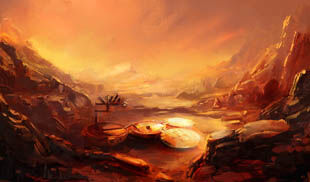 Six days ago, the Mars Express Orbiter hurled the Beagle 2 towards the red planet. 66 million pounds spent on equipment, 3 years of intense research and construction, and now… we wait to learn if the bloody thing even survived its landing.

The crowd gathering outside the LOCC is making me nervous. The more eyes on this, the harder my work. Fortunately, most are more distracted by the holiday than the landing, including some of the engineers who have worked so hard on this mission.

Done and done. Computer's in its bag, systems normal, and best of all… nobody suspects a thing. Pup's got a new owner and she needs to take him walkies.

I'm in a quaint cafe waiting for my contact. His name is Robert Getas, an American entrepreneur who contacted me nearly five years ago and dumped a lot of money on the table. I've never met him, but I've done my research. Fancies himself a world-changer.

Slip of the Tongue

Rob walks with me outside and before we part, I laugh and tell him that this whole thing is pretty ironic. Me trading out the Beagle when my Mum always tells me we've got Darwin in the family tree. Rob stares at me. 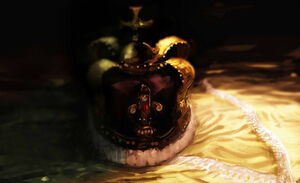 They defied the monarch and forced war upon us. They even banned Christmas celebrations. Worst of all, they beheaded my father, the king. After years in exile, I am home. I stand ready to reclaim what is mine.

The men are exhausted after such a long march, but none complain. I look at them with no small amount of pride. We are ready to face the Roundheads. I will soon take my rightful place!

We are away from Worcester, but our journey is only beginning. The lords who have helped me escape remain loyal, willing to die to save their king. It is best I travel with only a handful of retainers. I leave most of my men behind. May God watch over them!

Curse Cromwell and his lackeys! I am in exile. Again. I receive letters bearing a strange seal. I do not know the name of he who writes them, for he does not reveal his identity. Yet it would seem I retain influential allies in London.

I am invited to England to receive my crown. I must prepare for my return. There are many things I must do once I am there. Many wrongs I must right! 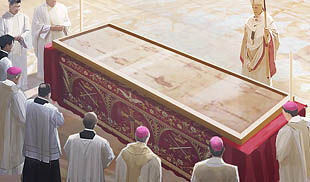 I've got a Christmas present for you. Enjoy! -Erudito

We surround Brutus' body, mourning the passing of one of Roma's greatest defenders, his life taken by his own hand. Marcus Antonius has sent us his finest mantle to wrap the body. A feeble gesture, after all, it was his refusal to stand against Octavian that caused our defeat.

A myth become miracle, the "holy winding sheet" has arrived, freshly plucked from Templar hands in France. I do not want to look at the thing, but I must confirm for myself. I meet my Brothers in the Villa.

This is crazy! What did I do to tick off my bosses? Goose chase in the middle of a war zone while our own boys are dropping the bombs on me. For what? Chance that it may be the real thing? Right… been at this nearly twenty years and I don't even believe it exists.